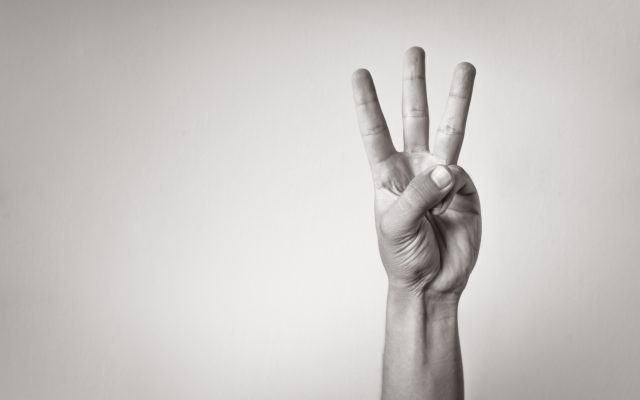 NEO price has reawakened again, rising to above $12 counter to the trend of Bitcoin (BTC) and other altcoins. This is the second significant run for the project following the recent announcement that China was taking a more lenient policy on crypto assets and planning new legislation in 2020.

NEO rose to $12.14, growing by more than 9% as of 2:13 GMT on Tuesday. The asset’s market price has made temporary hikes to a higher range, though for now it sits way below peak prices around $199. But here are 3 reasons why NEO still the potential for another rally.

Only a few weeks ago, Chinese traders seemed to have disbanded and retail chat groups appeared to have moved on, according to Primitive Ventures Founder, Dovey Wan. But the sentiment is changing once again, as China’s President announced renewed interest in blockchain and crypto. Chinese crypto project, NEO, is already starting to see the effects of this promising development, though the prevailing opinion is that the rallies will be temporary, based on hype and narrative.

The NEO network has lagged behind other projects in hosting distributed apps or finance services, but the new Chinese government initiative to invest in local projects could bring about new developments.

Altcoin of the Day: NEO buying opportunity with 100% potential to $20 #NEO https://t.co/RKnNZfiDeB pic.twitter.com/zfBbgBKbQQ

Right now, investors appear to be speculating that the project will receive new attention from Chinese investors soon.

The NEO price charts have started looking very bullish in recent weeks, which in turn, is currently bringing more traders into the market. As BTC stagnates, altcoins are showing the potential for short-term, risky rallies that nevertheless can generate lucrative returns.

$NEO $NEOBTC 2H charts looking bullish as it looks to breakout and push towards recent highs and beyond.

The China narrative is still strong and could provide further upside pic.twitter.com/fDMS0zUnj1

The technical analysis of NEO may add to the heightened trading activity, based on heightened presence on the CoinBene exchange. As so much of NEO volumes are concentrated on one exchange, the asset’s price may go through a highly concentrated pump. Right now, NEO has broken out of a classic bullish pennant pattern against BTC and ETH trading pairs, with rising volume suggesting a promising upward continuation.

The project also has the long-term potential of establishing its new network, NEO 3.0, planned for 2020. This flagship development has been in the making for over 10 years and is expected to bring about native contracts, internet resource access, as well as an enhanced delegated byzantine fault tolerant (dBFT) consensus mechanism.

The most optimistic view is that NEO is also headed for a trend reversal, gaining against BTC and establishing a valuation at a higher level.

2nd time #NEO broke out to the upside and now testing the top of the local range. Gaining this would open new targets at 1494, 1726 & 1838. The last target will also confirm a long term trend reversal. pic.twitter.com/eYXIqwJCbR

The current rally may turn back quickly, but there is also a chance to reverse the trend for NEO. With nearly $100 million inflows from Tether (USDT) and BTC combined, NEO has another chance at lining up with top coins.

What do you think of NEO’s ascent? Share your thoughts in the comments section below!

The post 3 Reasons Why NEO is Surging Right Now appeared first on Bitcoinist.com.

In today’s article, we will be looking at some of the price trends, future developments, and market forecasts to come...