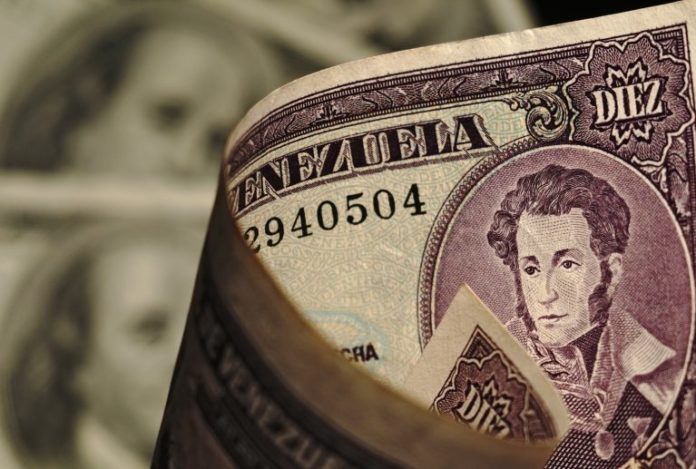 Venezuela has been suffering from rapid inflation as the purchasing power of the sovereign bolivar has become near worthless. Over the last few weeks, Venezuelans have been dealing with blackouts throughout major cities, making credit card readers useless. Additionally, citizens are dependent on remittances from overseas and last month the country became ‘dollarized’ as more than 54% of all sales in the country were processed in U.S. dollars.

Sales in Venezuela Have Been Dollarized

For years now the Latin American country of Venezuela has been dealing with one of the worst economic and political crises in modern history. A corrupt government and failed central planning have destroyed the Venezuelan economy, causing food and medicine shortages, nationwide blackouts, and millions of Venezuelans have been left in poverty. According to citizens, remittances stemming from friends and relatives internationally have been a lifeline for the majority of residents. Statistics show that since 2016, the overall inflation rate has increased by 53,798,500% and the sovereign bolivar has hardly any purchasing power today. So instead of using the bolivar, Venezuelans are resorting to other payment avenues like barter and trade with precious metals, the USD, and a number of individuals are using cryptocurrencies as well. The USD has become so popular in Venezuela it overtook the bolivar in sales last month.

Econoalitica, a Caracas-based research firm, revealed in October that more than 54% of all sales in Venezuela were processed in USD. Asdrubal Oliveros, director of Ecoanalitica, also explained that Venezuela’s second-largest city saw “86% of all transactions” measured in USD last month. Oliveros stressed that residents of the country are surviving from funds being sent to them from families who have migrated elsewhere. There’s now a divide of people who have “access to hard currency, and those without,” Oliveros stated.

“Venezuela lives in an economy dominated by dollar transactions,” the Ecoanalitica director said. “This excludes those who only have access to bolivars, whose ability to buy things is severely restricted.” With a significant dependency on the USD, Venezuela has become ‘dollarized,’ joining many other dollarized nation-states like Ecuador, East Timor, El Salvador, Marshall Islands, Micronesia, Palau, Turks and Caicos, British Virgin Islands, and Zimbabwe. Dollarization is a macroeconomic term that describes how the USD substitutes the country’s native tender when it becomes useless as a medium of exchange.

As an alternative to barter and trade and the use of precious metals, Venezuelans have also discovered cryptocurrencies. News.bitcoin.com recently reported on the Bitcoin Cash House in Barquisimeto, Venezuela run by Roberto Garcia. The local BCH hub educates Venezuelans about the benefits of cryptocurrencies and job opportunities tethered to the industry.

Another entrepreneur in the country spreading adoption is Oscar Salas, the organizer of the Maracaibo city Bitcoin Cash meetup. Salas has been relentlessly driving BCH adoption to businesses in the region and recently discussed his activism on episode 34 of the Bitcoin Cast show. On October 8, Salas shared a picture and a video clip of his talk with over 200 cab drivers in Maracaibo city who learned about BCH first hand. There are ground crews in Venezuela as well with organizations like Venezuela.Bitcoin.com and Aprendebitcoin.org spreading valuable information about cryptocurrencies.

The nonprofit Eatbch Venezuela (@eatBCH_VE) continues to show the BCH community how it is feeding Venezuelans in need using a peer-to-peer electronic cash system. “Long time since we posted pics of these locations due to tech difficulties, but we’re still helping those in need,” Eatbch Venezuela wrote on November 7. In September, news.Bitcoin.com also reported on the team of committed researchers and activists called the Ryver Bitcoin Cash Group surveying Venezuelans regularly. In their weekly studies, Ryver Bitcoin Cash Group community manager Sofia Corona noted that most Venezuelans do not trust the bolivar so the group gives them educational resources about the benefits of bitcoin cash. Lastly, this week BCH fans celebrated the fact that there are roughly 360 bitcoin cash-accepting merchants in Venezuela today according to data derived from map.Bitcoin.com. Similarly to places like North Queensland, Australia, and Slovenia, BCH is accepted by more merchants in Venezuela than BTC-accepting retailers.

“Banks are an illusion of safety and protection, that are really there to monitor and oppress people for the State”

No one is certain if Venezuela’s economy will see the bustling growth it once saw decades ago before the reign of the United Socialist Party of Venezuela. The oil-rich nation does have proven oil reserves, but production is worse than three decades ago. To make matters worse, estimates reveal that the inflation rate in Venezuela may surpass 10,000,000% this year. President Maduro’s socialist regime also introduced the petro, a cryptocurrency allegedly backed by oil and gold reserves. Residents say the average citizen doesn’t use the petro at all and only crooked government officials utilize it to bypass economic sanctions. Maduro’s regime also whimsically raised the value of the petro twice, just like he raised the minimum wage rate 26 times. Despite Maduro’s efforts, Venezuelan citizens are seeking refuge in alternative payment systems like the USD and digital assets.

Venezuela.bitcoin.com is also making strides in Caracas, Maracaibo, and throughout the rest of the Latin American country by bolstering Bitcoin Cash merchant adoption in Venezuela. Did you also know you can buy and sell BCH privately using our noncustodial, peer-to-peer Local Bitcoin Cash trading platform? Our Local.Bitcoin.com marketplace has thousands of participants from all around the world trading BCH right now.

NEO price has reawakened again, rising to above $12 counter to the trend of Bitcoin (BTC) and other altcoins. This...