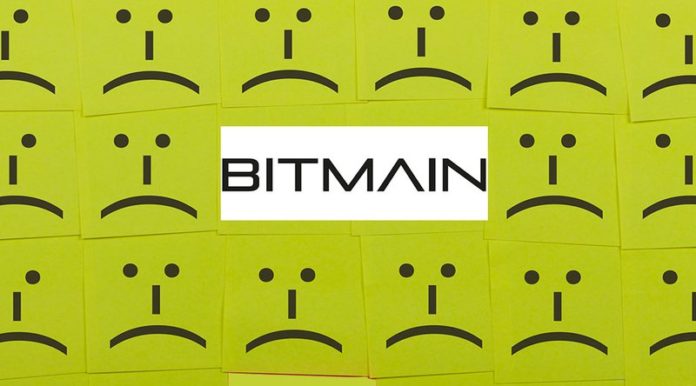 A class-action lawsuit for over $5 million has been filed in northern California against Chinese mining giant Bitmain. The company is being accused of utilizing customers’ newly purchased machines to mine cryptocurrency at full power for its own benefit while customers were configuring their equipment.

“In the past, Bitmain ASIC devices could be configured and initialized in low-power mode that did not mine cryptocurrency for Bitmain. However, after Bitmain established itself as one of the world’s largest cryptocurrency miners in the last several years, defendant redesigned its ASIC devices to mine cryptocurrency for the benefit of itself rather than its customers who purchase the products. Conveniently, Bitmain cashes in on every second it takes to get the ASIC configured with the customers’ specifications and lays the substantial costs of operating the ASIC devices at the feet of its customers.”

The legal documents state that, up until two years ago, the company’s mining equipment was always set to begin operations in low-power mode, and no default account was ever set to receive extracted coins. This situation seems to have changed.

Among the suit’s plaintiffs is Gor Gevorkyan of Los Angeles, California. The court filing states that Gevorkyan purchased Bitmain ASIC devices, including the AntMiner S9, to mine cryptocurrency in January 2018. The document says that the device was extremely difficult to configure, and thus the process required a “substantial amount of time.” During this period, the devices purchased were pre-configured to mine virtual currency for Bitmain’s benefit.

In addition, the filing claims the device operated at full-power mode by default, resulting in high electricity usage and energy bills for Gevorkyan. The item allegedly continued to mine cryptocurrency for Bitmain until it was configured to Gevorkyan’s personal crypto account.

Bitmain’s mining equipment is reported to require an exorbitant amount of energy when operating at full speed. The Antminer S9, for example, allegedly requires up to 1,375 watts of power. Compare this with a standard lightbulb, which operates at 60 to 100 watts of power. In addition, the court filing claims Bitmain’s mining devices can take anywhere between several hours to a few days to configure.

In all, the filing says that the plaintiff class “is so numerous that joinder of all members is impractical. On information and belief, the class includes more than 100,000 members.” Legal representatives of the class are introducing certain criteria to narrow down the class size to just over 100 individual members, though, at press time, these criteria have not been relayed to the public. The documents do say, however, that all plaintiffs will be parties that have sustained “economic injury” from the “defendant’s violations of common and statutory law as alleged herein.”

The court documents also mention that Bitmain violated the Unfair Competition Law (UCL) in that the company’s behavior “offends public policy and is immoral, unethical, oppressive and unscrupulous” and thus offered no benefits to customers. Lawyers for the plaintiffs are demanding that their clients be compensated for any out-of-pocket fees incurred from Bitmain’s “unfair and deceptive” practices, as well as interest at the highest rate and payment for attorney fees and costs.

The case was filed on November 19, 2018, in Santa Clara County in northern California, as this is where Bitmain, Inc. lists its principal place of business. The next step will be jury selection, and a trial date has not yet been established.

Ohio is now setting up an official website to allow businesses to pay taxes with bitcoin.According to a recent article...