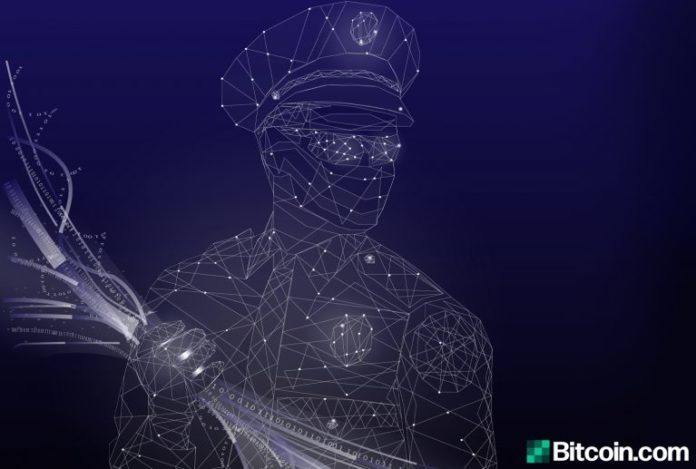 Ever since governments worldwide started showing adversity toward cryptocurrencies like bitcoin, a few startups have dedicated their business model to blockchain surveillance. Two weeks ago, Chainalysis revealed the company is monitoring 21 different tokens that stem from Ethereum. On Tuesday, the firm Ciphertrace announced that it’s now tracking 700 cryptocurrencies providing “visibility into 87% of the global trading volume.”

Blockchain surveillance teams have been ramping up operations in order to appease governments and law enforcement agencies worldwide. On October 3, blockchain forensics firm Chainalysis told the public that the company was now tracking ERC20 tokens like maker (MKR), dai (DAI), and Basic Attention Token (BAT). Chainalysis’ cofounder Jonathan Levin said that regulators and investigators were interested in monitoring these tokens since they started being used in illicit and fraudulent activities. For instance, in September 2017, the ERC20 exchange Etherdelta was hacked for thousands of dollars when a hacker used a malicious code injection attack and drained ERC20 tokens from people’s wallets. Two years later, burglars robbed the trading platform Cryptopia’s ETH and ERC20 tokens stealing more than $16 million.

“[Chainalysis Reactor] is already being used by law enforcement to investigate hacks and other illicit activity across blockchains,” the firm explained in a blog post.

The blockchain surveillance company, Ciphertrace, has also increased its monitoring and the business now tracks 700 different cryptocurrencies. Ciphertrace believes it is one of the world’s “most comprehensive” cryptocurrency intelligence teams out there and the latest update was considered a “giant leap.” Digital assets being monitored include LTC, USDT, BCH, ETH, BTC, and ERC20 tokens as well. “[The infrastructure] provides visibility into 87% of global trading volume with hundreds of millions of attribution data points,” Ciphertrace disclosed. The company’s announcement added:

Various government agencies worldwide have been utilizing Blockchain forensics for quite some time and the business model has become very profitable. In the U.S. alone, the IRS, DEA, ICE, FBI, and other three-letter agencies continue to hire firms like Chainalysis, Elliptic, and Ciphertrace. All of these crypto surveillance companies believe the software deployed has powerful de-anonymizing capabilities that can help financial institutions and government agents discover illicit behavior. Ciphertrace divulges that the company leverages monitoring schemes like advanced APIs, interactive visualization, a graph database, and pattern recognition in order to de-anonymize digital currency transactions.

What do you think about Chainalysis tracking ERC20s and Ciphertrace monitoring 700 cryptocurrencies? Let us know what you think about this subject in the comments section below.

Layer1, a cryptocurrency infrastructure platform, has secured $50 million in series A funding in a bid to revolutionize the bitcoin...