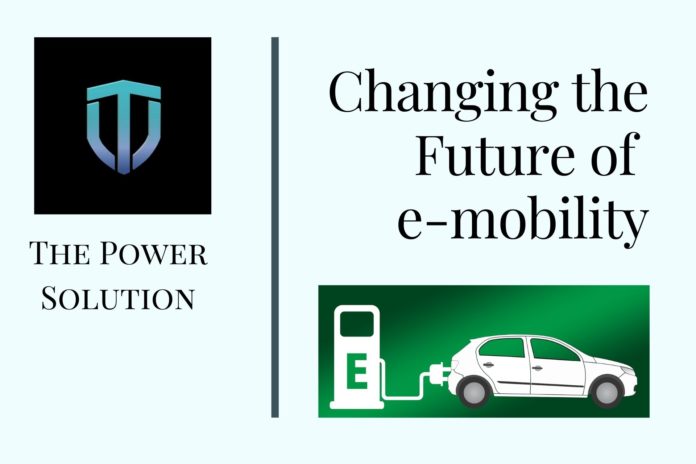 There are two aspects of a project that every user needs to understand before testing the waters. These pertain to the solution provided by the platform and the accessibility supplied to the users with the help of coin.

This entire project’s core idea is helping users realize that they can become an energy supplier and start earning by selling electricity. Enabling every user to become an electricity supplier will reduce the need for dedicated electric vehicle charging stations and help the users earn passive income.

Decentralization of the power distribution is the mission of this project. After foreseeing a future dependent on the electric power distribution in the transport sector, the developers have built a project to make every house owner, a store owner, or any other business establishment an electricity supplier.

The TPWR project will run on the blockchain and work as an electric-charging ecosystem. This means that any user can provide a charging facility at their behest on their own prices.

So, instead of supplying the extra electricity generation back to the power companies, which will only exploit the surplus, users can divert this to a place where it is actually needed.

The TPWR platform will integrate with the consumers and suppliers. As a use case scenario, if Consumer A wants to find out a single-phase charging connection while driving to another location, they can find it on the platform that has listed and authenticated suppliers.

All the suppliers will receive a dedicated barcode that will be displayed at the charging station. The user can connect with the account via the barcode and start charging the vehicle. After completion, the cost of charge will be deducted from the user account and transferred to the supplier’s account on the same platform.

There are a lot of vertical and horizontal possibilities added to this simple yet innovative concept. The electricity suppliers are called Fully Integrated Stations or eCharge stations. The customers looking for the electricity supply are Active Users. Any charging station owner can also rent the place to other vendors.

In addition to this, Wallbox has recently acquired Electromaps (another borderless charging solution). This implies that the TPWR and Wallbox project is going to transform and cover the nation’s on-the-go charging needs with easy and smart solutions.

The TPWR Coin | Its Role, Tokenomics, and Rewards

Since the project leverages the connectivity and decentralization power of blockchain, it needs to have a dedicated currency for transactions. The TPWR coin runs on the PIVX blockchain, and it runs with the Point of sale mechanism plus master nodes program.

60% of the reward distribution is done via master nodes and 40% as staking rewards. There is an unlimited coin supply, which means that the price of the coin can be influenced by the demand and supply forces. This is going to become one of the major checks and balances in the coin price.

If there is higher demand, the price will rise and vice versa. Coming back to the staking part, the users can become master node operators after depositing 1777 coins as collateral. Furthermore, the entire platform is truly transparent and the users can also check the transactions on the Open Chains Block Explorer to keep a track of all the exchanging hands.

The TPWR coin can be bought from several exchanges, including Vault, BitSails, Altmarkets, Rapidhost, ihostmn, Harcomia, Coinpaprika, and others. So, the TPWR will act as a medium of transaction and can also be staked for rewards.

When the TPWR comes into circulation and changes hands, it will become even more accessible and eventually a staple to conduct these transactions. So, the only way The Power Solution can go is upwards as the whole project relies on the commodity that will run the future, and it will be transacted by a technology that is slowly gaining traction.

Combining both these aspects, it can be said that The Power Solution is going to change the face of cryptocurrency’s usage in the everyday market. At some point, every electric car owner may need to engage with the project to benefit from the services provided.

A Solution to a Problem

One of the biggest advantages that TPWR will solve is to create shared charging stations across the area without pride or prejudice. There is no monopolistic market establishment here, and everything runs on the forces of demand and supply.

Moreover, the charging stations are also faster, better, safer and have more Features. This project has covered the entire sphere of operations to bridge the gap between suppliers and consumers.

To get the maximum market orientation and get the momentum running, the TPWR and Wallboxes are also running a Gofundme Campaign to get the potential investors and users onboard.

With eMobility enthusiasts, the next step will also be to build up their own wallbox locations which will support the mission in cooperation with their own business units.

The Power Solution is unique, innovative, and a concept that is truly ahead of its time. Even though the number of electric cars today is less, it is going to increase in the future.

So, instead of giving the power of the fuel (electricity) distribution of e-vehicles in the hands of the big companies, this project lends that power to the everyday user. This is not only going to save the customers from predatory pricing, but also give them unlimited access to the charging stations on the road.

For the sellers, this will become a fantastic opportunity for adapting to the cryptocurrency world and entering the future with better profits in hand.