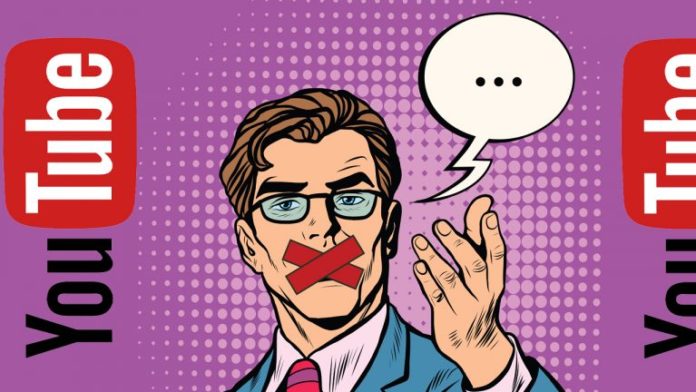 In mid-May, news.Bitcoin.com reported on one of our mining pool videos being censored and banned from the video-sharing platform Youtube. The report had shown how Youtube has been censoring videos for a long time now, and the CEO specifically told the public certain coronavirus films would be removed. Youtube’s censorship has caused a number of individuals to search for decentralized video sharing platforms, and one particular project called Lbry.tv has been gathering a lot of traction.

Censored Youtubers Are Migrating to Lbry.tv

Censorship is abundant these days, as many of the massive social media platforms and video sharing sites are censored and policed on a regular basis. Just recently, Bitcoin.com’s official Youtube account was warned for sharing a video about bitcoin mining and people witnessed mass censorship on Youtube caused by the coronavirus.

Months before Covid-19, many crypto-focused Youtube channels were also banned and removed from the platform. The iron curtain tethered to Youtube has invoked a number of crypto advocates to leave and join a more decentralized concept called Lbry.

Lbry is a sharing platform that uses blockchain technology to enable users to publish material and get paid for doing so. People using Lbry’s service can monetize their published material with its built-in payment system. The creators of the Lbry project state:

Lbry is a new protocol that allows anyone to build apps that interact with digital content on the Lbry network. Apps built using the protocol allow creators to upload their work to the Lbry network of hosts (like Bittorrent), to set a price per stream or download (like iTunes) or give it away for free (like Youtube without ads). The work you publish could be videos, audio files, documents, or any other type of file.

In addition to the main Lbry blockchain, the project has also introduced Lbry.tv, a similar platform to the likes of Youtube but without censorship and centralization. The creators of Lbry call the platform Lbry.tv, “a nearly feature-complete web version of Lbry desktop, a browser for the Lbry network.”

Because of the censorship and centralized video sharing platforms manipulating video shares and adding horrible advertisements, many people have migrated to the Lbry platform for quite some time now. The developers behind the project note that the video sharing portal has:

It will take some time, but censorship-resistant and decentralized platforms will someday be the new norm. The masses are slowly beginning to see the problem and there are tools out there that can decentralize social media and video sharing techniques across the web.

What do you think about Lbry and Lbry.tv? Let us know in the comments below.