In a way, the cannabis and cryptocurrency industry have a lot in common. In 2017, the cryptocurrency industry caught the world’s attention when the market cap temporarily boomed up to $600 billion; over the past year, the burgeoning cannabis industry has gained so much traction that some analysts believe it could hit $40 billion by 2020. Now that marijuana has been legalized in Canada, we could see that figure even sooner.

Hype isn’t the only thing that these two industries share, however. “Both [industries] are emerging, both are years ahead of the regulations, both are in the eye of big money, both are controversial and both experience a love or hate relationship with the public and/or media,” Paragon CEO Jessica VerSteeg told Finance Magnates. Paragon is a blockchain-based supply chain platform designed specifically for the cannabis industry.

Indeed, the two industries share quite a big of stigma–in the US, both markets are seen as high-risk. Additionally, despite the fact that neither industry is regulated clearly, regulators in the US are all too keen to jump down the throats of crypto and cannabis companies.

Oddly enough, this ragtag duo of stigmatized industries could have a lot to offer each other. Indeed, the technological offerings of blockchain technology and cryptocurrency could be used to make the cannabis industry more stable, secure, and trustworthy; at the same time, a successful, widespread implementation of blockchain and crypto could legitimize the technology.

Let’s take a deep dive to understand why this unlikely pair may be a match made in heaven–or not.

The Cannabis Industry Has its Fair Share of Issues

One of the most pressing issues that the cannabis industry faces is that cannabis-based businesses are forced to go without banking. This is banks are banned from servicing businesses that are still considered to be illegal under federal law (and indeed, cannabis is illegal under US federal law–it has only been legalized on a state-by-state basis.)

At the same time, cannabis-based businesses are legally prohibited from holding more than $100,000 on the premises at any given time. Holding more than this amount leaves businesses vulnerable to theft in addition to legal trouble. Failure to meticulously report finances to the proper authorities could also result in asset forfeiture.

The fact that marijuana-based businesses are barred from using banks also means that they are forced to make tax payments in cash. The Economist wrote about the state of Oregon as a case in point: “sellers who declare sales have had to bring tax payments in cash every month to a guarded, bulletproof site in Salem, the state capital, no matter the distance they must travel.”

The report went onto explain that while “operating only one such ‘cash-transaction unit’ saves the revenue department money,” it also reduced the number of marijuana sellers who would report sales. Therefore, it’s likely that the government isn’t collecting as much tax revenue from marijuana businesses as it should be.

How exactly could cryptocurrency and blockchain technology address these issues? For one thing, cryptocurrency could provide a legal way for the cannabis industry to store its surplus of cash. While businesses owners could find cryptocurrencies like Bitcoin to be too volatile in price to safely store large amounts of cash, stablecoins and other kinds of cryptocurrencies that have been designed specifically for the industry could solve this problem.

Indeed, PotCoin was originally created in 2014 as a possible solution to the legal strain that had been placed on marijuana dispensaries. However, it has failed to gain any kind of serious traction (aside from the bizarre episode when NBA player Dennis Rodman wore a PotCoin.com t-shirt on a media-heavy trip to North Korea.)

“Cryptocurrency is definitely better than cash payments. Anything that would allow us to simplify transactions is right for business,” wrote Serge Chistov, financial partner of Honest Marijuana Company, in an email to Finance Magnates. The Honest Marijuana Company utilizes all-natural cultivation methods to produce organic and eco-conscious cannabis products. 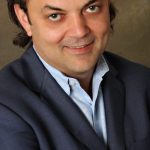 “We are totally for any simplification of the transactions. With cash, we deal with taking the bundles of cash, packaging it into bags, etc and it can be very challenging,” he wrote.

Cryptocurrency Is Great for the Cannabis Industry in Theory, But Hasn’t Been Adopted in Practice

However, “When it comes to cryptocurrency in general, I am not seeing a huge demand for it in the states…I haven’t seen it as more than just a marketing gimmick at one or two expos…At this stage, I do not believe that cryptocurrency has enough traction for dispensaries to actively engage in receiving such transactions.”

Indeed, Chistov said that traditional banking may beat crypto to the punch. “Right now, banks are becoming a little bit more available to the dispensaries,” he said. “It looks like the banks are considering options such as reverse ATM transaction in which the payer puts money into an ATM machine and the bank then transfers it to the intended recipient.”

Some Companies Have Shied from the Payments Side of the Industry

Other blockchain firms that have been created to fit into the marijuana industry have made a conscious decision to stay away from the payments and cash storage side of the business. VerSteeg said to Finance Magnates that her company has focused on the supply chain side of the industry in order to avoid legal troubles. 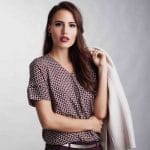 “Both crypto and cannabis are largely in the gray area when it comes to federal regulations,” she explained. “For that reason we never promoted our crypto as a form of payment for the cannabis itself or a competitor to any other cryptocurrency, our goal is to have the best blockchain-based software for seed-to-sale supply chain tracking in the cannabis industry.”

And indeed, blockchain could have a lot to offer to cannabis consumers and businesses in terms of supply chain.

VerSteeg added that the nascent nature of the legal cannabis industry in the United States provides a unique opportunity for blockchain adoption. “Cannabis gave the blockchain a sort of ‘sandbox’ environment for supply chain tracking, because other industries, like food for example, have existing software for many years and it’s difficult to move those behemoths from their existing solutions to something innovative like blockchain.

“But once the technology will prove it’s strength and usability with cannabis, it will be an easier sell for other sectors of the economy that require supply chain tracking.”

Additionally, a blockchain-based supply chain solution could make it easier for distributors to comply with local regulations. “Due to the complex laws surrounding cannabis in the US… the supply chain was always and without blockchain will always be somewhat fractured. Specifically, in the US it’s difficult to achieve uniformity when federal law conflicts with state laws, and not all county laws are the same in one state.”

“Each legal US State and county has done a lot of work detailing all of the compliance requirements and we’re tailoring the development of our software around those regulations,” she said. “Localizing our product for other markets and adjusting it for their regulations is rather an easy task for us, but North America is a top priority for us as it is the biggest cannabis market in the world.”

Cryptocurrencies Could Solve 2 Big Problems for the Cannabis Industry via @Entrepreneur @scottpmcgovern https://t.co/J4XB2TKwK6

Blockchain Could Help the Cannabis Industry, But Some Believe that it Isn’t Really Necessary

However, not everyone is so keen on blockchain for the cannabis space. Kfir Kachlon, Adv. Investments Principal and Cannabis-Tech Lead at OurCrowd, and Josh Liggett, Senior Investments Analyst and FinTech/Blockchain Lead at OurCrowd, told Finance Magnates that while blockchain can “definitely” be used as a supply chain solution for the cannabis sector, “it’s not ‘more suited’ than any other logistics network.” OurCrowd is an equity crowdfunding platform built for accredited investors to provide venture capital funding for early-stage startups. 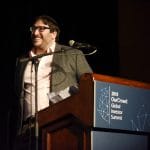 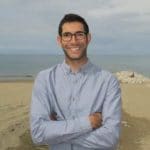 According to Kachlon and Liggett, this is because the practice of “having validators confirm the source of product could be applied to any logistics network, and not just the cannabis industry. At the same time, the type of blockchain architecture used for the solution can either provide consumers with a better insight into the network itself, or provide little difference from existing solutions.”

Indeed, there have been a number of cases in which the hype of blockchain has taken precedence over how useful it actually may be for a certain purpose. In these kinds of cases, marketing and strategy are key: blockchain could indeed be the path forward. However, blockchain companies must not rest on their laurels: if they want to gain a foothold in the cannabis industry, the time is now.