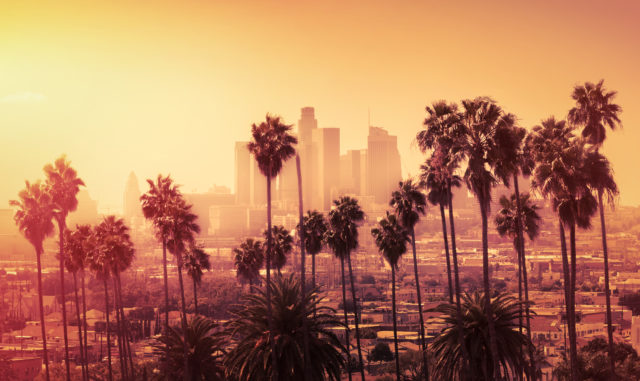 On Wednesday, Bitcoin was pushing $9,500. The cryptocurrency had finally begun to rally after sustaining a dip to $8,900 on the weekend.
Many said that BTC was poised to rally even higher. One trader, for instance, shared charts indicating that Bitcoin was on track to hit $10,500, then $11,500 as bullish momentum ramped up.
But the S&P 500 has had other plans for this nascent market.
On Thursday, the leading U.S. stock market index plunged at the open. As of the time of this article’s writing, the S&P 500 is down by 0.7%.
Bitcoin followed suit, falling in step with the market as can be seen in the chart below.
Bitcoin price chart with S&P 500 futures (ES1) overlay from TradingView.com
It’s not just on the smaller time frames that Bitcoin trades with the S&P 500.
Digital asset investor and fund manager Charles Edwards shared the chart below late last month. It shows that whenever there have been high “levels of fear and uncertainty” in the market, the S&P 500 and Bitcoin have been linked at the hip.

Bitcoin & stock correlation in 2020.
We have (sadly) “re-coupled” as of 10 June. Correlations at all time highs.
Notice the trend?
High levels of fear and uncertainty (eg. VIX) = high levels of correlation. pic.twitter.com/rKPjXpdz73
— Charles Edwards (@caprioleio) June 21, 2020

Why Bitcoin Trades In Tandem with the S&P 500
The cause of the sudden tick-for-tick correlation has been puzzling to many traders. Before this, Bitcoin may have had a macro correlation to other markets, but not at the level we’re seeing today.
A trader says that the correlation is somewhat explainable. Responding to Bitazu Capital’s Mohit Sorout, who was commenting on the absurdity of the correlation, the trader said:
“It comes from an overall thin market. Derivatives are doing record low volumes and generally haven’t recovered any of their open interest as a whole. Coinbase daily volume is ~$80m on most days and BitMEX is getting dragged around by it (which drags around the other derivs).”
It Can Be a Good Thing
Some see the correlation as a bad thing, but another correlation analysis by pseudonymous trader “PlanB” begs to differ.
As reported by Bitcoinist previously, the quantitative analyst said that Bitcoin has a 95% (R squared) correlation with and is cointegrated with the S&P 500. To him, this is a good thing because the Federal Reserve is incessantly supporting stocks, and by extension, BTC:
“Yes FED tried to stop QE in Nov 2018, the effect on S&P and BTC were similarly disastrous. FED will never do that again. IMO there is no turning back, it is QEternity,” the analyst wrote in reference to the Federal Reserve’s recent policies.
Executives from Goldman Sachs, however, say that the correlation diminishes Bitcoin’s investment case.
Two executives said in a client call earlier this year that owning BTC doesn’t make sense due to its unpredictable correlations. This was seemingly in reference to the fact that sometimes Bitcoin trades like the S&P 500 and other times like gold or silver.
Featured Image from Shutterstock
Price tags: xbtusd, btcusd, btcusdt
Charts from TradingView.com
Analyst Explains Why Bitcoin Is Trading Almost Exactly Like the S&P 500

Coinbase Inc is planning a U.S. stock market listing for later this year or early 2021, Reuters reported on Thursday....