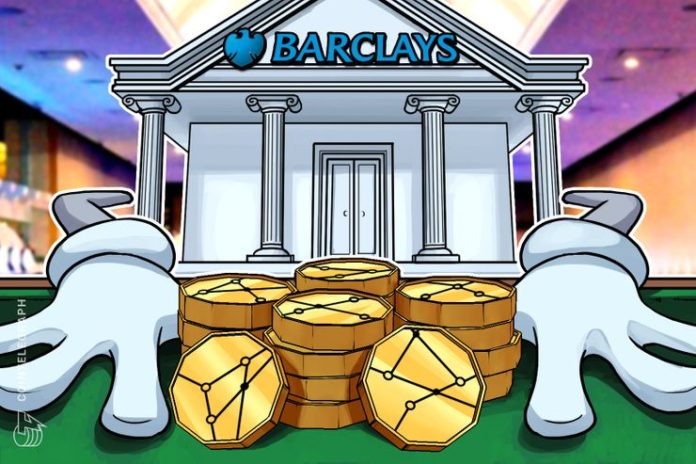 UK-based bank Barclays has denied it is working on cryptocurrency products despite two employees removing LinkedIn evidence they were doing so after receiving mainstream media attention, Business Insider reports August 6.

According to Business Insider, Matthieu Jobbe Duval and Chris Tyrer, whom Barclays confirmed worked for the bank, had listed cryptocurrency-related duties on their LinkedIn profiles.

Duval had written he was involved in a “digital asset project” and was “hired to produce a business plan for integrating a digital assets trading desk into Barclays’ markets business: revenue opportunity, competitive landscape, budgeting and planning for delivery, I.T. buildout, capital & balance sheet impact.”

After Business Insider approached Barclays for comment, however, Duval removed the information while nonetheless confirming it was “accurate.” Tyrer, whose LinkedIn had described him as the head of the digital assets project, declined to comment.

Barclays told Cointelegraph that they have “no plans for a crypto trading desk.”

As of press time, Duval and Tyrer’s LinkedIn profiles still show positions at Barclays working with “digital assets,” but all information detailing the specifics of the jobs is not listed.

Barclays, as well as Duval and Tyrer, have not responded to Cointelegraph’s request for comment by press time.

The curious events continue what has become a growing trend among banks of denying cryptocurrency interest at a senior level while appearing to actively develop an approach to the phenomenon elsewhere.

This week, Goldman Sachs insiders said the bank planned to offer “crypto custody” services despite a spokesman telling Bloomberg it had “not reached a conclusion” on digital assets.

A similar story emerged from BlackRock, the world’s largest asset manager, whose CEO Larry Fink last month claimed none of its clients had an interest in cryptocurrency exposure while at the same time the company formed a working group to assess Bitcoin involvement.