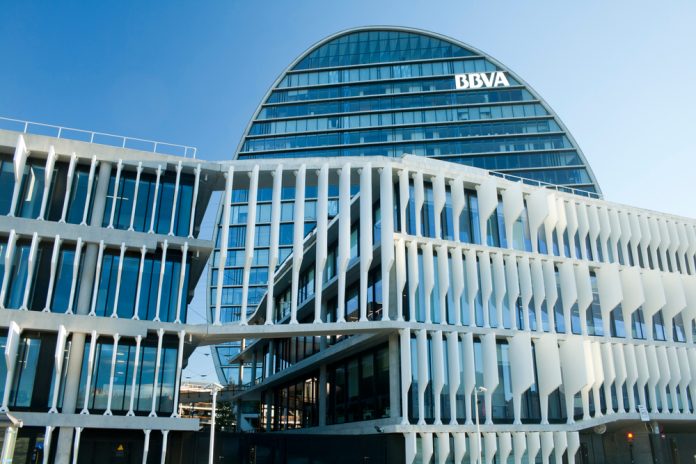 BBVA uses Ethereum blockchain for loans to power grid operators BBVA, the Spanish bank giant, has completed a pilot project that has placed a syndicated loan of over $ 150 million into the blockchain. According to a Financial Times report, the bank has arranged the loan for Spanish electric utility Red Electrica ….

The Spanish bank giant BBVA has completed a pilot project, which put a syndicated loan of $ 150 million in the blockchain. According to a Financial Times report, the bank has arranged the loan for Spanish electric utility Red Electrica.

A syndicated loan is a loan in which a group of banks jointly provide loans to a single borrower.

The data for the loan was timestamped at each stage of the process. The loan agreement was finally signed between the three banks and recorded in the Ethereum Blockchain, which maintains its “authenticity”.

In a traditional syndicated loan process, banks rely on faxes to exchange complex information, which delays the process and is expensive. Blockchain can help banks exchange information in near real-time, reducing the loan process from a few weeks to a day or two.

BBVA is planning further blockchain syndicated loan pilot projects. In April, the bank has already issued a $ 91 million corporate loan in a pilot project. Both a private ledger and the public Ethereum Blockchain were used.