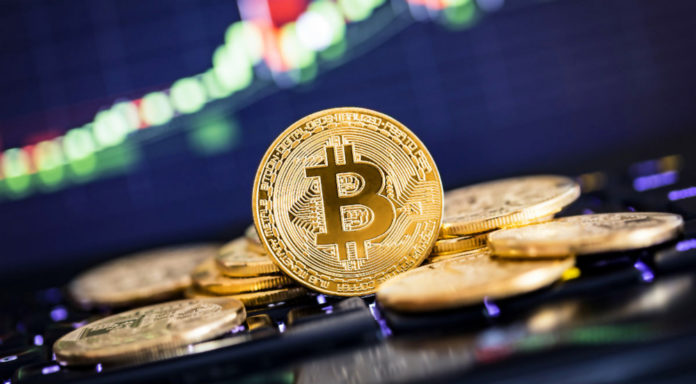 The year 2019 had brought new hopes for Bitcoin enthusiasts, as the largest cryptocurrency managed to rebound from the lows and reached levels not seen since the first half of January 2018. A bullish parabolic structure had started on December 15th and took Bitcoin from $3,100 towards $13,800 in 6 months and now the question remains whether these gains will be sustainable in the near future.

That is why today we’ll look at some interesting facts about Bitcoin as well as some major factors that have the potential to influence its performance in the second half of the year.

Coming after a severe bearish market in 2018, few people expected to see Bitcoin back in the game, but it looks like the extremely oversold conditions had been a strong reason for buyers to step in aggressively. At the time of writing, Bitcoin is trading around $10,130 on the Coinbase exchange,  has a $181 billion market cap, and 68.9% market dominance.

However, despite the better-than-expected performance, the Bitcoin price action does not look good and it may be a negative sign for the H2 2019 prospects.

Looking at the chart below, we can easily notice the nice bullish parabolic structure that drove Bitcoin up in the first half of the year. What’s worrying for Bitcoin buyers is that the price is locked in a triangle-type formation since the end of June.

Parabolic moves are very powerful, but at some point in time, they will fade. Unfortunately, the are against the buyers, given that these market structures end with very violent moves. We had impulsive buying on the upside and we should expect Bitcoin to move south impulsively in the next few months if the theory is correct.

Still, the price action continues to trade inside the triangle and the direction of the breakout is expected to signal where the next dominant move will be headed. At the present time, Bitcoin’s 30-day volatility stands at the June lows and with daily ranges compressing, this might be the preparations for a new strong move.

Catalyzers for the next bullish run

There are several important factors that might trigger the next impulsive move. On the positive side, we’ll have a few decisions from the US SEC regarding Bitcoin-related ETFs. Up until now, the agency had postponed the final call, probably expecting to see some improvements in the industry.

Companies like VanEck, LedgerX, and Bitwise had come with interesting projects and this autumn will be  “make it or break it” for Bitcoin ETFs since the SEC will not be able to make any new delays.

At the present time we already have crypto-related ETFs in Europe but as the largest financial center in the world, an ETF in the US will be major news for the market.

US regulators, as well as important public institutions around the world, expressed heavy critics surrounding Libra, as it could pose serious threats to global finances.With over 2.4 billion users, Facebook has the ability to influence financial transactions made globally, which makes the Libra project to be a weakening factor for Bitcoin.

Widely-regarded as a “black swan” this could be the motivation for governments around the world to start implementing regulation for cryptocurrencies. In case regulatory requirements will be put into place, Libra, Bitcoin, and all of the other digital currencies will be affected.

The 2018 bearish cryptocurrency trend had been mainly fueled by regulatory fears and that could happen again. This time, however, things are more serious, since a US delegation had already traveled to Switzerland, where the Libra Association is based, in order to make contact with local regulators. The latest highlights show that Maxine Waters and the other lawmakers had not changed their view on Libra.

In its latest earnings reports, Facebook had already acknowledged that the 2020 launching date for Libra is at risk of being postponed, mainly due to the rapid surge in regulatory scrutiny. As it pushed Bitcoin up, any new negative developments in the Libra project will definitely fuel a new bearish Bitcoin move. Anything can happen until the current triangle formation will be broken. The volatility compression proves that market participants are waiting on the sidelines for the next big news and it could come before the year ends.

What is TORG? The new cryptocurrency that will redefine meme tokens

Where are the OneCoin Missing Billions?

The Future of Blockchain Interoperability Entering 2022