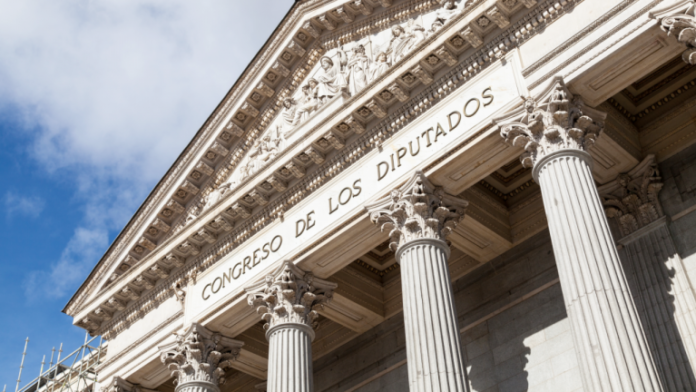 Bitcoin has been sent to 350 deputies of the Spanish Congress as part of an educational initiative similar to the “Crypto for Congress” campaign that sent bitcoin to all Members of U.S. Congress.

The initiative was launched by blockchain education platform Tutellus and Observatorio Blockchain “with the aim of raising awareness about the ‘transcendental’ role that cryptocurrencies are going to have in the transformation of the economy and society,” the publication conveyed, quoting sources from the organization as saying:

We have explained to the deputies that we are in a time of profound changes in the use of money, in addition to highlighting the important role that cryptocurrencies have today.

All the representatives of the ten parliamentary groups in the lower house of parliament were sent an email with the equivalent of one euro in bitcoin on Wednesday, the news outlet detailed.

This move followed the Crypto for Congress initiative by the Chamber of Digital Commerce that sent all U.S. Members of Congress bitcoin as campaign contributions.

While the bitcoin sent by the Crypto for Congress initiative was intended as donations, Miguel Caballero, founder of Tutellus who launched the Spanish initiative, says the bitcoin sent to the 350 Spanish deputies “is not a donation.” He asserted:

Many deputies probably already have some experience in the use of cryptocurrencies, but we would like those who are not yet familiar with the new money, to have the opportunity to get in touch with it.

Caballero added: “With a digital euro on the near horizon, we believe that our deputies, as citizens’ representatives, should be aware of the benefits and risks of cryptocurrencies.”

What do you think about this bitcoin for Congress initiative in Spain? Let us know in the comments section below.

Bitcoin’s price is largely stagnant in the time following its strong move up to $11,400 This consolidation is bullish because...