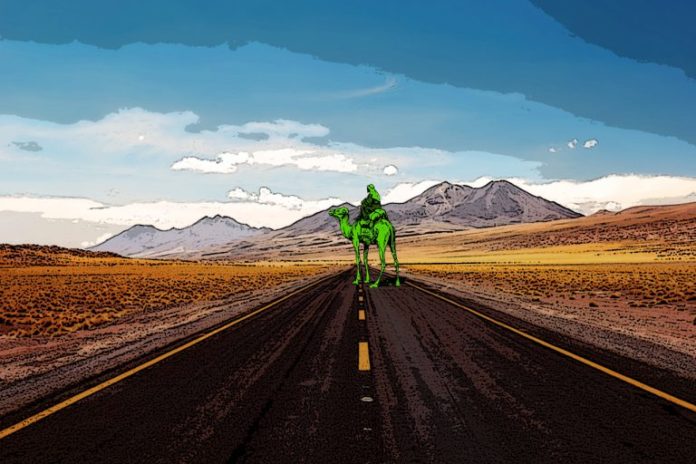 Silk Road launched in February 2011 as the darknet’s first bitcoin-based marketplace. Within four months, it would be the darknet’s most notorious site whose reputation extended all the way to the U.S. Senate. The origins of the drugs marketplace can be traced back further, however, to a philosophical thread on the Bitcointalk forum. It was only later that the significance of this thread would be fully appreciated.

“As a Libertarian, the thing I love most about the Bitcoin project is the chance that it could be truly disruptive,” wrote early Bitcointalk user ‘teppy.’ It was June 2010, and Bitcoin was still very much in its infancy, with its potential use cases still being figured out. “I think that drug prohibition is one of the most socially harmful things that the US has ever done, and so I would like to do a thought experiment about how a heroin store might operate, accepting Bitcoins, and ending drug prohibition in the process,” continued teppy, before outlining his idea for how such a venture would operate.

The proposal was cautiously welcomed, with some users highlighting the hazards (“US government has endless resources and nothing to stop them from doing things they’re not supposed to … I think if it’s high profile enough you would still get busted somehow, something you didn’t think of”) and others elaborating on how it might work. Although the thread was provocatively titled “A Heroin Store,” one user suggested a marijuana store would be preferable because “the risk of getting caught is much more calculable. Your clients are much trustworthier, and your competitioners are not as dangerous.”

A Framework for Silk Road

Although they couldn’t have known, the participants in the thread were brainstorming what would become Silk Road. From the use of Tor to the way packages could be shipped, it was all laid out. It is unclear if the discussion directly inspired Dread Pirate Roberts, or merely crystallized an idea he already had forming, but within two months of the thread appearing, he had begun work on Silk Road. On Jan. 29, 2011, user “altoid” posted a since-deleted response in the heroin store thread that read:

What an awesome thread! You guys have a ton of great ideas. Has anyone seen Silk Road yet? It’s kind of like an anonymous amazon.com. I don’t think they have heroin on there, but they are selling other stuff. They basically use bitcoin and tor to broker anonymous transactions. It’s at http://tydgccykixpbu6uz.onion. Those not familiar with Tor can go to silkroad420.wordpress.com for instructions on how to access the .onion site. Let me know what you guys think.

“So here we go, first Bitcoin drug store,” replied one user. “We’re going into deep water faster than i thought then. I wonder how long will it take for govs to start investigating Bitcoin.” Five months would prove to be the answer, after a Gawker article blew it wide open. Adrian Chen’s article would go on to accrue 3 million reads and spark a DEA investigation into Silk Road.

In early 2011, however, the world at large knew nothing about Silk Road, which was still the preserve of a few libertarians and free-thinkers on an obscure forum dedicated to magical internet money. On March 1, 2011, new user “silkroad” started a thread to promote the anonymous marketplace. The site had only been running for three weeks but “I am very pleased with the results,” they remarked. “There are several sellers and buyers finding mutually agreeable prices, and as of today, 28 transactions have been made!”

In time, those numbers would swell to thousands a day, with the site eventually racking up 1.2 million transactions. The community spirit that characterized the Bitcointalk forum in those early days was readily apparent, as users filled the thread with suggestions on how Silk Road could be improved.

Meanwhile, in the original heroin store thread, one user wrote a prediction on March 24, 2011 that would prove prescient: “Everything … is easily traceable. Using normal mail, there is 99,9% probability you will be caught sooner or later. Actually, anything physical (leaving physical traces) or involving third person is easily traceable, because you only need to find weak link in the chain to find the seller. People are usually the weakest links.” He finished:

I hope silkroad realizes this, because if he doesn’t … sooner or later he will be caught.

Bitcoin History is a multipart series from news.Bitcoin.com charting pivotal moments in the evolution of the world’s first cryptocurrency. Read part 14 here.

Bakkt has made it known that it has been granted approval by the necessary regulators and therefore will be launching...