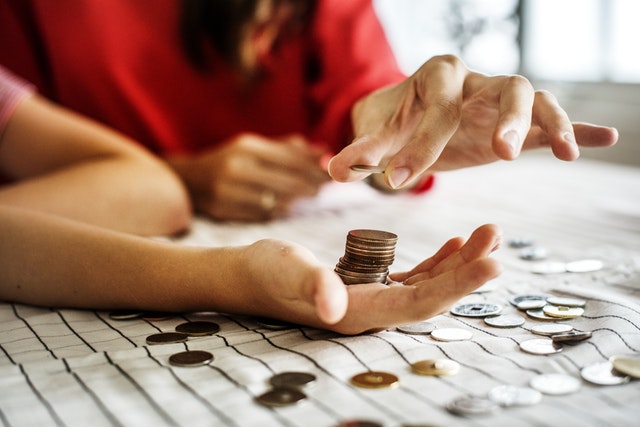 Bitcoin has had its second major crash this year, and its current price is only a fraction of this year’s all-time high. While a lot of investors expected the end of 2018 to bring the end of the bear market and allow BTC to reach new heights, it doesn’t seem likely that his will be the case. Even so, investors continue looking into the future, only slightly bothered by the current drawback.

Many of them remain convinced that this is not the end of Bitcoin, and that it will rise again, just as it did every time in the last 10 years. With that in mind, many are wondering what to expect in the next year or two? Predicting the price is never easy nor accurate, and the further we go into the future, the less accurate these predictions can be.

Even so, 2020 is seen by many as a big and important year, the end of the second decade of the 21st century, which is why many are interested in experts’ opinions what this might mean for crypto. This is why we have collected the best-educated guesses of some of the biggest names in crypto, finance, and technology.

Tom Lee is head of research and a co-founder of a crypto research company called Fundstrat Global Advisors. According to his earlier predictions, he stated that Bitcoin will hit $25,000 by the end of 2018. Of course, this was before the bear market and the second market crash of this year caused all this damage.

His later predictions stated that BTC can still hit at least $15,000 per coin by the year’s end. Lee has also had numerous live TV appearances where he discussed Bitcoin and its price. He also talked about creating an index that would track Bitcoin’s price. all in all, Lee is one of the most respected figures in the crypto industry, which is why his opinion is held to a very high regard. As for his thoughts on Bitcoin in 2020, a chart analysis based on BTC price movement throughout its history had him convinced that BTC will hit the value of $91,000.

John McAfee is a name known around the world, mostly for his McAfee antivirus, however, in recent years, he also became involved in the crypto industry. His interesting background and unexpected price predictions brought him to the attention of the entire community, and he used it to make a profit by promoting ICOs. He also revealed that he charges over $100,000 for price predictions and that a lot of crypto projects are more than willing to pay this price to get them.

His price predictions were often stretched as far as possible, which is seen is his last year’s prediction that BTC will hit $500,000 per coin in 2020. Despite the fact that many have seen this prediction as unlikely even then, he recently moved it even further up, stating that he expects Bitcoin to reach $1 million per coin.

Of course, these predictions are not just guesses, and he has based them on a special price model that he has created himself. The same price model predicted that BTC will reach $5,000 by the end of 2017. At the time when he made this prediction, a feat like that seemed impossible. As we know now, BTC grew to be four times that size.

Of course, this would also mean that the total market cap would skyrocket as well, possibly hitting as much as $15 trillion.

Of course, some of his predictions were wrong in the opposite way too. One of those included the prediction that BTC will return to its price of $15,000 per coin in June 2018, which clearly, did not happen. Because of this, most people are now taking his words with a grain of salt. However. McAfee remains one of biggest BTC bulls out there, and there is no doubt that a lot of investors would like his predictions to come true.

Strajnar is a CEO of Brave New Coin and has predicted that Bitcoin can easily hit $200,000 by 2020. The reason for this is a rapid rate of adoption of the number one currency, as well as its altcoins. Strajnar claims that more users are developing an interest in BTC all the time, meaning that the network is growing. Additional wallets are being created all the time, and the same is true for various apps and dApps. Strajnar expects that this will continue, and that usage increase will eventually bring BTC to a much higher value.

Osato Avan Nomayo is a well-known Bitcoin analyst that has predicted that the mining reward will drop to 6.25 BTC by 2020. Bitcoin mining rewards are known for getting cut in half when a certain number of blocks has been mined, and this has already happened twice so far. The first halvation was in 2012 when BTC rewards dropped from 50 BTC to 25 BTC. Then, in 2016, the same happened again, and BTC rewards dropped from 25 coins to only 12.5, which is the amount of BTC that miners receive today.

Now, Osato believes that 2020 will be the time when the next halving will occur, as it seems to be happening after every four years. However, after every halving, BTC prices surged, and while Osato never gave a specific prediction, the price that the analyst expects is higher than $20,000.

The post Bitcoin in 2020: What to Expect from BTC Value in the Future appeared first on Global Coin Report.