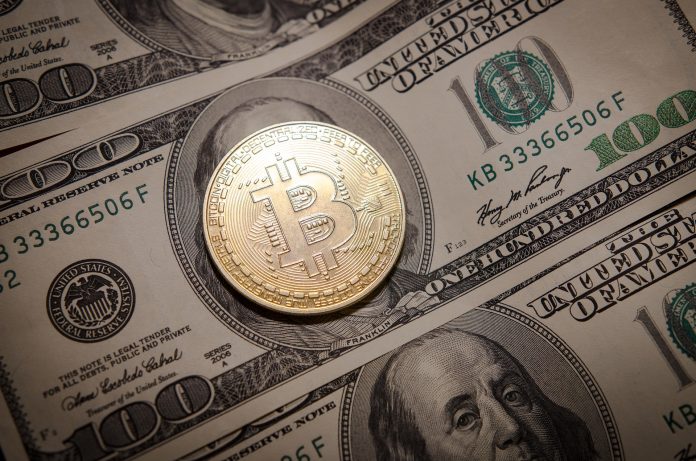 After its price plunge by around 10,000 US dollars the previous day, Bitcoin is starting to recover. The cryptocurrency climbed back above the $ 35,000 mark on Tuesday – although US Treasury bond yields continued to rise.

Bitcoin, the digital currency, began to recover on Tuesday with strong fluctuations. After the price plunge to USD 30,250 on Monday, follow-up purchases began, which lifted the value of the cryptocurrency back above the USD 35,000 mark by Tuesday morning. Bitcoin was most recently listed on the Luxembourg trading platform Bitstamp at 36,300 US dollars, 20 percent above the weekly low reached on Monday afternoon.

On Monday, Bitcoin had temporarily dropped to $ 30,250, losing around $ 10,000 in value from its record high on Saturday. However, the price slide of around 25 percent was followed by purchases, so that the round mark of 30,000 US dollars was initially defended. Now Bitcoin is again focusing on the $ 40,000 mark – although the yields on US government bonds, which were cited on Monday as the reason for the Bitcoin sell-off, continue to rise and rise for the fourth day in a row.

The strength of the dollar and the recovery in bond yields in the USA is justified with the expected trillion dollar Corona aid program in the USA. Joe Biden, who will be sworn in as the new US president on January 20, had promised to spend “trillions” to get the corona pandemic and its economic consequences under control in the US. The yield on a 10-year US government bond is again more than 1 percent and is currently 1.14 percent. But even this trend did not slow down the record rally of the alternative currency Bitcoin.

The US investment bank J.P. Morgan had only announced a price target of around 150,000 US dollars for Bitcoin in the first week of January and thus further fueled the hype about the cyber currency. But the upper price limit for Bitcoin is limited – one of the limiting factors is the extremely high energy consumption of Bitcoin mining. The Bitcoin boom has been accompanied by significant price fluctuations, but according to market observers, despite the recent setback, unbroken.

It is also noteworthy that Bitcoin has recorded the largest price fluctuations in recent times, especially over the weekends. During the first weekend after Christmas and on the first two weekends of 2021, Bitcoin still had double-digit growth – only to fall by more than 10 percent, again in the night from Sunday to Monday. At the same time, the trading volume on the weekends is also significantly larger than on weekdays, as analyzes by the CryptoCompare service show. Anyone who wants to speculate on Bitcoin will have to do so 7 days a week in future – the activities of professional traders on the weekends are too strong.

Since March value has increased tenfold

Bitcoin’s recent soaring is still unparalleled. In March of last year, Bitcoin temporarily fell below the $ 4,000 mark – and has increased more than tenfold since that Corona low.

Since mid-December alone, i.e. in just over three weeks, the price has almost doubled despite the recent setback. Over the year, the plus amounts to more than 300 percent. Hardly any other form of investment currently has such drastic price increases to offer. However, critics warn against exaggerations and a bubble, since such extreme price increases are rarely sustainable. Bitcoin is the oldest and by far the best-known digital currency. Experts had recently estimated the market capitalization to be around $ 560 billion.

For the latest soaring, the market repeatedly states that the digital currency has recently moved more into the focus of major financial investors and is in greater demand. However, experts also warn of the extreme price fluctuations that can be observed time and again with Bitcoin. The value of the cryptocurrency more than quadrupled in the past year 2020.

Doubts about dollars and euros – does Bitcoin offer protection against inflation?

Bitcoin is also being boosted by the fact that more and more professional investors are interested in cryptocurrencies. The interest of professional investors is often considered to be long-term, which could stabilize the very volatile Bitcoin price. Interest in digital currencies is also being increased by the corona pandemic and the associated sharp rise in national debt. For this reason, some investors fear rising inflation in the medium to long term, which they want to hedge against with alternative investments.

The corona pandemic and the numerous rescue programs of the global central banks are causing a flood of money and thus also strengthening interest in the alternative currency Bitcoin: Due to the extremely loose monetary policy of many central banks and the immense state aid, some investors are likely to be critical of traditional currencies see confirmed. Whether the new types of digital currencies offer sustainable protection against high inflation rates is doubtful due to their high exchange rate fluctuations.

At least Bitcoin has built in a kind of inflation protection: The amount of Bitcoin that can be “mined” by providing computing power in the blockchain is limited to 21 million units from the outset. The digital currency has a fixed upper limit of 21 million units in its code and a mathematically predetermined monetary policy through “halving”: In this point there is a significant difference to currencies such as euros or dollars, which can theoretically be printed in infinite quantities.