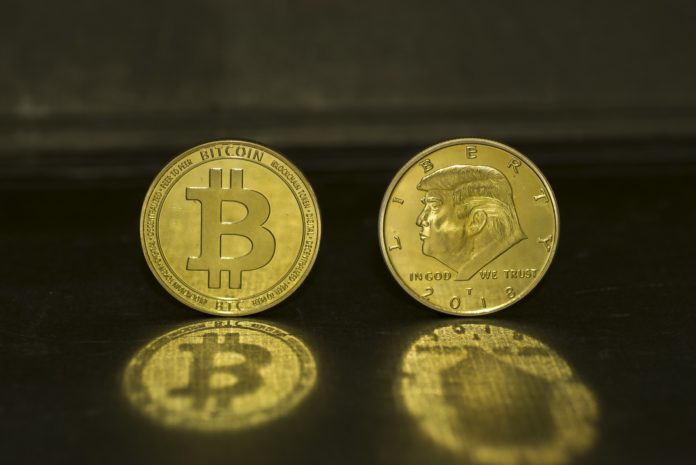 In the course of the US presidential elections, there was repeated speculation about which candidate is more likely to make the Bitcoin price rise. Why this discussion is not very productive, which factors really decide about the future of Bitcoin and the entire crypto industry and why the next presidential election should definitely be held with the help of blockchain technology.

Even if there is currently no final result for the US elections, it looks like Democrat Joe Biden will win the race. The markets have so far reacted optimistically to the election events, as major unrest has not yet materialized. However, these could flare up in a timely manner, as the Trump camp feels cheated when counting votes. As far as Trump’s allegations may be by the hair, they represent a risk for the financial markets. In any case, the Bitcoin rate reacts with a real rally and marks a new annual high. But can one draw conclusions from this as to which of the candidates favors a rising Bitcoin price?

One line of reasoning that Trump identifies as the Bitcoin price driver can be traced back to the uncertainty factor. The unpredictability of Trump, and consequently of US politics, makes apolitical Bitcoin more attractive than it would be for a predictable candidate like Biden. On the other hand, Trump has said in the past that he “doesn’t like” Bitcoin. No statement is known from Biden in this regard. However, it is fundamentally doubtful whether the presidential preferences play a major role.

Another narrative that identifies the Democrat Biden as the Bitcoin price driver assumes that Democrats stand for higher government spending than Republicans. Higher government spending on, for example, the social or health system and administration would favor Bitcoin as a safeguard against monetary devaluation. Even if this thesis were correct, which can also be questioned, this would be less a question of personnel than a question of non-partisan orientation.

Get off the black ice: Look at what matters

Ultimately, the discussion as to whether Trump or Biden favor a rising Bitcoin rate is difficult to substantiate with valid arguments. Especially since the individual views of the elected senators and congressmen should not be less important here. In both political camps there are opponents as well as open-minded representatives of the crypto-economy.

The fundamental economic and domestic political framework conditions appear much more relevant here. The US debt and the necessary stimuli, detached from the party color, will make Bitcoin more attractive. The government, whatever its color, must do everything possible to create inflation to keep debt under control.

The fact that more and more investors are now integrating Bitcoin as digital gold in their portfolio is a global phenomenon, not a purely American one. The hard economic and fiscal policy facts should be used as an analysis basis for investment evaluations rather than the respective party politics.

Restrictive wind on the march

Detached from the expansionary monetary policy, it is to be expected that politicians will oppose the possible crypto-anonymization more strongly. The USA in particular is known for doing everything possible to trace transactions as precisely as possible. Regardless of whether it is about accounts in Switzerland or the SWIFT transaction processing system. The US would like to have its hand on the financial transactions sector and be able to intervene if necessary. New blockchain standards, also detached from Bitcoin, call into question the existing institutionalized framework, which is aligned in favor of the USA.

Accordingly, it is to be expected that there will be stricter know-your-customer requirements for crypto-related services. Buying Bitcoin (semi) anonymously will be more difficult than easier in the USA. Regardless of the government: cryptography that is not used by the state-military side is viewed more critically.

If not prevent it, then at least control it

At the same time, one has to recognize that one cannot oppose overarching technical developments. The government is undoubtedly aware that blockchain technology and with it the token standard or tokenization is becoming established. In addition to a digital central bank currency as an answer to the digital yuan, an agreement will also have to be made with the companies in the country.

The fear of having to forfeit as an innovation location or, even worse, having to resort to foreign or even Chinese service offers is out of the question for the USA. Even if you have difficulties with Google, Facebook and Amazon, you will have to find compromises here. Especially since, as an extended arm, they safeguard the geostrategic interests of the USA by providing access to foreign data. This also includes cryptocurrency projects like Libra. Blockchain projects will be given the green light by jointly preventing substantial decentralization, privacy and data protection in cooperation with the large tech companies. The token economy will be heavily regulated by the USA.

Everything under control: If you want Bitcoin, you should go to PayPal

DeFi projects in particular, which can hardly be controlled or monitored by the government, will face severe headwinds in the coming months. As the market size increases, the DeFi sector will appear more and more on the radar of public institutions. Accordingly, services from platform companies such as PayPal or Facebook, which are centralized and easily controllable, will have an advantage when it comes to the favor of the state. For this reason, it is easy to imagine that politicians will change their opinion on Facebook’s Libra in order to counteract really decentralized financial applications with something that can be controlled by the state.

Ultimately, decentralized applications will have a hard time anywhere in the world. Here, too, it is a question of global tendencies that apply equally to Europe, the USA or Asia, albeit in different forms.

Regardless of this, the current vote count should have shown one thing: Electronic public elections that make use of blockchain technology are more than necessary. Blockchain technology can not only help digitally implement the applicable electoral principles, such as anonymity, among other things. It can also save us the current uncertainty caused by a rampaging Donald Trump.

Within seconds, you would have a result that provides more valid data and cannot be undermined by human errors or attempts at manipulation. This applies all the more to nations which, unlike the USA, do not adhere to the rule of law and democratic principles in elections and in which there is obvious electoral fraud, such as in Belarus.