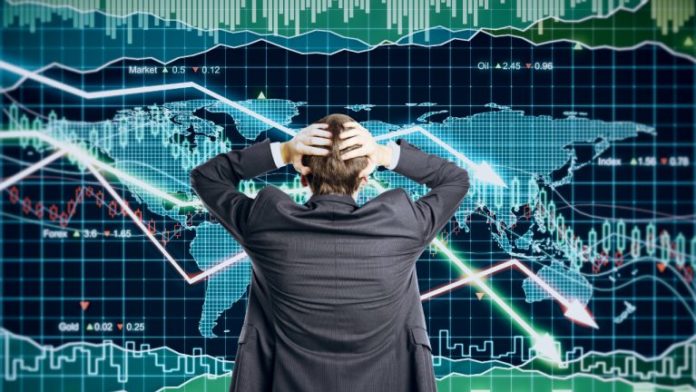 Doubleline Capital’s CEO, the billionaire “bond king” Jeffrey Gundlach, has predicted that the stock market is going to “crack pretty hard.” While he is bearish on the stock market and long-term bonds, Gundlach says bitcoin and gold are good for hedging against inflation.

The CEO of Doubleline Capital is sometimes referred to as the “bond king” after he appeared on the cover of Barron’s in 2011 as “The New Bond King.” Institutional Investor named him “Money Manager of the Year” in 2013 and Bloomberg Markets named him one of “The Fifty Most Influential” in 2012, 2015, and 2016.

Gundlach explained that he is now bearish on long-term bonds, including the 30-year Treasury, but finds it necessary to own some. “I hate long bonds, but I still think you’re supposed to own some, and in a deflationary environment, you would want your portfolio to have that hedge,” he described. Gundlach has also said repeatedly prior to the U.S. presidential election, which is still being finalized, that he expected Donald Trump to win.

Moreover, Gundlach recommends owning something to protect against inflation. He said bitcoin and gold “are good for [the] inflation case,” La Roche conveyed, adding that he believes that the price of gold will increase substantially over time.

Gundlach’s positive bitcoin comment this week came as a surprise to some people in the crypto industry since he made a negative comment about bitcoin in a Realvision interview last month. He said: “I don’t believe in bitcoin. I think that it’s a lie. I think that it’s very tracked, traceable. I don’t think it’s anonymous.” While Gundlach made it clear that he does not like bitcoin, he emphasized that he also “not at all a bitcoin hater.”

Gundlach is bearish on the stock market. “The U.S. will be the worst-performing stock market over the next five years,” he said during Schwab’s virtual Impact 2020 conference last week. The billionaire fund manager blames Federal Reserve policies for the overvaluation of U.S. equities.

In an October interview, he predicted that stocks would crash within 18 months and that the dollar would tumble in the long run. Marketwatch quoted him as saying:

Within 18 months, it’s going to crack pretty hard. I think that you want to be avoiding it for the time being. When the next big meltdown happens, I think the U.S. is going to be the worst-performing market, actually, and that’ll have a lot to do with the dollar weakening.

Furthermore, Gundlach believes that it would be “a disaster” for the economy if the government fails to deliver a big enough stimulus package. “When you use such blunt instruments, like the money spray, the effects for the economy are quite uneven. There’s a big tremor but then there are aftershocks,” he opined. The Doubleline CEO also expects a “substantial change” to happen within the next six years, including the possibility of the U.S. breaking into more than one country.

What do you think about Jeffrey Gundlach’s views? Let us know in the comments section below.