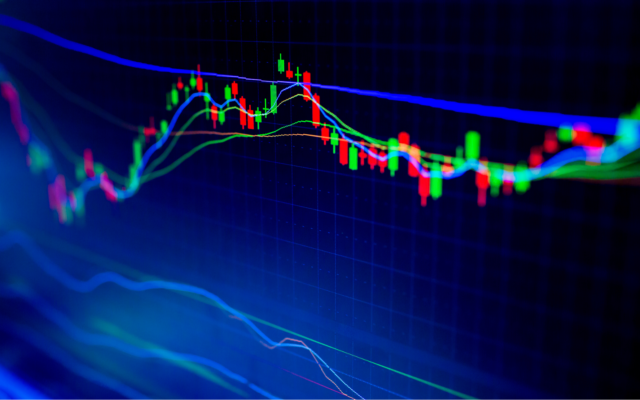 Bitcoin price analysis shows that bullish momentum is building as BTC reclaims the psychological $8K level. But is a new YTD-high next?

Bitcoin’s price continues to track nicely inside an ascending triangle pattern, after bulls successfully springboarded off the $7,500 level yesterday. Now, their next challenge is to close above the psychological $8K level which currently stands between them and the YTD-high at $8,380. Can buyers keep the momentum going? Let’s take a look. 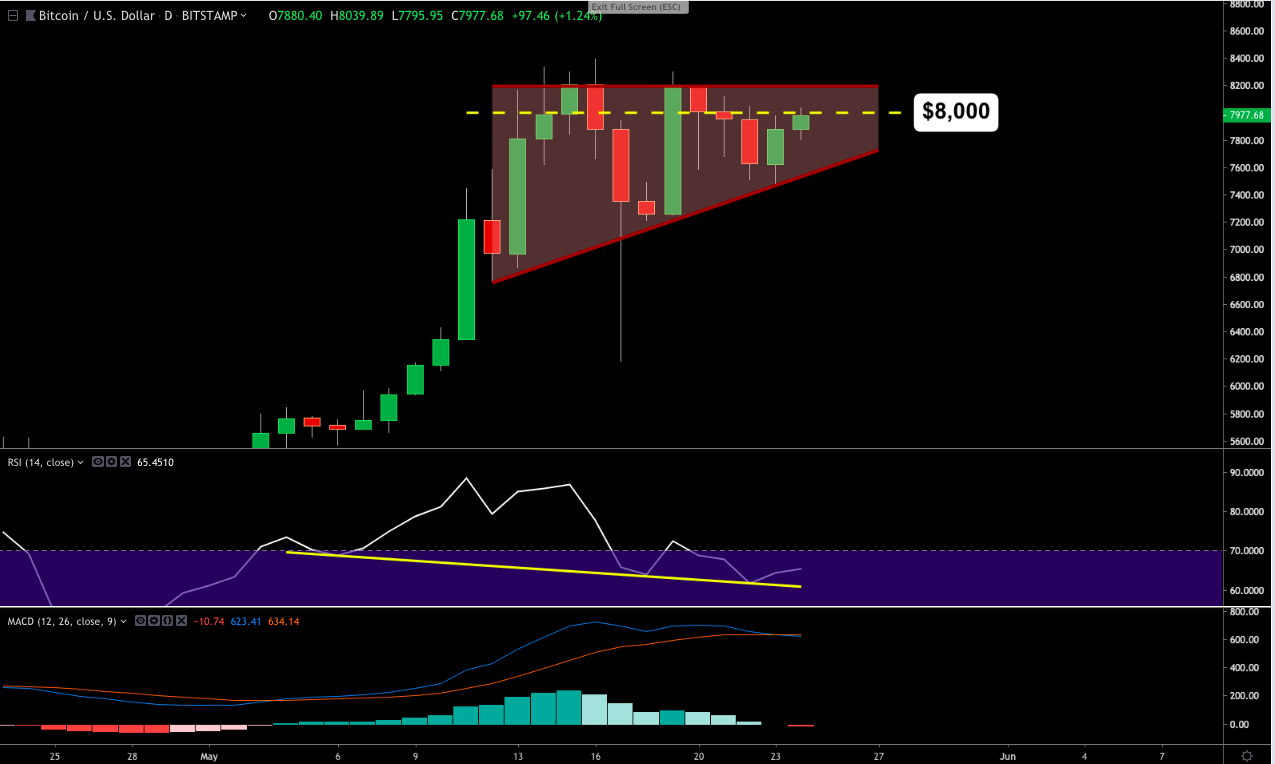 On the daily BTC/USD chart we can see the ascending triangle that we’ve been looking at this week, is continuing to form well after BTC made a strong recovery off the uptrending pattern support yesterday.

Right now, the $8,000 level appears to creating some temporary friction in the uptrend as selling pressure most likely from short-term traders and auto-trading bot orders slow Bitcoin’s ascent.

Bearish signals on the MACD indicator have continued to get worse since yesterday’s analysis, despite Bitcoin’s price jumping 5.24% in the last 24 hours. Selling volume on the histogram is growing and the 12-MA has yet to show any sign of converging above the 26-MA.

We should note however, that the MACD is a lagging indicator so convergence/ divergence signals often trail behind the current price activity. If bulls are able to close above $8K today, then we should expect to see a bullish 12/26 MA convergence appear during the early hours tomorrow.

Should BTC end the day beneath $8,000 however, then we could see another bearish breakout take over, which pushes Bitcoin towards the uptrending support below, somewhere near the $7,600 mark.

Looking at the RSI we can see that this indicator also remains bearish, as momentum shows a marked decline along a clear support (yellow line) despite Bitcoin’s price making higher lows. From this, we can infer that buying momentum over this time period is weak and could result in a trend reversal unless new support arrives.

All eyes will be on the $8,000 level during today’s close, and which side of it Bitcoin ends up on. 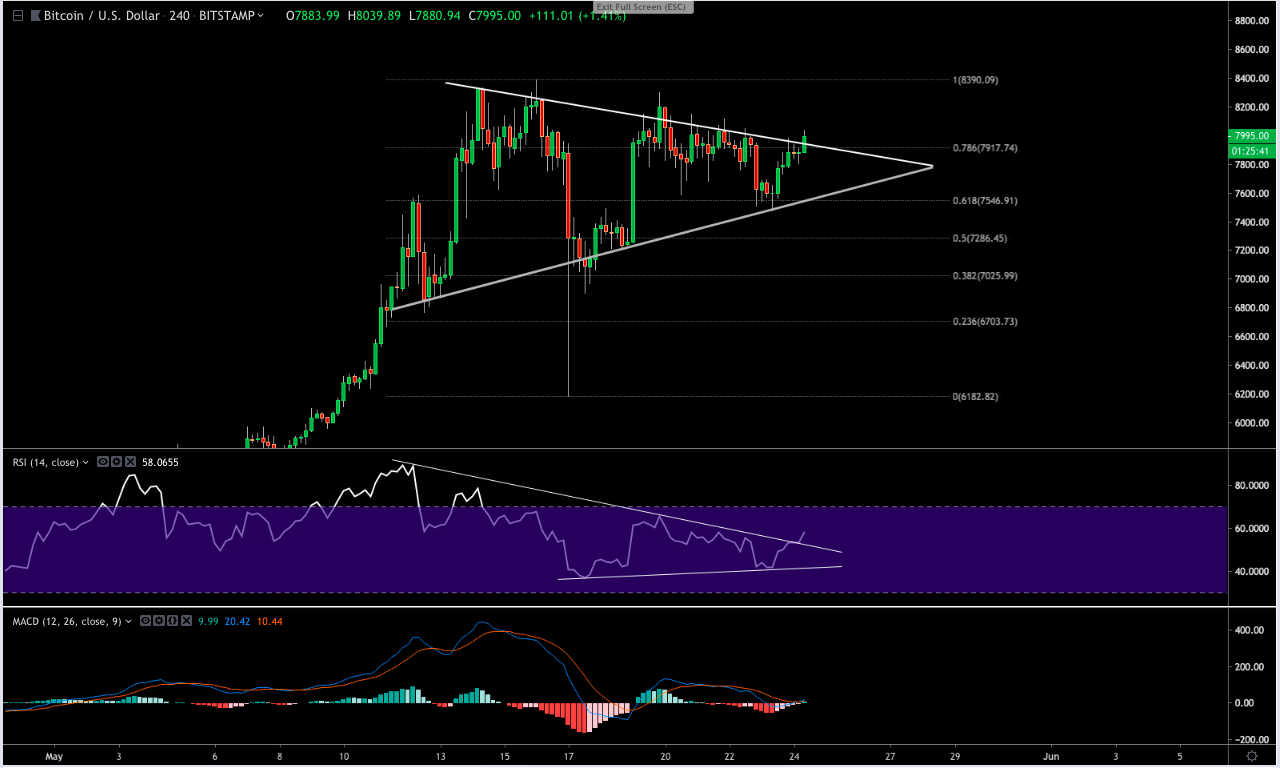 On the 4-Hour BTC/USD chart we can see an entirely different picture. On here, it appears that the price action is already breaking out of the bullish pennant pattern that we identified earlier in the week.

In the last 4-hours it appears that BTC buyers have succeeded in breaching the 0.786 fibonacci resistance at $7,917, and are en route to testing the first minor resistance at $8,060.

Looking at the RSI, we can see that the indicator line has just started to break out of consolidation, and peak over the 58% mark for the first time this week. This tells us that strong momentum has picked up behind Bitcoin in the last 4-hour window.

On the MACD indicator, we can also see some other promising bullish signals: The 12-MA has now converged above the 26-MA, both moving averages have broken above the signal line and buying volume is increasing on the histogram.

So why are the daily chart signals so different to the 4-Hour signals? Well, don’t forget that Bitcoin recently flash crashed from $8,380 to as low as $6,200 (On Bitstamp). That major drop in price will have likely thrown a lot of the 1-Day indicators off and has made it difficult to plot BTC’s next movements over that time-period.

On the 4-Hour chart, the indicators track the price action much more closely and give traders a more concise idea of Bitcoin’s price movements. Over this time period, traders are able to see smaller changes in momentum much more clearly which is why we are seeing bullish signals now appear on the MACD and RSI but not on the daily chart yet.

Overall, we could expect to see Bitcoin test the $8,100 and $8,150 level within the next few candles if momentum continues to improve. From there, we could even see bulls test the ascending triangle pattern resistance at $8,200 if weekend trading continues to be as volatile as it has been over the last few weeks.

[Disclaimer: The views and opinions of the writer should not be misconstrued as financial advice.]