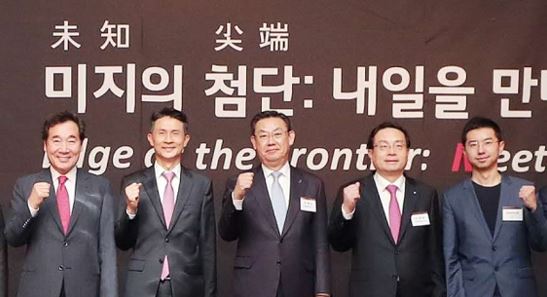 Although Consensus may be the largest event of its kind, there are other contrasting conferences in which cryptocurrency has a place. Benefiting from a more diverse audience of professionals, K.E.Y Platform in South Korea sees hundreds of attendants from both economic and political sectors come together to discuss “New Markets” — including future development trends, artificial intelligence, trade wars, Brexit, as well as blockchain. An excellent opportunity to help bring cryptocurrency and the surrounding movement into mainstream acceptance.

As the only representative of the Blockchain industry present in what remains one of the most important and sizeable cryptocurrency markets of the world, BitForex CEO Garrett Jin took to the stage to share his thoughts, visions, and future predictions for the development of the cryptocurrency industry, and the role of crypto exchanges in modern finance both in South Korea and beyond.

His panel was dedicated to the role of cryptocurrency exchanges, not just as a place to exchange tokens, but as a full-scale solution for digital currency deployment, and how this could play a pivotal role in the near future when considered as a new market for South Korea. Also present at this event was Lee Nak-yeon, current Prime Minister of South Korea, emphasizing the degree of seriousness with which the conference was held.

It is through events such as these that cryptocurrency gains both mainstream acceptance and momentum — by raising awareness in high-level professional environments, as well as on the consumer level and with the all-important userbase.

Following the event, BitForex has expanded its operations team in Korea, as the cryptocurrency market there is among the 5 biggest globally. Registered users from Korea on BitForex currently approaches one million, and the exchange aims to double that number in 2019 as it continues growing its already significant Korean presence. This will allow BitForex to continue bringing unparalleled service to its Korean users, and in neighboring regions — bringing cryptocurrency further into the mainstream market.

Founded in March 2018, BitForex is the leading destination for all cryptocurrency exchange services. As one of the largest and fastest growing cryptocurrency exchanges in the world, it strives to provide fast and seamless access to features catering to traders of all calibers. With 3 million users from more than 180 countries trading 150+ different tokens for a total daily trading volume of over 200 million USD, BitForex is here to serve you – whatever your needs may be.