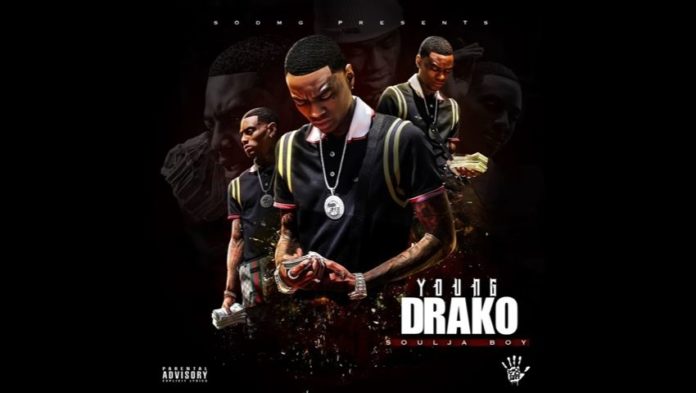 The US rapper Soulja Boy raps in his latest album “Young Drako” about Bitcoin, the world’s most popular cryptocurrency. The track titled “Bitcoin” is the fourth song of his album that appeared yesterday.

Soulja Boy is not the first rapper to integrate cryptocurrencies into his songs. In 2016, Gramatik released the title “Satoshi Nakamoto“, which currently has almost 380,000 views on Youtube. At the beginning of the year Sido and Kool Savas followed up with the title “Hodln“, which has over 2.3 million views on Youtube – the video shows the crypto-guru Julian Hosp. And in September, Eminem rapped Bitcoin.

As for the lyrical content, the track is pretty simple. Of course, it is not about socio-political or philosophical views, which are partly associated with the digital currency. It is also wishful thinking that Soulja Boy refers to the safety of private keys or calls the blockchain a revolutionary technology.

Instead, Soulja Boy focuses exclusively on price gains and quick money. He’s probably less interested in technology. At least he seems to have found a good start, he spent $ 6,000 per Bitcoin:

Of course, it would not be smart if he raped about buying $ 17,000 Bitcoin. But the boasting should not be missing in a real rapper. In the track he claims that he bought an Aston Martin thanks to Bitcoin.

Currently, the most watched video from the track “Bitcoin” on Youtube has 3,229 plays. The top comment below the video asks if the track is a financial advice and of course in the comments “HODL” is not missing. It is unlikely, however, that the track can trump Eminem’s Not Alike or Sido & Savas` Hodln with 2.3 million calls.