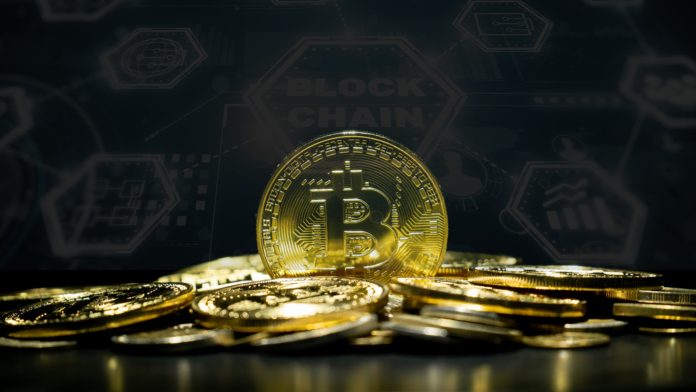 A Bitcoin price of 1 million US dollars? Sounds like a pipe dream at first. However, if you look at current figures and developments, the comprehensive colonization of the moon does not seem unrealistic.

What would have to happen for the bitcoin price to crack the US$1 million mark? No question, a lot of capital would have to flow into the market. However, not as much as one or the other might think at first.

The thing with market capitalization

The answer is: we don’t need that much. Because the market capitalization ultimately says little about how much money is actually in Bitcoin. It merely multiplies the current Bitcoin price by the amount of coins in circulation. And the current price merely shows at what price people are currently buying and selling Bitcoin.

On top of that, an estimated 4 million BTC have disappeared in the land of lost keys and will probably never be traded again. So Bitcoin is a very scarce commodity that is becoming scarcer as demand increases. So much for the basics.

Bitcoin price of 1 million US dollars: That’s what we’re missing

As financial Youtuber Andrei Jikh explains in a recent video, there are several catalysts that could work together to get us there.

The first catalyst Jikh lists is the international remittance market. This is basically the number one use case for cryptocurrency: sending money. Currently, this system is characterized by long waiting times, limited business hours on weekends, and high fees. Bitcoin is a lot more efficient in that regard. If the cryptocurrency were to claim about 50 percent of the international remittance market, according to Jikh’s analysis, that would inject $300 billion into the ecosystem. It would boost the bitcoin price by $14,000.

Catalyst 2 is emerging market currencies, i.e., money and money equivalents from emerging markets. These include, for example, the Chinese renminbi, the Russian ruble, the Brazilian real or the Indian rupee. Here, BTC can act as a store of value. As recently as February, Goldman Sachs let it be known that they believe it is likely that Bitcoin will take on an increasingly important role as a reserve currency in the future. If BTC manages to claim 10 percent of the market here, that would flush $2.8 trillion into the market. For the bitcoin price, that would mean a gain of $133,000 per coin. Jikh describes this as a conservative estimate: this calculation would exclude the top 4 emerging market currencies.

Catalyst 3 for the bitcoin price of 1 million US dollars is the Economic Settlement Network, the international payment network. The background: when banks send money, they normally have a currency in which they “meet”, for example, the US dollar. Should cryptocurrency manage to claim 25 percent of that market, another $3.8 trillion would enter the digital pot of gold. According to Jikh’s calculations, that would be another 181,000 additional U.S. dollars per BTC.

Catalyst 4 is the national treasuries of countries. If Bitcoin managed to appropriate 1 percent of the reserves here, we could enrich our hopium-soaked digital treasury by another $3.8 trillion. On the bitcoin exchange rate, that would add another $181,000. The fact that El Salvador will not remain alone in its Bitcoin acceptance for long plays into this argument, at any rate.

Catalyst 5 for a bitcoin rate of $1 million are high net worth individuals, or wealthy people. If these people converted 5 percent of their assets into BTC, we would have another $4 trillion in the pot. For the bitcoin price, that would be another US$190,000.

The sixth catalyst Jikh cites is institutional investors like Blackrock, whose CEO recently spoke positively about digital currencies. If they held 2.5 percent of their assets in the form of digital gold, that would be another $4.1 trillion for the market capitalization. Or: an additional $196,000 for the bitcoin price.

The seventh catalyst for the bullish moon ride is corporate treasury bonds. 5 percent of these assets would be $4.2 million in additional BTC market capitalization. Or: an increase of 200,000 US dollars for the Bitcoin price.

The eighth and final catalyst Jikh lists is gold. If Bitcoin secures its place in the sun and takes half of gold’s market cap, another US$5.5 trillion would be flushed into the world’s wallets. That would be another $260,000 for the Bitcoin exchange rate. You can read more about why this is not so unlikely here.

Bitcoin price at 1 million US dollars: All coffee-table talk?

Should all these factors come to pass, a Bitcoin price of $1.36 million would be reached. But is that realistic?