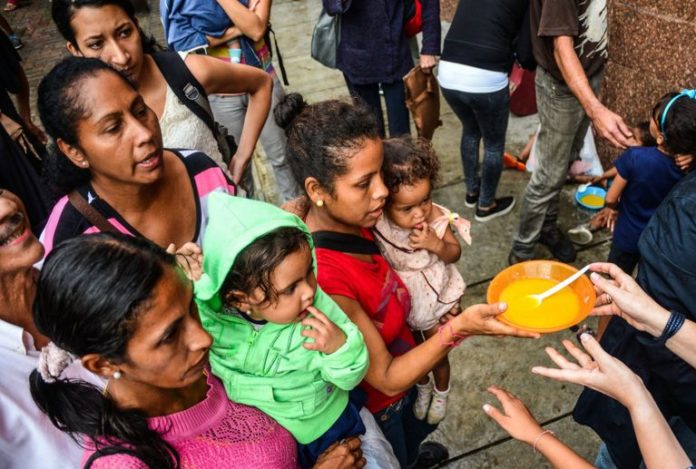 Venezuelans are having a difficult time as the country’s power grid shut off on March 7, leaving the majority of Venezuelan states with no electricity for well over a week. According to reports on March 14, electricity has been restored throughout most states within the country. However, during the week-long blackout, bitcoin trades on the peer-to-peer exchange Localbitcoins plummeted by 40 percent.

The Venezuelan people have been suffering for quite some time as the nation’s inflation rate has crossed a whopping 2,688,670 percent as of January 2019. The Venezuelan fiat currency, the bolivar, is basically worthless and there are many pictures of banknotes strewn across the streets within the capital of Caracas and other areas. To make matters worse, on March 7, the country lost electricity during a severe blackout. Much of the region’s telecommunications system seized as well, making it difficult for individuals within the country to communicate to the outside world.

On March 14, reports stemming from the Venezuelan Information Minister Jorge Rodrigues detailed that power was “100 percent restored.” However, the nation’s citizens are still searching for clean drinking water as residents of the country are complaining of oil-contaminated black water coming out of their faucets. On March 13, a blog post titled “Synthesis of a ‘Blockout’” emphasized that Venezuelan residents right now have no choice but to look to the country’s polluted riverways for water.

“The lack of drinking water has bottomed out in the most popular sectors of the ‘great capital,’ which resulted in the search for the precious liquid in one of the most polluted rivers in Latin America and whose results of water analysis is ‘not suitable for human consumption,’” Daniel Jimenez explains in his revealing post about the situation.

For now, the average population on foot, the Venezuelan who has no strength or time to march, nor to defend the revolution, continues in his titanic daily struggle to get water, food and most importantly money to be able to acquire the above; given the galloping hyperinflation.

Weeks before the blackout, BTC trade volumes on Localbitcoins in Venezuela had risen to all-time highs (25 billion bolivars or $7.5 million USD). At the time there were many headlines and editorials about Venezuelans possibly running to bitcoin as a hedge against the hyperinflation. However, as soon as the power went out on March 7, Localbitcoins trade volumes slid 40 percent during the blackout to a low of 14 billion bolivars ($4.2 million). The author at Caracas Chronicles, Carlos Hernandez, tweeted about volumes dropping significantly at the same time most of the country had no power.

Stories like these echo a similar situation that took place in Zimbabwe where cryptocurrency speculators hope the region’s hyperinflation sparks hyperbitcoinization. Just like in Venezuela, demand for bitcoin is high when the country’s infrastructure is working properly, but in Zimbabwe on Jan. 15 when mobile networks and internet service providers were suspended it became an entirely different story. With hyperinflation taking place in Venezuela, citizens are being pushed to use any means of payment that can help them survive.

Besides euros, U.S. dollars, and barter, the use of cryptocurrencies provides another avenue of escape but only when the electricity is working. Moreover, at the time of publication, 1 BTC is selling for roughly 12 million bolivars ($3,650) which is $150-200 less than global spot prices. With the power in Venezuela slowly being restored, Localbitcoin ads in Caracas, Valencia, Barquisimeto, Maracay, Guayana City, Maracaibo, Barinas, and Carabobo are popping with sellers trying to unload BTC for cheaper prices than the rest of the world.

Why IOTA is a superior technology

There are currently a number of very promising projects that focus on IOTA and the Tangle. Many of these projects...