CEO of Twitter and Square Jack Dorsey believes that Bitcoin will eventually become the only currency of the internet and the planet.

Dorsey acknowledged that Bitcoin will need to face some formidable technical challenges before it will be suitable for widespread use, saying that the Bitcoin network was “slow and costly.” However, he believes that “as more and more people have it, those things go away. There are newer technologies that build off of blockchain and make it more approachable.”

“Bitcoin will overtake the dollar in importance as it becomes the single global currency of the internet within a decade” – Jack Dorsey#Agreed #bitcoin https://t.co/kvrkllJvK3

Dorsey really means what he says – the CEO was counted among the list of contributors to Lightning Labs’ seed fundraising round for the Lightning Network, which it is developing. The protocol will make transactions on the Bitcoin network instant and much cheaper.

Square, Dorsey’s other company, announced several weeks ago that it would be expanding its support for Bitcoin-related services in the near future.

Dorsey told Market Watch that “Bitcoin, for us, is not stopping at buying and selling. We do believe that this is a transformational technology for our industry, and we want to learn as quickly as possible.” Bitcoin presents “an opportunity to get more people access to the financial system,” he added.

Dorsey’s Bitcoin-friendly attitude shines in bright contrast to other recent internet happenings. Within the last several weeks, both Google and Facebook have taken steps to ban cryptocurrency advertisements from their platforms.

Rumors that Twitter will follow suit have also been circulating. On March 18, Sky News reported that Twitter’s new advertising policy (to be implemented in early April) may include restrictions against cryptocurrency-related products and services. 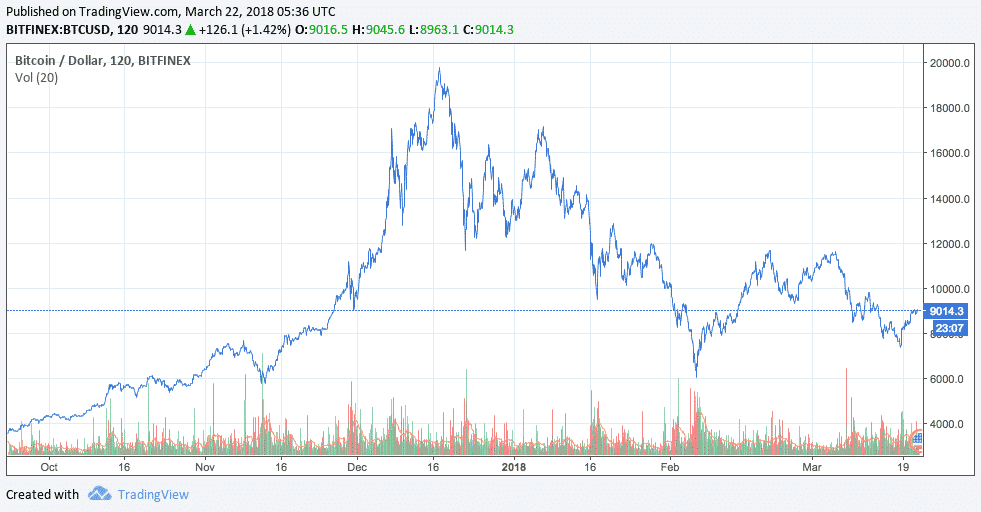 It’s been a rough couple of months for Bitcoin. Following the crypto’s stellar growth to nearly $20,000 in December of 2017, it fell sharply in early February, when a single coin sold for around $6300. At press time, a single Bitcoin was worth roughly $9,000.