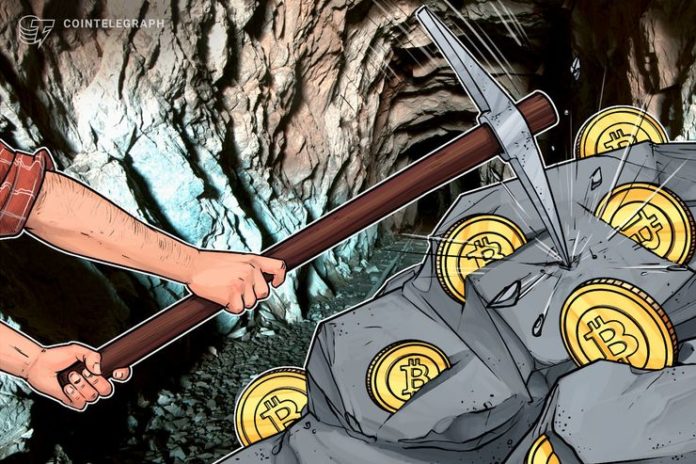 Bitcoin (BTC) mining software manufacturer Bitfury Group has launched a new generation of its BTC mining hardware based on its Application-Specific Integrated Circuit (ASIC) chip Bitfury Clarke, according to an announcement published September 19.

An ASIC chip is a piece of mining hardware geared to mine digital currency based on a specific hashing algorithm. An ASIC is tailored for a particular use, rather than for general-purpose use.

The Bitfury Clarke ASIC will be sold individually in addition to being integrated into Bitfury’s other BTC mining hardware, including its mining servers and BlockBoxes. Bitfury is planning to implement the new ASIC in its mining centers in Canada, Norway, Iceland and Georgia. The announcement further describes the chip:

“The 14nm Bitfury Clarke ASIC is fully customized for SHA256 bitcoin mining. It can execute a hashrate up to 120 gigahashes per second (GH/s) and a power efficiency rate as low as 55 millijoules per gigahash (mJ/GH). The supply voltage required by Bitfury Clarke can be as low as 0.3 volts.”

In December, Bitfury facilitated the launch of Toronto-based BTC mining company Hut 8 by providing the company access to mining hardware and other necessities. In July, Hut 8 claimed that it had become the world’s “largest publicly-traded” operator by capacity. The company reportedly mined around 1,900 BTC since its original launch.

In July, Cointelegraph also reported that, according to sources from the “upstream supply chain,”  the sale of ASIC crypto mining hardware had been negatively impacted,  with a predicted price drop of 20 percent that month. The affected companies included the Taiwan Semiconductor Manufacturing Company, as well as its integrated circuit (IC) design service partners like Global Unichip.

Moreover, the price of specialized graphics processing units (GPUs) had been declining along with sinking prices in digital currency markets. In April, AMD’s OEM 4GB RX 580 six-pack was sold out at the price of $3,600, while in July it was available for $2,500. An Nvidia GeForce GTX 1080 Founders Edition, 8GB GDDR5X PCI Express 3.0 Graphics Card was sold out at a price tag of $1,050, but in July could be purchased for $709.