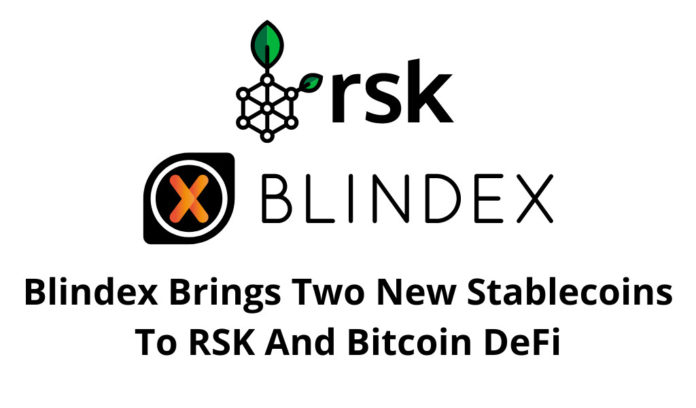 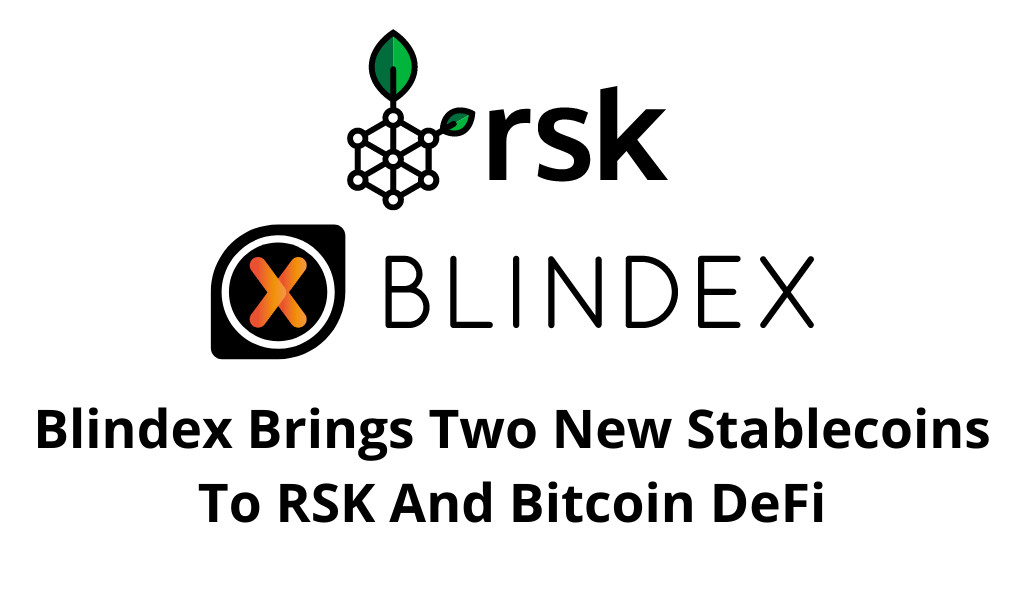 The Rootstock ecosystem continues to gain momentum in attracting  DeFi protocols to the Bitcoin network. Blindex is one of the latest protocol developers to integrate their protocols with RSK. Now, the Blindex team launches two algorithmic stablecoins to the broader ecosystem – $bGBP (Great British Pound) and $bXAU (gold)

Rootstock has brought smart contract functionality to the Bitcoin network. The advent of Bitcoin DeFi has attracted attention from other projects seeking to leverage Bitcoin’s network security and RSK’s functionality. Blindex sees merit in this approach for stablecoins. The new $bGBP and $bXAU currencies will elevate Blindex to a new level.

As a producer of multi-currency stablecoin algorithms, Blindex wants to help stabilize the fiat money circulating worldwide. Fiat currencies are volatile and subject to depreciation, requiring a different approach to the current system. The integration of Blindex protocols with the RSK platform marks a crucial milestone toward achieving that goal.

Fiat currencies play a crucial role in cryptocurrency trading and other finance verticals. Blindex’s approach aims to remove the inherent volatility of currency assets like the US dollar, British Pound, or Euro. The team can achieve that goal through non-currency asset tokenization.

“What Blindex really is, is a mechanism for stabilizing digital assets at its core. The only thing that can stop us from stabilizing other “things” is only our imagination. Taking it further into the “real” world is our ambitious long-term vision, and it’s the thing that gets our team’s creativity levels up. There’s no doubt the crypto space, especially DeFi, is still in its infancy, which means it has a lot of room to grow and evolve. We see new implementations, services, and experiences surfacing almost daily. These new financial services have more flexibility and interoperability and are much cheaper.”

bGBP is a highly demanded liquid British Pound stablecoin that can be swapped at the market rate with other coins. Users will be able to mint, swap and stake their bGBP and use them in other DeFi platforms on RSK and other chains in the future.

bXAU is the first-ever gold pegged stablecoin that is backed by BTC and ETH. Currently, gold pegged stablecoins are few in the market. They are also centralized and require holding physical gold reserves. Blindex’s bXAU, is pegged to the gold price (troy fine ounce of gold is worth appx. $2,000I) while using BTC and ETH as collateral to back that price.

Today gold investment can act as a hedge against inflation and deflation alike, as well as a good portfolio diversifier. As a global store of value, gold can also provide financial cover during geopolitical and macroeconomic uncertainty. “We see a lot of demand from crypto investors that want to diversify their portfolio by investing in gold. And now they can do it, in a fully decentralized manner” explains Omer Paz.

Stablecoins are only the beginning for Blindex. The team intends to jumpstart a new breed of a global financial system. That includes adding tools to help earn interest or borrow against assets. Additionally, the team will go beyond currencies and explore real-life assets for synthetics. All of these aspects of the protocol will run on RSK and be usable across Bitcoin’s growing DeFi ecosystem.

RSK is the most secure smart contract platform in the world, secured by Bitcoin’s hash power via merge-mining. The network scales to up to 100 transactions per second without sacrificing decentralization. It reduces storage and bandwidth using probabilistic verification, and more. RSK Infrastructure Framework (RIF) is a suite of open and decentralized infrastructure protocols. RIF enables faster, easier and scalable development of distributed applications (dApps) within a unified environment allowing mass adoption of Bitcoin and RSK.