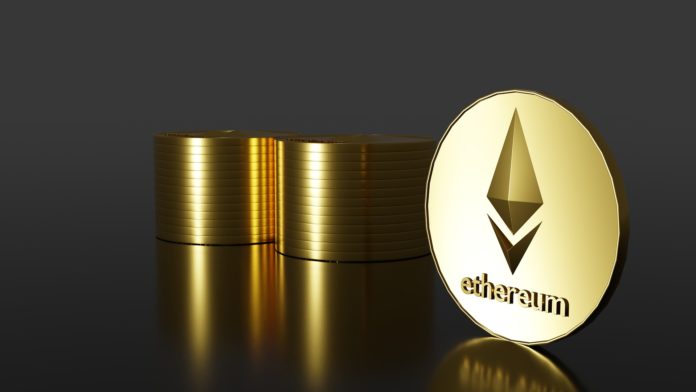 Ethereum has a scaling problem. Since the beginning of the year, this has become apparent at various points in time: This problem was most noticeable in the first few months. If you wanted to carry out a smart contract transaction, such as a token exchange on a decentralized exchange like Uniswap or Sushiswap, you found yourself in the awkward situation that the transaction costs alone amounted to over 100 US dollars at times.

Competing blockchains such as Solana, Avalanche, Polkadot and Co., which like to call themselves Ethereum killers, often optimize with a view to scaling the blockchain and accept an increased level of centrality for this.

Rollups – the solution to the blockchain trilemma?

If Ethereum wants to keep up with the growing competition, innovations are needed. According to Vitalik Buterin (co-founder of Ethereum), the key to Ethereum’s scaling problem can be found in rollups. But what exactly is behind this technology?

Suddenly, Ethereum can scale from what used to be 15 transactions per second (tps) to 3000+ tps – without compromising on security.

There are two types of rollups:

Optimistic Rollups assume an “optimistic” world view. The basic assumption is that the rollup data, i.e. the compressed bundles of transactions mentioned above, are correct. Based on this basic assumption, this data is published without verification of its accuracy. Driven by the prospect of a financial reward for detecting an erroneous publication, any market participant can then use fraud proof to prove that the new data published by a rollup is erroneous. Fraud proofs therefore only come into play when it is necessary to assess whether fraud has taken place, e.g. whether erroneous transactions have been published. As long as no contestation takes place, neither a fraud proof is required, nor is one necessary.

The assumption regarding the correctness of the data increases the probability that fraudulent bundles of data are published by a rollup. To prevent this, a dispute window is inserted. If, for example, the parties involved in a transaction suspect errors in the data, they can start a dispute during this time window.

The longer this dispute window is chosen, the higher the probability of preventing publication of incorrect data on Ethereum’s Layer1. Directly in trade-off to this is logically that it takes longer for the transaction to become final on Layer1. In practice, this leads to the consequence that it takes up to seven days to withdraw one’s funds from Arbitrum. Remedies in this regard can be provided by intermediaries who pay the user his funds immediately on Layer1 for a fee and take on this waiting time and the risk of an erroneous transaction.

If a challenge occurs after the rollup has been published, and the fraud proof turns out to be correct (i.e. the data published by the rollup is erroneous and has been proven by the fraud proof), all data is rolled back to the last known undisputed bundle. This means that all swaps (exchanges), all transactions and all other interactions that were in the erroneous bundle of the rollup are reversed.

Validity proofs assume a “pessimistic” worldview. They are used to prove that a data bundle generated by the rollup is correct. In contrast to fraud proofs, validity proofs are generated with each bundle and presented with the Layer1 data to prove that all data is correct. This cryptographic proof (called ZK-SNARK) can be easily verified on-chain for correctness, regardless of the size of the data bundle or how much processing power was required for the transactions it contains. This is where the advantages of rollups become apparent; decentralization is preserved by the fact that a conventional laptop, which would itself have too little computing power to perform these bundles of transactions, can nevertheless easily verify the correctness of the result of this computing power on-chain with minimal effort.

Due to the simultaneous availability of the validity proof, no contestation period is needed – the transaction gets finality directly on the Layer1 blockchain (thus no 7-day waiting period if you want to withdraw your funds from Layer2).

The disadvantage here is a loss of efficiency due to the fact that a validity proof has to be produced with each rollup – in contrast, a fraud proof is only produced when the correctness of the rollup is challenged.

The scalability of Ethereum – what next?

All indications are that the future of Ethereum scalability lies in rollups. Without a doubt, they are the first and best way within the blockchain industry to achieve mass adoption without compromising on security and decentralization. How important the decentralization point really is to the end users or the market in the end remains to be seen. Given the choice between the horrendous transaction fees on Ethereum Layer 1 and the less decentralized Ethereumkillers like Avalanche and Solana with extremely low transaction fees, many retail investors and users have opted for the latter option.

In the long run, however, the chances seem good that the decentralized variant will prevail due to its superior features – it will become dangerous if Layer 2 solutions develop so slowly that new users opt for Ethereumkillers despite the centrality of these protocols due to advanced network effects.

However, this chance should be considered relatively low – the ecosystem of protocols available on Ethereum L2 is growing by the day. (See below, for example, dydx or Loopring, on which enormous volumes are already transacted) And unlike Ethereum’s L1, transaction fees become cheaper, not more expensive, as the number of users increases. One of the reasons is that the more user transactions that go into a data bundle of rollups, the cheaper it becomes for the individual users because the L1 fee can be spread across more heads.

So we can look forward not only to a scalable DeFi future, but also to a decentralized one – long live DeFi!