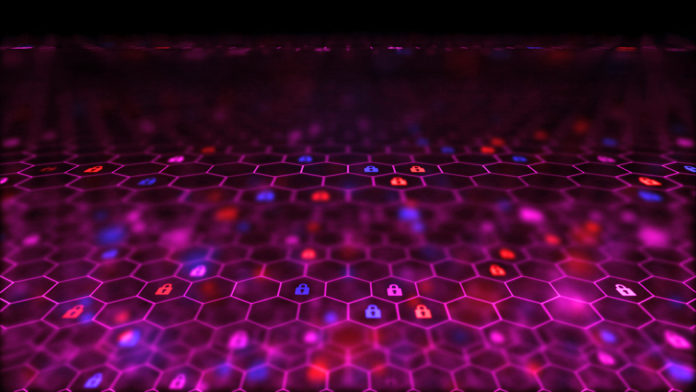 The thing with the illegal data on the blockchain

At present, a scandalous report about Bitcoin is making its rounds again: German researchers are “discovering” that the Bitcoin Blockchain “spreads” child pornography, which may make Bitcoin illegal. Almost everything is wrong with the sentence.

First of all, what the researchers supposedly found is actually as fresh as cold coffee. It has been known for a long time that you can store data other than transactions on a blockchain. I have already written about it in detail in 2014.

There are several methods to bring messages or pictures to the blockchain. The most common is to put a message via OP_Return into a transaction, which has the advantage that you can “prune” the message, that is from individual nodes. Also popular, but much brute is to put the message in output addresses. This has the disadvantage that the message becomes part of the UTXO set for all time, which is the non-erasable minimum record that a node needs.

There are several methods to bring messages or pictures to the blockchain. The most common is to put a message via OP_Return into a transaction, which has the advantage that you can “prune” the message, that is from individual nodes. Also popular, but much brute is to put the message in output addresses. This has the disadvantage that the message becomes part of the UTXO set for all time, which is the non-erasable minimum record that a node needs.

When asked if this is good or bad, the ghosts are different. I myself like the idea of ​​using the blockchain as an eternal, uncensored store of historically important testimonies, as a kind of human memory.

But you can also call it abuse. After all, Bitcoin is decentralized money, not decentralized cloud storage, and the use of blockchain as such consumes scarce resources that the network actually needs for transactions. If real outputs are used instead of OP_Return, it can even be considered an attack, as it will irrevocably reduce the functionality of Bitcoin in the long term.

An example of such a depletion is Cryptograffiti.info, a page that allows you to read and write data on the blockchain. Cryptograffiti has recently been running exclusively on the Bitcoin Cash Blockchain and stores information about outputs. Anyone who rummages about it finds, among other things: An excerpt from a theory based on the Austrians money theory, the poem “Remember, Remember! The Sixth of November, a picture of tanks in Tian’anmen Square along with a Chinese political treatise, a scientific essay on double spends, declarations of love, and more. Overall, Cryptograffiti currently stores only a handful of such news a day.

On the Blockchain it looks like this. This transaction consumes 62 kilobytes of block storage. In the outputs, she stores both a picture of the Tiananmen square, byte by byte, along with the treatise.

Suspicious data on the blockchain

The only new thing is that some researchers, mainly from the University of Excellence RWTH Aachen, have written a paper about this data. After a readable overview of the methods to bring data into the blockchain, they scan it for news and images to evaluate them quantitatively and qualitatively.

The quantitative results are interesting: there are about 118 megabytes of data on the chain, of which the re-erasable OP_Return transactions account for about 80 percent. Hardly more than 10 megabytes expand as indelible news on the UTXO set. The depletion thus keeps within narrow limits. It is conceivable that it will grow in the future, but until then there will probably still be a lot of time. Eventually, miners will not allow it to pose a threat, and eventually miners will make it a business model to subsidize low-cost transactions.

More threatening than the quantity seems to be the quality of the data. Because the researchers have discovered content with legally questionable status:

That would be the excitement. Because the scientists now assume that their find is a good basis to ban bitcoin and blockchains in general.

“In summary, we’ve found a wide range of questionable content that can cause direct damage if a user owns it. Unlike social media, file-sharing networks or online stores, the content on the blockchain can be stored anonymously and irrevocably. Because users download and store all blockchain data, they are responsible for loading some dubious content from others onto the blockchain. ”

Consequently, “it would be illegal to participate in a blockchain-based system as soon as it contains illegal content.” While there is no court order to do so, “given the legal texts, we believe there is a high potential for illegal content becoming a threat in the future for blockchain-based systems like Bitcoin. “In the most extreme case of illegal material – child pornography – in the US, England, and Ireland it is forbidden to have data that can be converted into a visual representation of the content. In Germany, persons are liable to prosecution if they knowingly possess such illegal data.

So you could argue that you commit a crime today if you run a full node.

Of course, you could panic now and immediately delete any blockchain you have on your machine. Alternatively, one can also keep calm. Because it is not likely that the researchers’ predictions will become reality.

According to the letter of the law, they could be right. Anyone who downloads a blockchain stores all the data that is on it, and if it is common knowledge that this blockchain contains illegal data, then he would not be able to get away with protecting ignorance from punishment. To what extent this is already given, but despite the wide coverage on the subject is unclear. Because criminally relevant is probably only the one image that researchers have found in the outputs. It shows “a young, bland girl,” as the authors describe it. They are unsure if it really meets the requirements of child pornography.

Reports that the blockchain contains child pornography are therefore premature.

But even if it were, in the end it’s not letters, but judges and lawyers who create the legal reality. In doing so, they are guided not only by legal texts, but also by moderation and reasonable common sense. And these speak clearly against a ban.

For one, because it would have no effect. If you forbid it here in Germany to operate a Bitcoin node, you will achieve absolutely nothing in the fight against the dissemination of illegal data. The only way to get data from an individual node is to download the blockchain from it. Then you would have to build a script that scans the chain, block by block, messages or pictures, and then view each found content individually. Easier, of course, if you know the transaction ID that contains the message. But then you could as well (and much easier) use a block explorer that is hosted somewhere in no man’s land.

In contrast to this absolutely irrelevant effect are effort and damage. Prohibiting the operation of a Bitcoin node is almost impossible, but it is extremely time-consuming, especially if nodes are running over Tor or VPNs. It would criminalize thousands of people without them even knowing why they had criminal intentions (there are currently almost 2,000 Bitcoin and nearly 200 Bitcoin Cash Nodes live in Germany). The proceeds would in no way justify the damage done: they would smash a billion-dollar container, the Bitcoin currency, to strangle a barely-existent spread of illegal data, and, perhaps worse, blockade any form of blockade make decentralized cloud storage legally impossible and thereby taboo a future technology. In addition, similar arguments could be used to sue normal cloud storage for allowing encrypted storage sets, as well as Tor nodes and encrypted messangers.

There are many very good arguments against banning Bitcoin because of data stored in the blockchain. Basically, the scandal only illustrates once more that measures to suppress information in the digital age are not working, and the attempt alone is causing far more damage than it has any use.

But what if, just as a game of thought? Are there ways to eliminate the problem?

It becomes more difficult if the suspect content is stored as raw output. Since the entire UTXO set is consensus-relevant, you can not simply delete the outputs. You need them. Eventually, one could program a node to group certain outputs into a residual output and determine it to be valid for itself, without isolating itself from the rest of the network. If all of this were to happen, it would eventually be difficult to synchronize new nodes, as the data they need will become increasingly scarce, and there is a certain risk of significant manipulation, such as legitimate transactions or money supply. But as an emergency solution for individual jurisdictions it might be feasible.

However, the authors of the paper suggest another alternative: one could use a chameleon hash function that allows a maintainer of the blockchain (or a group of maintainers) to retroactively delete individual transactions. The consulting firm Accenture already experimented with this approach in 2015. The authors “recommend discussing such countermeasures for existing systems, such as bitcoin.” However, the idea goes against anything that makes a blockchain special. Therefore, it is not to be assumed that she will even ignite somehow.