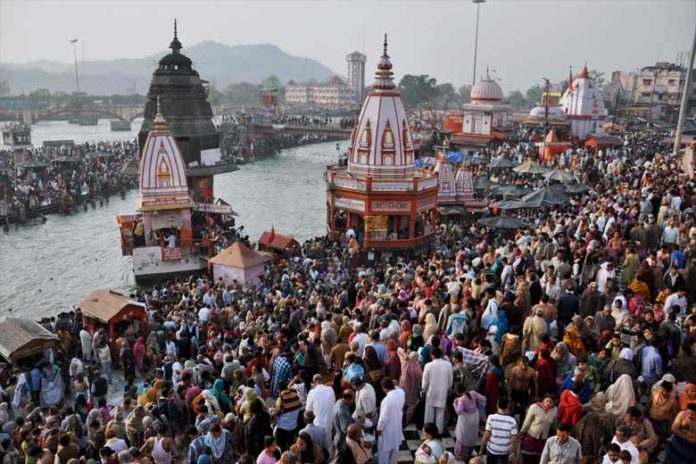 Across the globe, blockchain land registry programs are in the works. The transparent nature of this technology makes it the perfect fit for use in public records systems. Today, you see a growing number of governments seeking to integrate blockchain into their land registry protocols. Integration makes sense when you consider that blockchain is more efficient, reliable and cost-effective than current models in use.

The current systems in place are outdated. Keeping track of who owns which pieces of property is difficult when you have hundreds or even thousands of years of land records. It’s common to encounter discrepancies within the paperwork including forged documents, counterfeit titles and, in some cases, a complete loss of all documentation. When these situations arise, it can lead to costly court battles between conflicted owners, both of whom believe they are the rightful owner of a particular piece of property.

Developing countries suffer from notoriously bad land registry records due to a combination of factors. Government corruption, the use of paper-only systems, and natural disasters all contribute to the growing problems faced by land registry officials in these nations. Blockchain technology is a cost-effective solution to these concerns.

Investors seek a more transparent way to validate the ownership of a particular parcel of land. Governments look to reduce the costs associated with monitoring, updating, and validating the property ownership records. As you are about to learn, both parties believe blockchain to be the solution to their current woes.

Teton County, Wyoming signed a Memorandum of Understanding on December 20th of 2018 with Overstock.com’s blockchain subsidiary Medici Land Governance (MLG). The partnership focuses on the migration of the county’s current land records to a new blockchain-based system. According to the press release, the system will utilize MLG’s blockchain to track, record, and publicly display the county’s land registry.

As part of the program, all records dated after 1996 migrate over to the new blockchain system. Speaking on the partnership, longtime crypto advocate and Overstock CEO, Patrick M Byrne, described the importance of future blockchain land registry systems. He also touched upon the power of technology to alleviate trust concerns in the market.

In January of this year, South Burlington’s Clerks Office announced a partnership with the blockchain-based startup Propy, Inc. According to the press release, Propy is tasked with developing a secure distributed ledger of the city’s property ownership information. City officials want to know what type of cost savings a blockchain-based system brings to the equation.

Currently, the city spends thousands on storing and protecting these records. A digital system could eliminate these costs and free up much-needed funds for the city. The City Clerk, Donna Kinville, explained how South Burlington takes pride in finding innovative solutions to serve their citizens.

The state of Vermont continues to see growing interest in blockchain technology. Last year, the state created a crypto group to further investigate use cases for the new technology.

A partnership between the Blockchain Learning Group, Blockscale Solutions, and the United Nations Development Program may transform the way land registry records are stored in India forever. Panchkula, India, a small city located in the state of Haryana, is the testing ground for this new blockchain land registry system.

Haryana India via The Financial Express

The data from all the properties sold within the county adds to the blockchain in near real-time. Additionally, the use of smart contracts enables automatic sign-offs by both buyer and seller once the transaction reaches the final approval stage. As one of the most populated countries in the world, India suffers from numerous land disputes arising from conflicting paperwork.

The Netherland’s Land Registry enterprise architect, Koen Huisstede, recently stated that a blockchain solution will be integrated into the country’s land registry protocol within the next one to three years. This move falls in line with the country’s April decision to sign a declaration supporting the creation of an EU Blockchain Partnership.

The Netherland’s Land Registry wants to research how blockchain technology can simplify the current systems. These systems cover mortgage rights and all third-party data related to the property market. Developers seek a more flexible organization that is better suited to the tasks required in today’s economy.

The Wall Street Journal reported in March of this year that the Swedish land ownership authority (Lantmäteriet) had reached the final testing stages of their two-year long blockchain land registry research program. Established in 2016, the program utilizes ChromaWay’s private blockchain to register land and property sales.

The Chief Solutions Architect at ChromaWay, Jörgen Modin, described how the current systems can take three to six months from the point of contract signing until actually transferring of the property’s ownership. The new system reduces this waiting period to a matter of hours.

On October 1, 2018, the UK’s land registry released a public statement regarding a new partnership with the blockchain-based firm Methods. The partnership seeks to simplify the UK’s growing land registry concerns. The project’s name is Digital Street, and it could reduce many of the problems faced by UK land registry officials today. The project utilizes R3’s open-source Corda blockchain to streamline the traditional land registry processes. Speaking on the partnership, the country’s registry chief executive, Graham Farrant, spoke on his country’s desire to be the world leader in blockchain land registry systems.

Latin America has a history of notoriously difficult land registry systems. Colombian officials seek to change this stereotype with the integration of blockchain tech. In August 2018, the country announced the launch of an Ethereum-based land titles and registration system.

The project is a joint venture between The National University of Columbia, Spain-based UST Global, and the Colombian government. University researcher Mauricio Tovar explained how the new system will prevent loss of documentation and increase both efficiency and security. This maneuver falls in line with the Colombian government’s recent push to be more transparent in its dealings with its citizens.

Dubai has long been a hotbed for crypto activity. That’s why it shouldn’t be a huge surprise to learn that this pro-crypto community is already working on a blockchain land registry system. The new registry is part of the countries larger blockchain commitment, dubbed the Dubai Blockchain Strategy.

The city’s new blockchain system stores both sales and lease contracts. This information is available for public and private investors to review. Dubai seeks to include a tenant database within their system in the near future as well.

Blockchain Land Registry: The New Kid on the Block

Blockchain land registry continues to be an area of huge development. Countries from across the globe recognize the undeniable advantages that blockchain technology provides to the market. You can expect to see other nations follow suit as the results from these pilot programs continue to show progress.

The post Blockchain Land Registry: The New Kid on the Block appeared first on CoinCentral.

What Is Nimiq (NIM)? The Browser-Based Blockchain

Nimiq is an open-source decentralized peer-to-peer payment protocol for the world wide web. By offering browser-based access, Nimiq aims to...