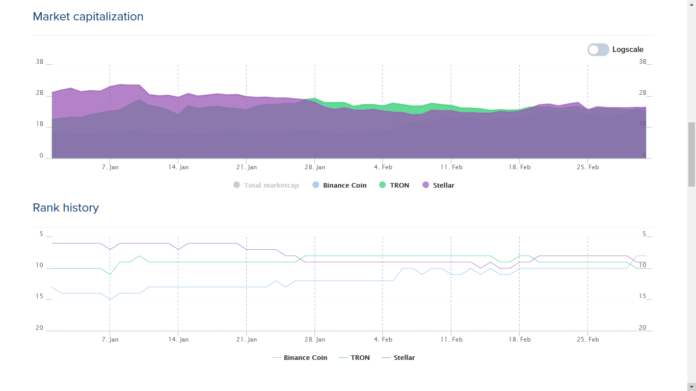 Although the crypto market has had a disappointing performance in recent months, Binance has been able to stand out, proving that its successful business model can be seen as an inspiration for other projects.

According to data from Coinlib, BNB -Binance’s native crypto- has had an exceptional performance, starting the year at14th place in the global marketcap and climbing up to the top 10 at the beginning of February. Since then, it fought hard to maintain its position, until it was able to rise to 9th place on March 1st (surpassing TRON TRX) and just one day later, it conquered 8th place by displacing Stellar (XLM) from its position.

Another chart shows that since the beginning of the year, BNB has been the best performance crypto among the three compared tokens, with a performance of +92%, Tron accounts a 21% while Stellar has experienced a decline of 23%. 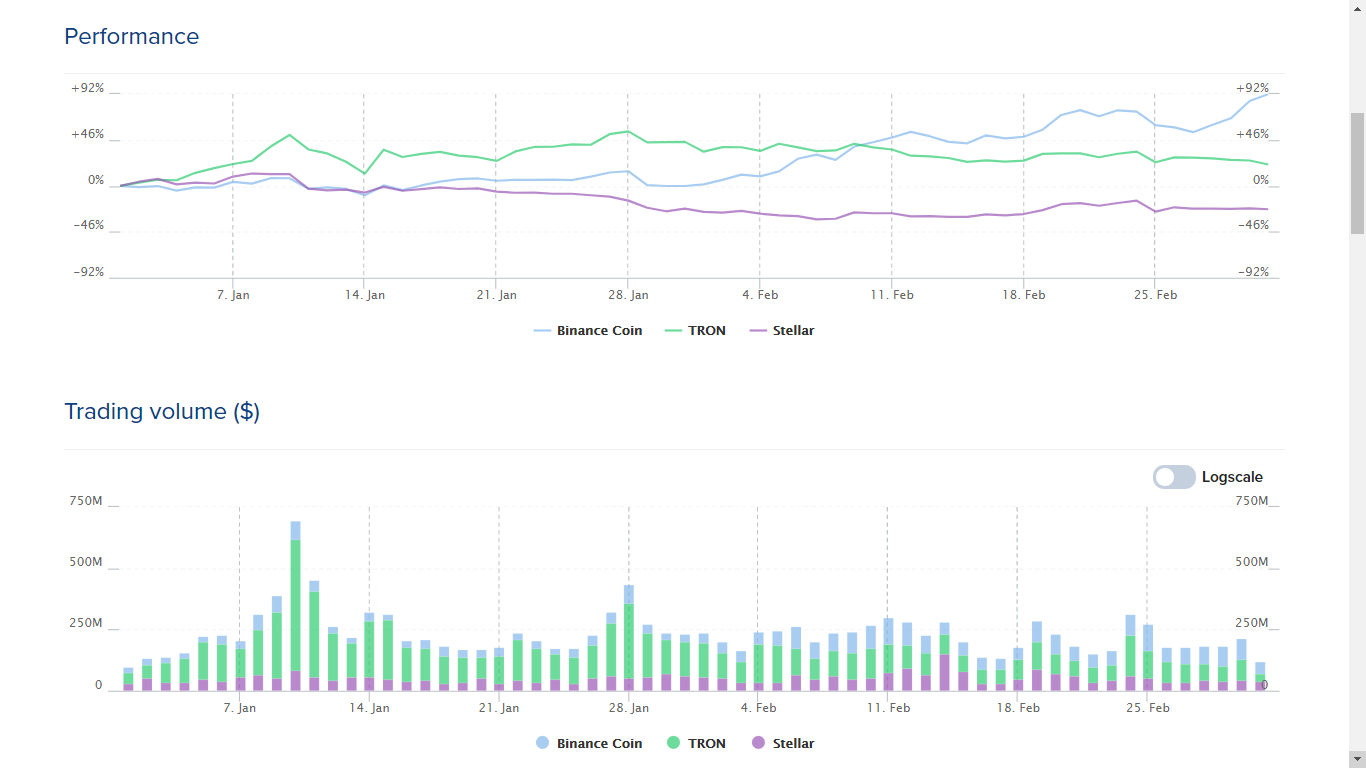 BNB’s exceptional performance over the last few days seems to be linked to the stimulus in trading resulting from the launch of the Binance Decentralized Exchange. Recently, CZ, the CEO of the company announced a contest with a 100K prize in BNB to support it.

To test the hell out of @Binance_DEX, we are giving away roughly $100,000 USD equivalent, in REAL $BNB, as reward for our testnet trading competition.

You have nothing to lose!

Come and join the fun, and help us launch the mainnet faster! https://t.co/2NK8LVVAGY

Some analysts associate the increase in the token with the company’s business model, which is far from being a merely speculative token. According to its Whitepaper, Binance uses 20% of its profits to buy BNB, which it subsequently “burns.”

This steadily reduces the liquidity of the token, increasing its value. Binance will follow this scheme until half of the initially issued tokens have been burned.

Another reason for the increased popularity of BNB is the successful implementation of Binance Launchpad, an ICO promotion platform that has so far served to fund the BitTorrent and Fetch.ai tokens, moving several million dollars in just seconds, stimulating, of course, the value of BNB after being used as the base for buying BTTs and FETs.

CZ has been one of the strongest supporters of the BUIDL philosophy, an attitude that stimulates the development of projects as the best way to strengthen the ecosystem. Binance values development over pure speculation and this vision seems to be yielding results.