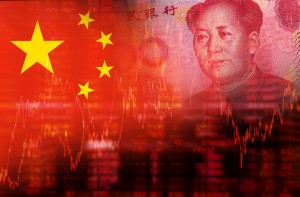 Reports of more than 80 digital payments-related patents filed by the People’s Bank of China (PBOC) is offering concrete proof of the country’s moves to launch a CBDC.

China Serious About CBDC Issuance
According to the Financial Times, China’s central bank has filed 84 patents relating to its plans to launch a digital currency electronic payments DCEP system. The number of CBDC-related patents by the PBOC came after an investigative study by the U.S. Chamber of Digital Commerce.
These patents reportedly focus on designing protocols that will control the issuance and supply of digital renminbi, as well as frameworks for performing interbank settlements and integration of the CBDC with China’s existing retail banking infrastructure.
The reported patent filings also point to the proposed ‘tokenomics’ being considered by the DCEP working group. Some patents show plans towards programmed inflation control mechanisms.
Other patent filings point towards the creation of a middle-layer entity that will allow customers to deposit fiat and withdraw the digitized renminbi. Similar patents also mention the creation of digital wallets or chip cards for retail holders of the CBDC.
Commenting on the scale of China’s digital currency plan, Perianne Boring, President of the Chamber of Digital Commerce, remarked:
The theme is that China has made massive investments and are taking this very seriously. That is drastically different from the United States approach and this just highlights that.
As previously reported by Bitcoinist, Beijing’s work on its proposed digital currency is moving along smoothly but no word of any launch date announced by authorities.
America Waking up to the Digital Currency Race
China’s CBDC progress is causing a wave of interest across Europe and the United States. Beijing’s work on a sovereign digital currency which could be adopted by smaller nations has increased the pressure on central bankers in major economies to consider launching their own digital currencies.
Appearing before Congress on Tuesday (February 11, 2020), Jerome Powell, the chairman of the U.S. Federal Reserve revealed that developments like Facebook’s Libra and China’s CBDC plans have brought CBDCs to the forefront.
In Japan, some lawmakers are pushing for the country’s central bank to create a digitized yen in response to China’s CBDC plans. Japan is also reportedly looking to lobby the U.S. to make sovereign digital currencies a major focus of the next G7 meeting.
A think tank of central bankers from Canada, Sweden, Switzerland, Japan, as well as the European Central Bank (ECB) is set to hold its inaugural meeting in April.
Do you think China will win the CBDC race? Let us know in the comments below.

XRP Price is Lagging, Should Be 30% Higher: Veteran Analyst

Trader and analyst Luke Martin claims that XRP is significantly undervalued when compared to other major alt coins. Martin’s position...