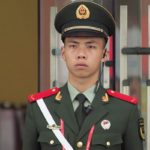 Beijing has renewed its war on crypto activities just over one month since President Xi Jinping lauded the potential of blockchain technology. According to the official document from Shanghai headquarters of the People’s Bank of China (PBoC) and the Shanghai Municipal Financial Regulatory Bureau, the authorities have launched a new campaign to shut down all the remaining activities allied to digital currencies.

The latest attack on digital currencies by the Chinese government comes only a month and some days after President Jinping made positive remarks about blockchain, saying that the country needs to “seize the opportunity” offered by the technology, which validates Bitcoin transactions.

According to unnamed sources privy to the report from the Shanghai headquarters of the PBoC, the authentic document revealed that the district administrative offices in Shanghai were ordered to investigate crypto-allied activities within their authorities to prevent the “resurgence of virtual currency speculation.” The authorities are acting on a deadline of November 22, upon which they will report their findings to two agencies.

The war against crypto activities involves even the local authorities who will ensure that operations of any identified crypto exchanges in their jurisdictions are stopped. They will also deal with any crowdfunding businesses such as ICOs, token sales, which are considered criminal offenses in China.

Overall, the move points to a centralized effort by Beijing to nip in the bud all “unregulated cryptocurrencies” on China’s mainland. The government aims to seal the few remaining loopholes in a bid to ban its citizens from conducting crypto-related payments or participating in ICOs held outside the country.

China’s hard stance is equally directed at foreign platforms that conduct exchange-like services to customers on the mainland, allowing them to participate in crypto trading activities. The current regulations already inspect Chinese banks, online payment businesses, and individuals that are believed to facilitate offshore crypto businesses.

In a twist, President Jinping’s remarks in early October pushed Bitcoin prices up almost 20 percent after he praised the crypto-related technology blockchain, which he said China would implement across a range of industries.