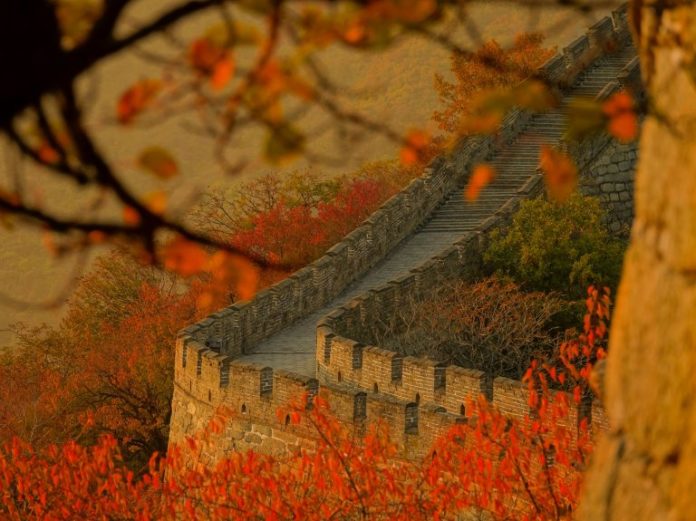 China has been confronted with multiple economic and financial problems this year amidst an ongoing trade war with the United States. Authorities in Beijing have been trying to overcome the challenges with administrative measures in what has become a market economy over the years. Inflation of the yuan just rose to its highest level since January 2012 and is projected to increase even further, to 4.7% by January. This is happening while Chinese state banks and corporations prepare to trial a digital version of the national fiat.

In November, the annual inflation rate in the People’s Republic jumped to 4.5%, from 3.8% in October, according to official data provided by China’s National Bureau of Statistics. The increase surpassed market expectations of 4.2%, the Trading Economics website noted in its analysis. Consumer prices also increased on a monthly basis, by 0.4% last month and 0.9% the previous month, well over the forecasted 0.1% for November. The main driver behind the steady increase this year has been the rise of food prices, which adds a politically sensitive dimension to the general economic picture. Food inflation exceeded 19% percent in November, which is the highest figure on record since May 2008. That was mainly caused by the continuing increase in pork prices after last year’s African swine fever epidemic. They jumped over 110% in November due to a low supply of pork. Non-food prices increased as well, including rent, fuel and utilities (0.4%), healthcare (2%), and other goods and services (4.5%).

Although Chinese inflation is yet to reach the highest levels of the years following the last global financial crisis, the current trend is certainly worrying. It has been formed alongside a deepening liquidity crisis in the country’s enormous financial system that has led to several small banks failing or suffering bank runs. Some of these institutions had to be bailed out by the government as hundreds of regional Chinese banks control as much assets as the country’s ‘big four’ state-owned banks.

Digital Yuan May Be Greeted With a Crisis

The bank insolvency cases have created a real credit crunch on the interbank lending market and small banks have been forced to increase their already high deposit interest rates, to over 4% on annual deposits. To sustain liquidity in the sector, China’s central bank continued to pump fiat cash into the system. According to a recent report by Xinhua, only last month the People’s Bank of China injected 600 billion yuan (over $85 billion) via its medium-term lending facility (MLF), an instrument introduced back in 2014 for that same purpose. True to its commitment to conduct a monetary policy that’s “neither too tight nor too loose,” as described by the government-run news agency, the PBOC also introduced 4.8 billion yuan of funds through pledged supplementary lending to the China Development Bank, the Export-Import Bank of China and the Agricultural Development Bank of China. Besides, the central bank lent more than 62 billion yuan to financial institutions through the standing lending facility, “maintaining market liquidity at a reasonably ample level in 2019,” as the report concludes.

But in a slowing economy, damaged by the trade conflict with the U.S., the People’s Bank has had to deal with declining growth rates as well. In November, it cut its one-year MLF rate, at which it provides funds to other banks, to 3.25% and reduced its one-year loan prime rate by five basis points to 4.15%. State-owned lenders were instructed to take the latter as a reference value for their loans and told to better serve the real economy. The administrative measures were aimed at stimulating businesses to borrow more after new lending fell in October to its lowest level since the beginning of the year. Meanwhile, Chinese media broke the news this week that the launch of a planned central bank-issued digital currency (CBDC) could be imminent, with Beijing stepping up efforts to finalize the project. According to a report by Caijing Magazine, PBOC is preparing to start trials of the digital yuan in places like Shenzhen, where these may commence by the end of the year, and in Suzhou next year. Some of China’s largest financial institutions, the four major state-owned commercial banks, three leading telecom operators, and the tech giants Huawei, Alibaba, and Tencent are expected to participate. The People’s Bank has already set up two digital currency development companies in the two cities, the outlet noted citing knowledgeable sources.

“In the era of global digital currency, China is becoming a leader,” the Caijing Magazine stated. The digital yuan is obviously coming to existence soon rather than later. The question is whether it’s going to inherit the high inflation of the paper version.

Do you think China will be able to successfully quell its inflation crisis? Share your thoughts in the comments section below.

For over a year now, the Simple Ledger Protocol (SLP) token universe has grown quite vast. There are now more...