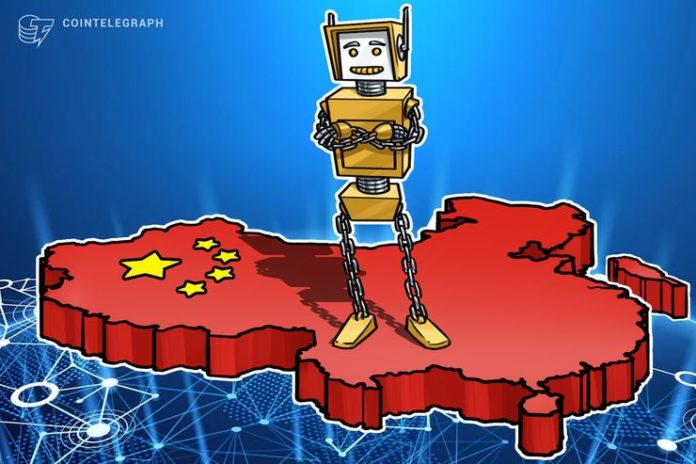 BoCom — the fifth largest bank in China according to S&P Global recent stats — used an independently developed platform called Juicai Chain to issue 9.3 billion yuan worth of RMBS, which is approximately $1.3 billion.

By using blockchain, all parties participating in the loan are able to track assets, manage cash flow, and perform other business operations. As China Securities Times writes, the use of blockchain will help reduce risks and also will shorten the RMBS issuance time, along with providing assets’ authenticity.

According to major local newspaper Xinhua, Juicai Chain was launched by BoCom back in June. The first phase of issuing digital RMBS began in July, with the first due diligence conducted in August. The publication stated that the BoCom digital mortgage base will be available for intermediaries such as global consulting company PricewaterhouseCoopers, multinational law firm Zhonglun, and others.

As Cointelegraph wrote back in July, China’s fourth largest bank, the Agricultural Bank of China, issued its first loan worth $300,000 based on blockchain. Moreover, in September, China took a step closer to blockchain technology being accepted as an evidence for legal disputes.

Decentralized solutions are actively being tested in the real estate industry. For instance, in September, the Russian branch of Raiffeisen Bank issued its first electronic mortgage, and the Netherlands state land registry expects to move all its records to blockchain within one to three years.

Ripple’s Blockchain is significantly faster than Bitcoin, TRON and Litecoin

Not only did Ripple grab the second place in the list of the largest cryptocurrencies in the world for a...