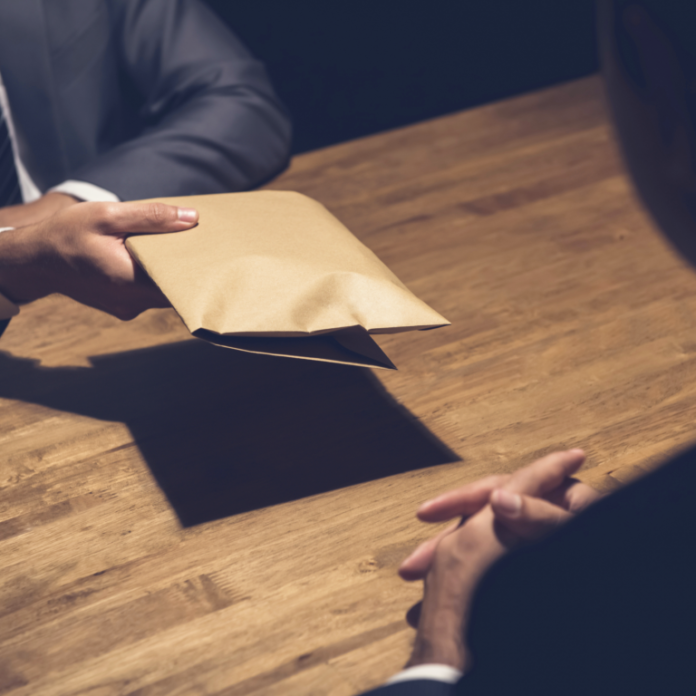 The Seoul Southern District Public Prosecutors’ Office has reportedly indicted two executives of South Korean crypto exchange Coinnest for accepting a bribe in exchange for listing a cryptocurrency. According to local media, they received 1 billion won (~US$890,000) worth of cryptocurrencies – mostly BTC.

The financial investigation department of the Seoul Southern District Public Prosecutors’ Office said last week that it has indicted the CEO and COO of crypto exchange Coinnest “on charges of receiving a bribe,” Korea IT Times reported.

CEO Kim Ik-hwan and COO Cho have been accused of accepting a bribe from the CEO of a company seeking to list its cryptocurrency on Coinnest. Local media refer to this coin only as “S coin.”

In addition to indicting Coinnest’s executives, “The prosecution also indicted another Kim, the CEO of S Coin, on charges of giving bribery, asking the two Coinnest executives to help with the virtual currency listing process,” the publication elaborated, adding:

Coinnest CEO Kim and [COO] Cho received 1 billion won [~US$890,000] worth of bitcoin and S coin in early February this year in return for offering their convenience in listing the S coin. The prosecution believes that the executives provided the issuer of S coin with the “unfair” convenience of listing the coin, such as listing “without precise examination of the technology of S coin and hastening the listing date of S coin,” Yonhap detailed. The two executives of Coinnest were also indicted on April 23 on a different charge. Korea IT Times explained that they were charged with “violating the law on specific economic crimes, including fraud, along with the company executive Hong. At that time, Kim and his party were suspected of having embezzled money by selling fake coins as if they existed.”

In April, all major crypto exchanges in South Korea jointly declared self-regulation under the guidance of the Korean Blockchain Industry Association. However, Coinnest opted out. When the association announced that 12 out of its 23 exchange members had completed self-inspection in July, Coinnest was not among them.

Coinnest, however, was one of the crypto exchanges that recently completed implementing short-term security measures, the Korea Internet and Security Agency (KISA) and the Korean Ministry of Science and Technology announced in August.

What do you think of Coinnest’s executives accepting a bribe for coin listing? Let us know in the comments section below.

Images courtesy of Shutterstock and Coinnest.

What to Expect from ICON ICX Coin Price

As cryptocurrencies are becoming more and more accepted, a lot of smaller coins are starting to get attention. The investors...