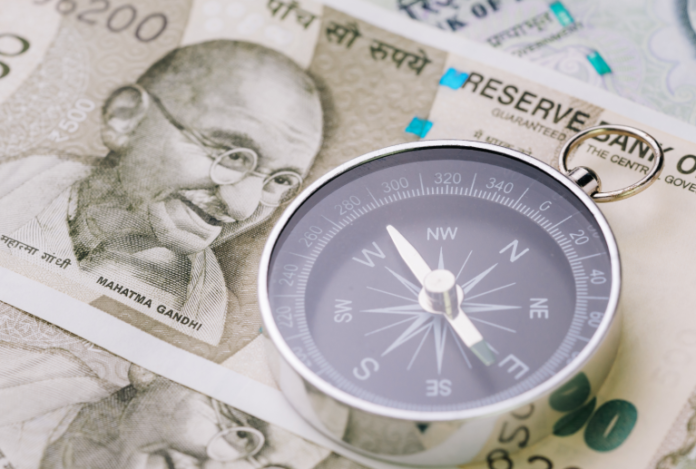 The Indian economy is experiencing severe economic slowdown not seen in many years, and cryptocurrency can potentially help. However, the government is considering a draft bill to ban cryptocurrencies, which could have undesirable consequences on the economy. Meanwhile, the Indian crypto community has already been enduring a banking ban by the central bank.

Rajiv Kumar, the vice-chairman of Indian policy think tank Niti Aayog, said last week that the Indian government is facing “an unprecedented situation.” He explained that “In the last 70 years, nobody had faced this sort of situation where the entire financial system is under threat.” According to Reuters, economists predicted earlier this week that, in the second quarter of this year, the Indian economy likely expanded at its slowest pace in more than five years.

The slowdown has led to many job losses in a number of sectors, particularly the auto industry. Chief Minister of the Indian state of Rajasthan, Ashok Gehlot, informed the press last week that almost all sectors in the country are struggling, with lakhs (100,000s) of people losing their jobs. Parliament Member Manish Tewari, a spokesperson for India’s Congress political party, estimated that over three crore (30 million) people are facing the threat of becoming unemployed.

Indirectly, crypto can help create awesome applications that can contribute to good business and that can boost the overall IT industry of India and add new jobs for the young generation. According to job search site Indeed, the crypto and blockchain market is still “rapidly growing.” The company found that the share of U.S. job postings related to crypto, blockchain and bitcoin has grown 90% over a one-year period ending February. Earlier this year, the company revealed that Bengaluru was the number one city in India for crypto jobs, followed by Pune, the second-largest city in the Indian state of Maharashtra.

Wealth Creation and Helping the Unbanked

Besides job creation, there are other benefits crypto can offer the Indian economy. Among them is attracting “new foreign venture capital investments into Indian startups,” Shetty detailed, telling news.Bitcoin.com that “ICOs can be a new global fundraising mechanism for early-stage Indian startup.” According to ICOdata, the total amount of funds raised globally in ICOs so far this year is over $346 million.

The Waxirx CEO added that cryptocurrency can help make remittances in India “cheaper and faster.” Data from Trading Economics shows that remittances in India stood at $12.6 billion in the first quarter. He also believes that cryptocurrency can offer the “Opportunity to bank the massive 300M+ unbanked people in India.” The Indian government’s own data shows that, as of Feb. 13, the number of accounts opened under the PMJDY, the government-run financial inclusion program, was 34.43 crores. Barchha, however, has doubts about how much cryptocurrency can help the Indian economy. He argued that “most of the people around the world still understand crypto as money for illegal activities,” so “It is a distant dream to see crypto helping [the] vast size of Indian economy.” He opined, “I personally don’t see crypto playing any leadership role in the Indian economy, not in coming 5 years at least.”

Currently, the Indian government is deliberating on a draft bill to ban cryptocurrencies. It was drafted by an interministerial committee (IMC) headed by former Secretary of the Department of Economic Affairs Subhash Chandra Garg, who was recently reassigned to the Power Ministry. The committee was constituted on Nov. 2, 2017, and only met three times before finalizing this bill. However, the community is confident that the bill is flawed and has been tirelessly campaigning to convince lawmakers to reexamine the IMC recommendations.

Shetty shared with news.Bitcoin.com the short term and long term effects of banning cryptocurrencies in India. In the long run, he explained that “India will see a massive brain drain,” as skilled citizens move out of the country to seek opportunities elsewhere. Bahrain, for example, has already been courting Indian startups to set up shop there, marketing itself as a crypto-friendly country. If the government decides to ban cryptocurrency, “India will not have blockchain and crypto expertise leading to no crypto-related work reaching India,” the Wazirx executive pointed out, emphasizing that the country stands to “lose billions of dollars worth of investment that the crypto sector can potentially attract.” Consequently, “Hundreds of jobs will be lost,” he indicated, elaborating:

Indian citizens will lose hundreds and thousands of crores of their hard earned money … India will lose out on thousands of jobs that would otherwise be generated if the crypto sector was to be positively regulated.

Whether done in fiat currency or cryptocurrency, “Illegal activities, money laundering, and terrorist financing are the top concerns for the government of India,” Barchha asserted. “As of now, every exchange allows trading after verifying documents rigorously,” he described, affirming that “A ban will result in [the] closure of all exchanges and that will result in no accountability of transactions.” He further conveyed that “People with illicit intentions are … going to deal in crypto using their own network,” elaborating:

Indirectly, the government of India will increase their headache of tracing illegal transactions, which would have been easier if strict KYC based exchanges are regulated.

On the other hand, he opined: “honest traders or investors won’t give up their faith on the technology and they will trade in cash through peer-to-peer portals. They won’t be paying any taxes for these transactions, which is an additional loss for the government.” Recently, The Indian National Association of Software and Services Companies (Nasscom) voiced its concerns regarding the proposed banning of crypto assets in India. The association describes itself as “the apex body for the 154 billion dollar IT BPM industry in India,” which “Liaisons with government and industry to influence a favourable policy framework.” Nasscom stated that “A ban would inhibit new applications and solutions from being deployed and would discourage tech startups” and would also “handicap India from participating in new use cases that cryptocurrencies nad tokens offer,” emphasizing:

A ban is more likely to deter only the legitimate operators as they have no intent to be non-compliant.

In his open letter to the Indian finance minister, Sohail Merchant, CEO of local crypto exchange Pocketbits, wrote: “If the ban comes into effect, the black market will continue to thrive. It will be the common man, compliant businesses, and innovators building upon these protocols that will be affected.”

There is already a banking ban in place in India, imposed by the Reserve Bank of India (RBI) in its circular issued in April last year. The ban went into effect 90 days later. A number of industry participants filed writ petitions challenging the ban, which the Indian supreme court was originally set to hear in September last year but was continually delayed. The wait has caused a few operators to shut down their local exchange operations, including Zebpay, formerly one of the largest crypto exchanges in India, Coindelta, Coinome, Koinex, and Cryptokart. During the Aug. 21 hearing, the supreme court instructed the central bank to answer the representation by crypto exchanges. Shetty told news.Bitcoin.com that the document was submitted by the Internet and Mobile Association of India (IAMAI) sometime last year. “It’s basically a set of suggestions that IAMAI had sent to the RBI. Stuff like exchanges following KYC and AML policies etc,” he clarified. “The objective was to put across the fact that there are better ways to ensure investor protection and prevent malicious activities in crypto.”

Coinrecoil, the first company to challenge the RBI ban in court, has recently withdrawn its writ petition. “Yes, we did withdraw our petition last week,” Barchha confirmed. “Even though being a startup, we decided to take the risk and became the first exchange in the country to file the petition. We tried our best to stay till the end of the fight. But regardless of our passion or confidence, at some point, money matters.”

According to Barchha, the financial burden was the only reason for his startup with limited funds to withdraw its petition. “Most of the investment was done by three directors, friends, and family. That was enough to build the exchange from scratch, and make it operational for 4 months. The banking ban was a blow to our financial planning,” he detailed.

Do you think crypto could help boost the Indian economy? Would banning it have the opposite effect? Let us know in the comments section below.

The post Crypto Can Boost Indian Economy – How Banning Will Hurt it appeared first on Bitcoin News.

Salaries paid in decentralized digital coins have become a norm across the crypto industry, but there’s really no reason why...