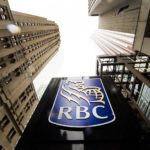 The Royal Bank of Canada (RBC), which is the largest bank in the country, governing a total of $500 billion worth of assets is starting to consider opening a cryptocurrency exchange just a year after it ruled a complete ban on purchasing cryptocurrencies with its credit cards.

The bank’s consideration for a cryptocurrency exchange stems from the amazing development of the blockchain industry in Canada and the focus of the local government for better innovation in this sector.

Being the largest corporation in the country, the RBC simply cannot afford on falling behind on the technology, or it would risk losing its title within just a couple of years.

A side note to the story is that the RBC can earn the title “first to open a crypto exchange” if they decide to go with the plan. In terms of marketing and PR that would be an amazing step. Overall, the bank seems to have a “we don’t really lose anything” attitude towards the project.

According to a local media outlet, the main focus of the RBC is to allow their customers access to various e-commerce stores that have started accepting cryptocurrencies as a medium of exchange. Losing that large market is going to be an extremely large hit to the transaction volumes for the bank, thus a loss for future investments or the damage to its stock prices further down the line.

As any listed company would do, the RBC is poised to prevent that from happening by any means necessary.

Catering to the authorities

Many Canadians are already criticizing the bank for catering to the Central Bank, which has been quite vocal about its future plans to better govern consumer transactions.

Consumer transactions, in this case, means the monitoring of purchases made via online platforms and calculating the spending habits.

This is designed to understand the growth of several industries correlated to the spending habits of Canada’s consumer base. If the numbers don’t add up, the government simply starts an investigation to find out the reasons as to why.

All in all, it’s an overblown strategy for regulating money laundering in the country, which could actually work through better promotion and further commissioning of large corporations such as the Royal Bank.

Some industries are worried

It’s safe to say that this much government intrusion in private ventures is a little bit worrying for several industries, especially those that don’t necessarily target Canadian consumers specifically.

One such example is the Canadian online gaming industry which has just recently started switching to cryptocurrencies. By switching, we mean that websites are now partnering with third-party crypto payment providers and offering their users a direct deposit with Bitcoin, Ethereum or sometimes even native tokens to their consumers.

Ever since Canadian online slots became crypto-friendly, the volume of crypto movement in Canada increased significantly. Things such as small daily transactions on an online platform were getting more and more intense.

Users would simply transfer their crypto funds on a gaming website, place just one bet, as small as possible and immediately apply for a withdrawal on either their bank accounts or some other digital wallets.

Considering that Canada doesn’t necessarily enforce gaming taxation, this was a perfect way for Canadians to avoid capital gain tax on cryptocurrencies. All they would say is that they had some funds remaining on the platforms, which they used to grab a substantial win.

With the introduction of a crypto processing platform or a crypto exchange from the Royal Bank of Canada, local commercial banks would have a much easier time identifying honest transactions and fraudulent ones as well.

When will the project be ready?

The project is already under a significant question mark, meaning that it has not been confirmed yet. The director’s board in the RBC is still mulling over the idea of thinking whether or not it’s worth the headache.

But considering that most of the country is fast approaching a completely digitized economy, it’s just a matter of time before the RBC is forced into the crypto industry.

However, regardless of all speculation, there are two options for the project. It will either be confirmed in November this year or in Q1 of 2020.

The new Zimbabwe dollar has hit the streets, with banks beginning to issue the paper currency Tuesday. The ‘Zimdollar,’ existing...