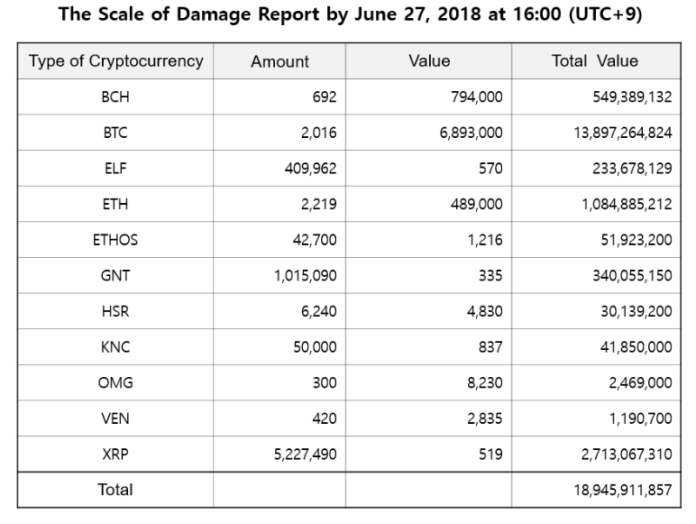 Bithumb first reported the hack on June 20, temporarily suspending all deposits and withdrawals. The South Korean Ministry of Science and Technology has since launched a probe into the causes behind the hack.

Bithumb writes today that the “main reason” for lowering the loss estimation to $17 million is the “ongoing participation, support, and cooperation of the cryptocurrency exchanges and cryptocurrencies foundations across the world,” also noting their removal of their crypto holdings from a hot wallet to a cold wallet as helping stem the damage.

Bithumb still asks users to refrain from making any deposits until a further announcement is released.

Crypto exchanges have reacted differently to hacks, with some situations, like Bithumb, resulting in a promise to reimburse all customers affected, and others, like BitGrail, leading to legal battles and a seizure of the firm’s wallets.

Led by IOST/Bluehill and FBG Capital, COVA is Rolling Out ‘Internet 2.0’

Having just closed a multi-million dollar investment round led by FBG Capital, COVA (COVALENT.AI) is breaking the news again by...