Mid-yesterday afternoon, the entire cryptocurrency universe found itself under selling pressure with rumors that large blocks of Bitcoin (BTC) were being unloaded once again by the Mt. Gox custodian, which forced prices lower across the board, yet soon thereafter, prices started to stabilize.

However, after stabilizing throughout afternoon trade, a second wave of selling hit the entire cryptocurrency landscape when Nvidia (NVDA) announced their quarterly results after the 4PM bell and disclosed that while quarterly sales had topped expectations, it was also revealed that a greater portion of their demand for its powerful graphic processors (GPU) were derived from the cryptocurrency space (non news event in our view as such has been known for quite some time).

Nevertheless, it appears that what NVDA had to say next is more than likely what triggered the sharp selling pressure, which persists as we presently stroke the words on the keyboard.

The company (NVDA) stated, that while it generated $289M (excellent number) in sales to Miners during its quarter, CFO Colette Kress also noted that the company expects cryptocurrency related sales to fall 65% to roughly $100M in its next quarter, which lit the wick for yet the second wave of selling, which continues to act as a drag on the entire space.

Whether both (Mt. Gox suspicions or Nvidia news) events are worthy and or justifiable reasons/contributors for the resulting sea of red throughout the cryptocurrency universe, it appears nonetheless, that both investors/traders have responded via activation of the sell button as we can observe via the charts below: 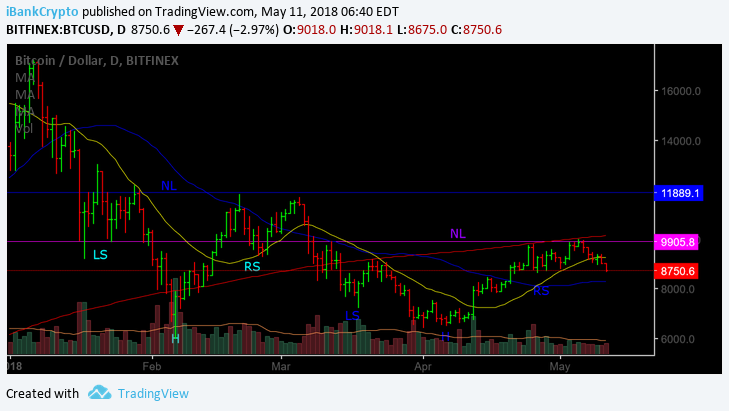 As we can observe from the action in Bitcoin (BTC) above, BTC now finds itself flirting with important short-term support located at the 8650-8750 zone. This area of potential support will more than likely need to hold/sustain in order to corral any additional selling. 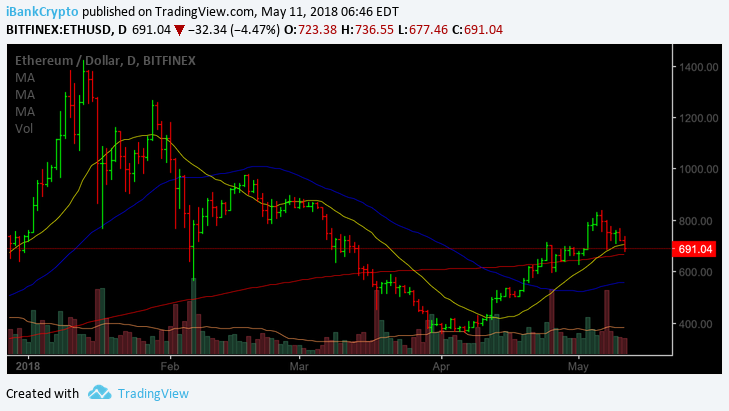 Looking at the chart of Ethereum (ETH) above, while ETH presently finds itself in a favorable technical posture – for now, we can also witness that ETH is finding its way back to its 200DMA (red line) located at roughly the 660 level where both investors/traders may want to monitor closely for signs of potential support. 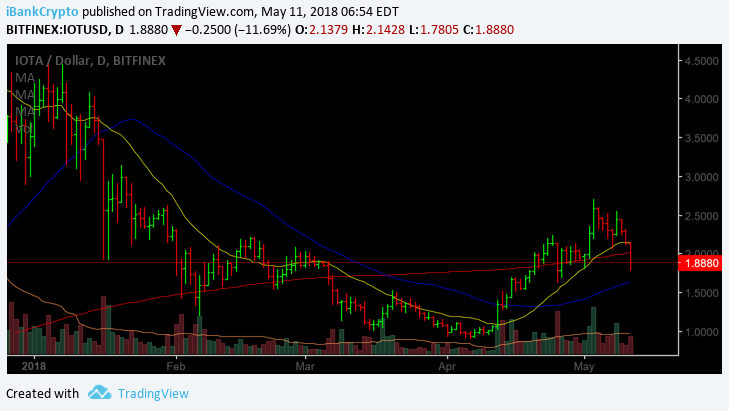 The current selling pressure has taken its toll on IOTA (IOT) as we can observe above, whereby IOT was shaping-up and acting as a recent leader from a technical perspective and now finds itself violating its 200DMA (red line). Additional meaningful potential support resides in the 1.60-1.70 zone. 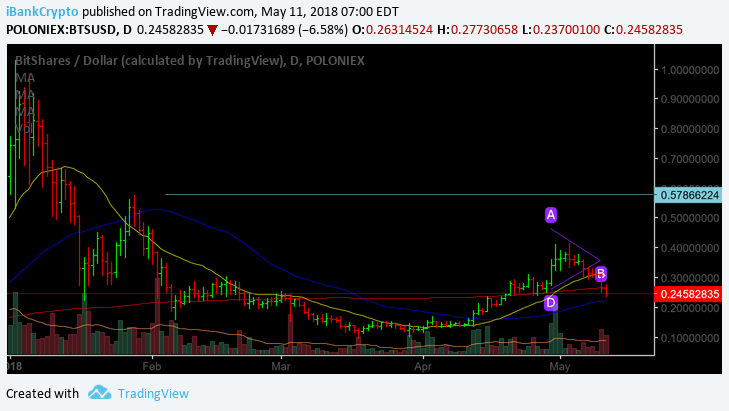 BitShares (BTS) has broken beneath its triangle pattern as well as its 200DMA (red line) as can be observed above and now finds itself flirting with critical potential support at the .238-.24 level and will need to hold in order to stem the tide. 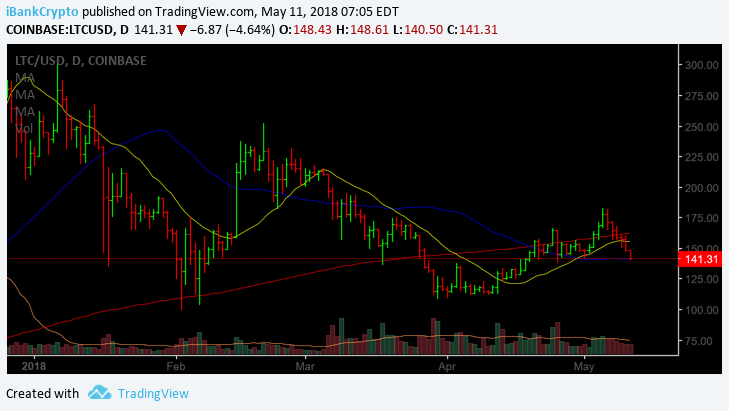 Taking a glance at Litecoin (LTC), we can observe that LTC is now resting on its 50DMA (blue line) and testing its potential support zone in the 138-142 local. This level will need to hold or, LTC may just find the slope slippery down to its next potential level of support located at the 124 level. 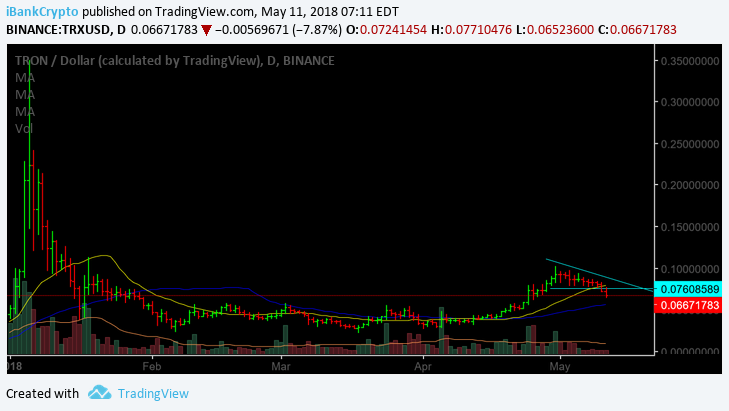 Observing the chart above of Tron (TRX), we can see that TRX has violated its triangle pattern to the downside and as many of the previously noted names, it too also finds itself flirting with meaningful potential support located in the .062-.065 range.

Needless to say, the past eighteen hours have wrecked havoc throughout the entire cryptocurrency universe from both a price and technical perspective whereby, we now find many names and or technical levels at a critical juncture from a short-term perspective. Let’s see if a bid materializes throughout and puts a halt to the sea of red or if we’re to treated to additional pressure moving forward.