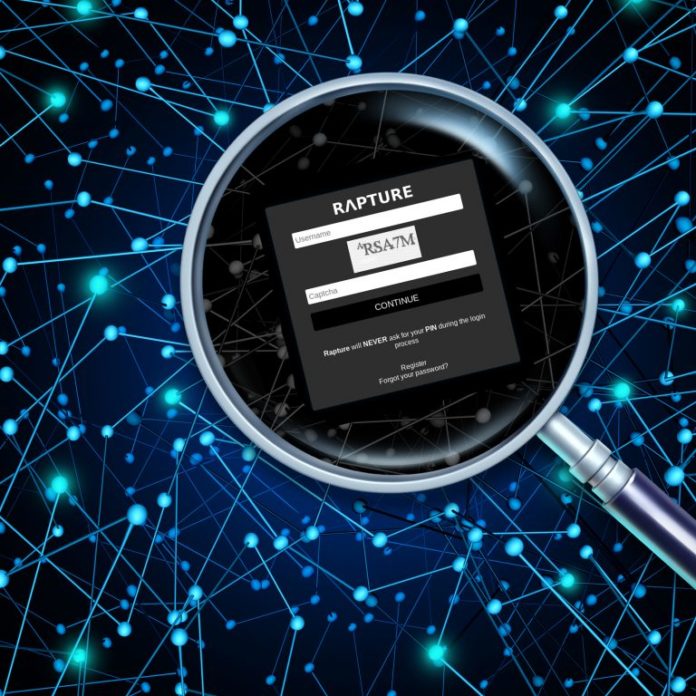 The website Rapture Market has been down for well over a week for users who frequent the darknet, causing concern that another DNM has committed an exit scam. Currently, the market’s customers and some vendors are freaking out as the online marketplace was gaining in popularity and enjoying solid ratings with decent uptime. However, Rapture Market hasn’t been around for very long and people are starting to believe another DNM has bitten the dust for a number of speculated reasons.

Also read: Darknet Markets: Learning How to Get There is Half the Battle

It has been over eight days since the Rapture Market and its associated forums have been online, and patrons are growing concerned. According to the Deep Dot Web publication, the market is suffering from downtime and its 98 percent uptime rating has dropped to 97 percent. The marketplace hasn’t been around for as long as elder markets like Dream, and Wall Street, as Rapture was created this past January. Since the inception of Rapture, the market has received very good reviews and had a ‘trusted vendors’ referral system and affiliate program, alongside over 500 narcotic listings and other materials. Rapture accepted both Bitcoin Core (BTC) and Monero (XMR) and incorporated a forum and messaging system which have also been non-operational for over a week.

Lots of Speculation, While Reliable DNM Information Is Harder to Gather These Days

These days it’s harder to find out information on the reputation and whereabouts of DNM vendors alongside down darknet markets since Reddit recently removed the most popular DNM forum. However, patrons searching for information about Rapture’s demise are still communicating through the r/darknetmarketnoobs subreddit and other areas on the clearnet.

“Has anyone been in contact with any staff or is there a Rapture PGP signed message about downtime?” One Rapture patron writes on May 15. “I’ve looked but couldn’t find anything. It’s been down a day and a half now, just wondering if anyone knows if its legit downtime or possible exit scam?”

Some Rapture users said the site will return soon and also revealed that the webpage was suffering from DDoS attacks, among other issues. After a few months of decent reviews on the website Deep Dot Web, a bunch of new reviews appeared last week, with people asking why the DNM was not available.

“The market is under DDoS owners are trying to get it back up no need for panic,” a user writes four days ago. The very last reviewer explains they have ‘inside’ information on why the site is non-operational and states:

For security reasons I can not reveal how I have this information but I have very credible sources and the site is fixing some bugs and taking the market offline; bugs are minor but there are a few so it is better to take offline and take care of them all at once. So just chill out it could take a couple of weeks to fix according to sources but the market may be online before then but I do not have that information.

No one has any solid information about the exact reasoning Rapture is down and annoyed patrons are therefore speculating. As usual the ‘exit scam’ is always the most dominant theory. An exit scam is when the marketplace administrators suddenly ‘disappear’ after accumulating a lot of customers’ money that sits in escrow alongside a large collection of vendor bonds that have been collected.

It’s safe to assume that the Deep Dot Web and other DNM sites will remove Rapture if the market remains unavailable and classify it as an exit scam, but for some patrons, there’s still hope for a Rapture revival.

Prove ownership on the Bitcoin Cash Blockchain for only 0.0005 BCH. Using the Bitcoin.com Notary.

The post Darknet Market Rapture Has Been Down for a Week — Users Grow Leery appeared first on Bitcoin News.

Ripple has 55 billion XRPs in escrow. Could that be linked to xRapid?

A frequent question among Ripple aficionados is about the use of Ripple’s XRP in xRapid. Does it come from the...