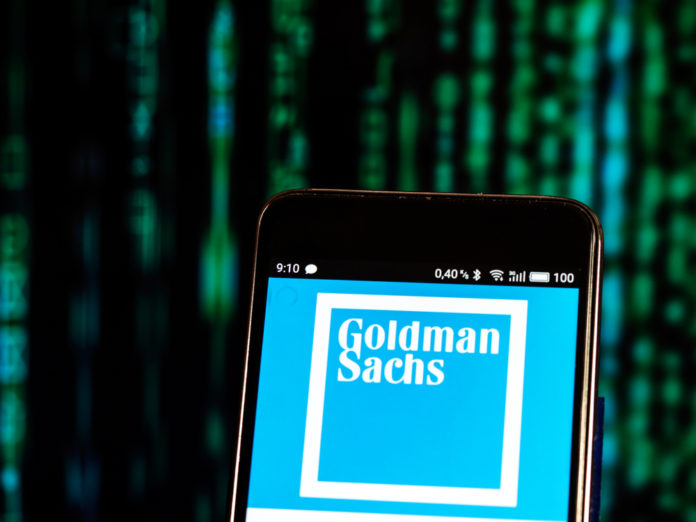 Wall Street is warming up to the crypto world. Or rather, one of its biggest names, Goldman Sachs, is in. According to a report by the New York Times, the bank, one of the biggest names in the financial world, is aiming to open its own trading platform. Goldman’s project is seen as a reversal of attitudes amongst Wall Street traders – bitcoin was never considered to be more than a novelty, with some, such as JP Morgan’s CEO Jamie Dimon, calling Bitcoin an outright fraud. However, this new trading platform could give cryptocurrencies, and Bitcoin, in particular, additional legitimacy.

Does that mean that Bitcoin is on its way to mass market viability?

Well, not quite. One of Goldman’s driving motivations in launching this platform is not so much a pivot into Bitcoin, but instead a way to offer its institutional clients a way to invest their Bitcoin holdings. It’s meant for marginal, derivative trading, that will for the time being offer only standard Bitcoin futures, as well as a Goldman derived instrument known as a non-deliverable forward – not, importantly, bitcoins themselves. According to Goldman, these instruments will allow institutional holders – hedge funds, endowments, foundations and the like – a way to use the bitcoins that they have already amassed from existing bitcoin holders and newly minted millionaires.

However, Goldman still faces obstacles in launching their platform, namely regulatory pressures, such as obtaining clearance from both the Federal Reserve and New York financial authorities, to trade futures. But the company is already ahead of the curve in crypto, as it’s been actively clearing futures on several Chicago exchanges. The platform will be the first time Goldman will be using its own money to purchase and handle bitcoin on behalf of its customers.

The bank isn’t going to be content with just trading futures and holding Bitcoin – its future plans may well change the course of the currency forever. Jason Schmidt, a digital asset trader at the bank, is looking into ways to trade Bitcoin itself, and not just futures contracts. The entrance of such a large player into the market – and the signal of Wall Street confidence such a move would bring – will undoubtedly have a massive effect on the often opaque and unregulated trading activities of the market thus far.

But for those expecting a quick entrance into the field by Wall Street, they may want to dial back their expectations. That’s because Goldman has still not been able to obtain the necessary legislative clearance to hold Bitcoin – known as custodianship – and it may take a while longer. The main issue is the legal definition of a ‘digital asset,’ which doesn’t have a clear meaning yet. While several bills have been proposed in Congress to clarify it, none have passed yet. There is hope on the horizon, however, with the introduction of the Token Taxonomy Act in December. The Act would clarify the status of tokens and other digital assets in a legal sense, as well as free tokens from various restrictions currently tied to crypto tokens being seen as securities by the SEC.

According to Anthony Zeoli, a partner at Freeborn & Peters LLC, and an expert in Blockchain regulation, however, the bill will not solve the issue entirely, as the language of the bill focuses on ‘utility tokens.’ But further precedent for blockchain regulation may be found not in the halls of Congress or in the offices of Wall Street, but in Wyoming, which has introduced a bill clarifying and classifying digital assets, virtual currencies, and digital securities. Importantly for Goldman and other banks who want to enter the crypto world, the bill will also allow banks to act as custodians of crypto assets of all types, giving regulators and banks a clear guide on how to act.

None of these developments will be quick, but the signs are encouraging – and with a US state, and a major bank, working actively to legitimize cryptocurrencies, there may soon be a new crypto renaissance in the works. If Wyoming and the federal bills both pass, this may clear the way for the ecosystem to start normalizing itself with other standards and expectations of international trading markets and create new opportunities for traders and innovators in the blockchain space.

A state-level change, especially, and a set procedure for bank custodianship of assets, will allow banks to work in all 50 states – not just Wyoming, and that may be precisely the signal that Goldman is looking for.

It would also encourage other institutional investors to start trading on Goldman’s platform, and will likely lead to other Wall Street banks offering similar services. It’s hard to tell exactly how all changes, when they happen, will affect the industry, but it indeed is an exciting trend to watch.