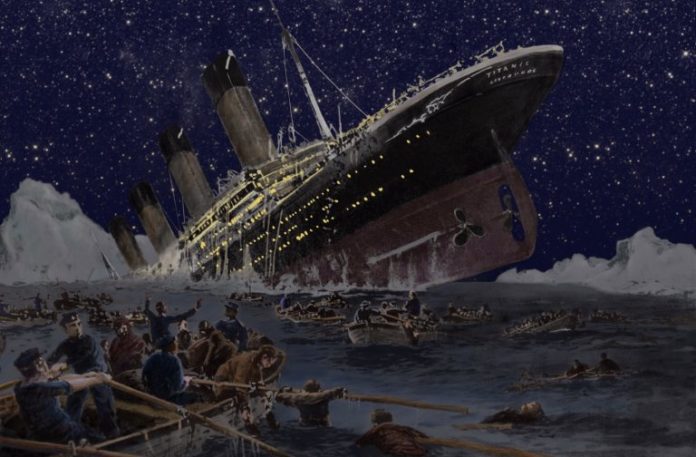 Negative and zero interest rate policy (NIRP and ZIRP) are becoming a new global norm. Endless printing of paper money is said to make economies stronger, while everyday individuals are seeing their savings worth less and less. These policies were traditionally viewed as last ditch, temporary measures to save economies, but are now increasingly being praised with smooth talk from central banks and policymakers as the answer to the world’s problems, paving the way for the next global downturn–possibly even a major economic meltdown.

In George Orwell’s classic dystopian novel 1984, the political language called Newspeak existed “not only to provide a medium of expression for the world-view and mental habits proper to the devotees of Ingsoc [the novel’s dystopian political system], but to make all other modes of thought impossible.” Politicians today employ the same techniques.

Euphemism is designed to make unpalatable realities sound inoffensive or even pleasant. Economic terms like “quantitative easing” and “NIRP” don’t sound particularly threatening or bad. The underlying realities successfully obfuscated, however, and central bankers are able to proceed with impunity in economic activity extremely damaging to the finances of the hardworking individuals they govern. With politicians and global financial advisory groups saying things like “Over in Europe and Japan they have NEGATIVE RATES. They get paid to borrow money” (Donald Trump), or “Without cash, depositors would have to pay the negative interest rate to keep their money with the bank, making consumption and investment more attractive” (the IMF), the reality of what is being advocated is hidden.

How Does NIRP Work?

Negative interest rates are set by a country’s central bank. They spur spending and discourage saving. Banks cannot afford to leave excess reserves being eaten away in the central bank at these rates, and are thus incentivized to provide more affordable loans. Some retail banks absorb this cost to keep their depositors from moving savings into cash; other banks charge their customers. The low rates and increased loans mean that more people borrow and spend, and the now stimulated economy is thus viewed as “strong” (more newspeak), juiced up on the speed-like drug of increased easy lending. The printing of more money can then justified under this pretext. At some point, however, the chickens of these policies come home to roost, as sound assets and resources are limited, no matter how much paper money a government prints.

ZIRP is the only slightly more conservative cousin of stimulus-addicted NIRP, and is a zero interest rate policy set by a country’s central bank. Unlike NIRP, zero is the limit as to how low nominal rates can be set, and so other measures such as quantitative easing are often implemented. When zero interest rate policy fails to stimulate an economy adequately, QE, or quantitative easing, may be employed in conjunction. QE is the creation of more money by a central bank, temporarily easing the stress on a given economy. In QE, central banks create more reserves to buy debt and securities from their governments and sometimes even private entities. As finance website thebalance.com notes:

No funds change hands but the central bank issues a credit to the banks’ reserves as it buys the securities. QE has the same effect as increasing the money supply.

With the domestic money supply increased, economic activity is expected to be stimulated. Like the NIRP and ZIRP policies detailed above, however, it’s akin to taking an aspirin for a serious disease, or buying more credit cards to pay off the pile of old, already maxed-out plastic in one’s wallet.

An increased money supply means higher inflation and the resultant loss of purchasing power. In case QE fails to provide a shot in the arm to a given economy, a phenomenon known as stagflation can also occur where inflation continues in the absence of economic growth. It may seem surprising to consider many world leaders, central banks and financial planners are now praising and implementing policies designed to make money weaker in the name of progress, but that’s the reality.

“Over in Europe and Japan they have NEGATIVE RATES. They get paid to borrow money. Don’t we have to follow our competitors?” @Varneyco Yes we do. The Fed doesn’t have a clue! We have unlimited potential, only held back by the Federal Reserve. But we are winning anyway!

In its Global Banking Annual Review 2019, management consulting firm McKinsey & Company claimed that “60 percent of banks destroy value” as they are not economically viable. From 2009 to 2018, most banks studied showed a return on equity (ROE) less than their cost of equity (COE). In other words, they are not making ends meet and in the case of another crisis like the global downturn sparked in the late 2000s, may not survive.

Global trends toward negative rates and easing are nevertheless touted by policy makers as necessary. According to research by the Federal Reserve Bank of San Francisco, “Central banks that have yet to introduce negative rates may take some comfort from this evidence as there appears to be room below zero for additional economic stimulus.” The media is complicit in being the megaphone for these concepts of endless easing and low rates as well, with even respected financial publications praising such moves. None of the pretty language, of course, changes the stark reality underneath. Rearranging Deck Chairs on the Titanic

To see where all this is potentially heading, one only needs to look back at the long list of countries where inflation has already spiraled out of control, and the current talk from global monetary policymakers and central banks. While many countries have suffered independently before, the timing now suggests a broader, more global financial meltdown could be on the horizon.

Leadership at the European Central Bank continue to praise and advocate for the extension of NIRP and ZIRP policy. Japan, Sweden, Switzerland and Denmark don’t look like they’ll be escaping their deepening, respective NIRP sloughs anytime soon. The U.S., Australia and New Zealand’s rates are all rapidly approaching zero, and New Zealand’s central bank is even considering taxing cash to force people to spend and discourage saving.

Severe recessions have historically required 3–6 percentage points cut in policy rates. If another crisis happens, few countries would have that kind of room for monetary policy to respond.

As rates are already so low globally, another recession could spell real disaster. One of the IMF’s proposed solutions was to even eliminate cash, another emergent global theme.

At the end of the day, central bankers appear to be playing a board game. When the colorful strips of play money run out, the banker just writes some numbers on blank pieces paper and the game goes on. In Monopoly, this is all for the sake of fun and leisure. In reality, it’s a game being played with people’s very livelihoods, by saccharine-tongued politicians and central bank governors who have nothing to lose by gambling your money away.

What are your thoughts on NIRP and QE in the context of the global economy? Let us know in the comments section below.

The post Do You Know the Newspeak of the Looming ‘NIRP’ Economic Meltdown? appeared first on Bitcoin News.