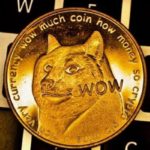 Today we will be analyzing charts and price data in order to formulate Dogecoin (DOGE) price prediction for August 2019.

The Dogecoin crypto was forked from Litecoin in Dec 2013, and its logo is based on the “Doge” Internet meme which features a Shiba Inu.

The charts on the 26th of August clearly show that the market is right overwhelmed not by buyers but sellers. It is obvious that the market is closing in on the $0.0028 price, and in terms of support levels, the prices are in the range of $0.0026 and $0.0025.

DOGE currently appears to be in a slight bullish zone. However, things are also slightly leaning towards a bearish tendency as well.

The price of Dogecoin is hovering between the $0.0025 and $0.0035 levels. At the high end of the price, the market tried to break the high price in four instances but failed to surpass the overhead resistance. The market then dipped to $0.0027 and started a range bound move above it.

It is important to keep in mind that as the RSI is rather close to the bottom due to the recent price drops, it clearly shows that most traders are selling their DOGE funds instead of buying. 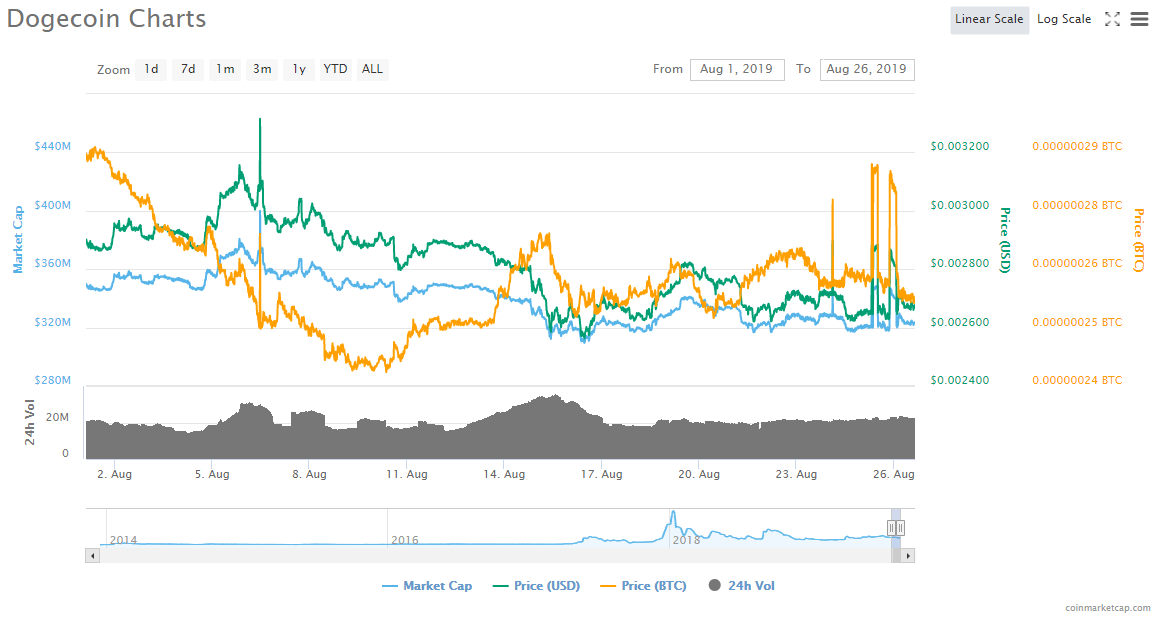 The current support and resistance levels for Dogecoin are the following:

The site predicted that the highest value for August will be around $0.00421841 USD. This is a very optimistic prediction, but based on the current charts, it is very unlikely DOGE will pass the $0.004 level. 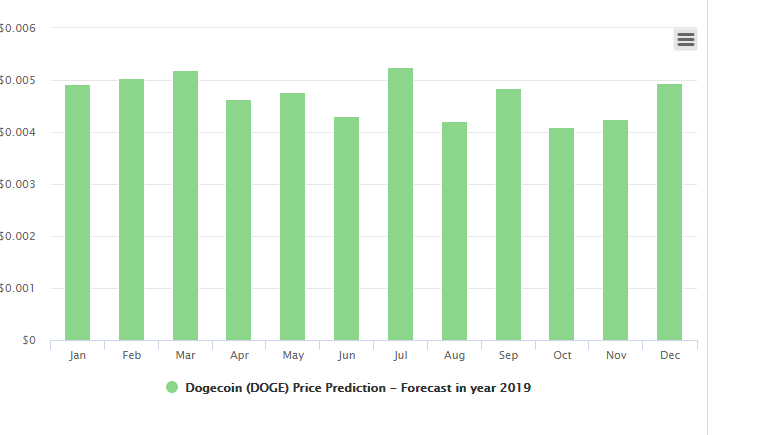 On August 2019 Dogecoin Previsionbitcoin predicts that the coin will see a major boost its price. “We assume as high predictable a mass adoption of this cryptocurrency next months. We expect on August 2019 a Dogecoin rise with a strong capitalization and consequently a concrete value per coin increase.” They expect the price of the coin for August to reach $0.00379149. 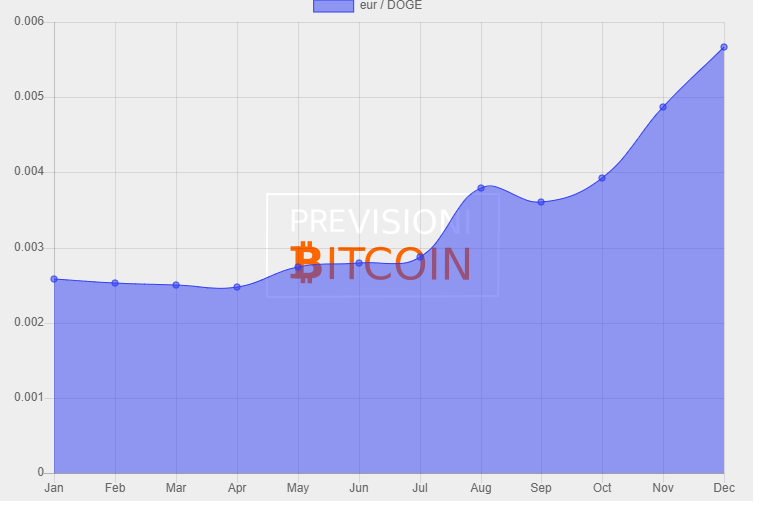 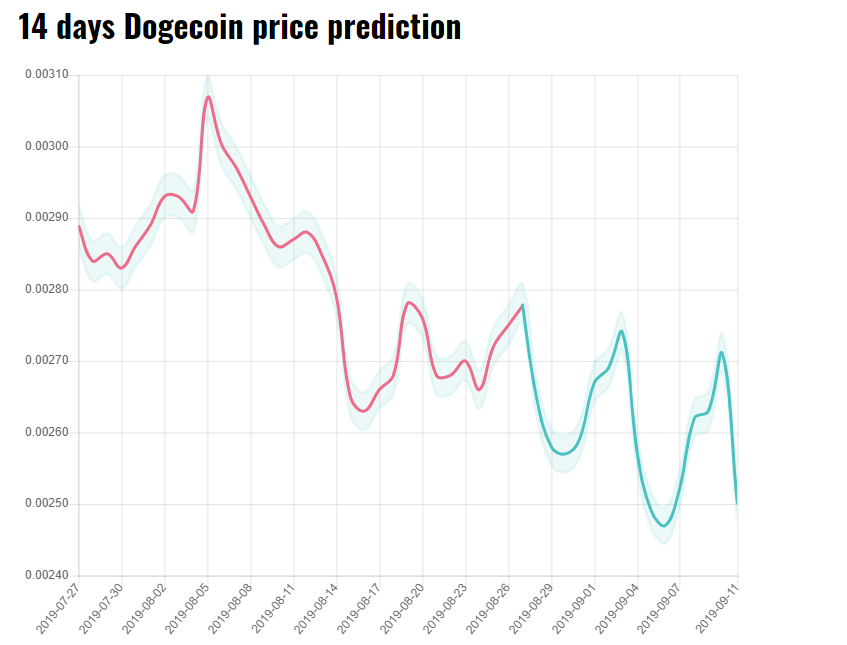