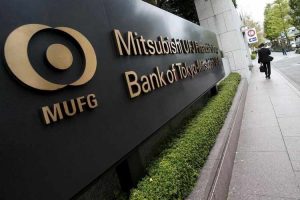 Ripple (XRP) may only be the third most valuable cryptocurrency, but current trends suggest it may be poised to take the top spot. Although its current market cap is ten times less than Bitcoin’s, Ripple has made its mark in the financial world in 2018. After rolling out its xRapid platform in 2017, the company has forged a number of high-profile relationships with leading banking institutions. After reporting the successful integration of xRapid back in July, a video has emerged of Mitsubishi UFJ Financial Group (MUFG) singing the platform’s praises.

Posted on Twitter by Steven Diep and reportedly from the Blockchain for Finance Conference, APAC, in June, the video shows one of the bank’s executives outlining how it’s using Ripple.

“Ripple is one of the solutions we are concentrating on and the one that works,” explained the MUFG executive.

Although the video doesn’t provide any startling revelations, it did serve as confirmation that Ripple is working. What’s more, the speech has a distinctly positive tone, suggesting that the company is on its way to using Ripple as the future for all of its transactions.

The banking arm of MUFG, The Bank of Tokyo-Mitsubishi UFJ (BTMU), initially partnered with Ripple in March 2017. As well as being the first Japanese bank to join the network, BTMU has since become one of Ripple’s most active users. For those involved in the initial deal, the benefits of testing the technology were twofold. In the first instance, Ripple is the only blockchain with clearly defined rules and standards for decentralized cross-border payments. Secondly, the system is able to process international payments in a cheaper, more efficient and more secure way.

According to the team at MUFG, the initial relationship has been a success both internally and externally.

“Many of us have to go through swift and incur charges, many intermediary banks part of that, and typically an SLA for fund transfer movements is between 1-3 days. Using technology such as ripple we can get that down to something like 30 seconds significantly different and a cheaper cost as well, so it’s just not time-saving but the cost as well,” said the executive.

Ripple is the Only Crypto Walking the Walk

A successful use case for any crypto is often hailed as positive. However, in the case of Ripple, the recent news is further confirmation that it’s destined to form the basis of banking in the future. While that may be a lofty statement to make, the foundation has already been laid. American Express recently said that its Ripple trials have been successful, while other banks have also backed the technology. In contrast, very few altcoins have managed to achieve this level of success or integration. Indeed, at this stage, Ethereum (ETH) has become its own little ecosystem within the crypto community, while Bitcoin (BTC) is living off of its legacy.

As far as real-world applications go, Ripple is leading the way. Of course, purists still want to debate the merits of Ripple as a truly decentralized blockchain. However, what the naysayers fail to realize is that mainstream businesses don’t really care about that. For financial institutions like MUFG, the only things that matter are:

The recent assessment from MUFG is that Ripple is providing positive answers to all three questions. That, in reality, is what matters and, moreover, what will ensure the long-term survival of any project. By positioning itself as a happy medium between disruptive blockchains like Ethereum and established banking systems, Ripple appears to have struck a chord with those in power. For those entrenched in the crypto community, it’s easy to forget that the general public needs to see some value in a project.

While it’s important to focus on the technical aspects of a blockchain, the end-user always has the last say. In this case, it seems that the team behind Ripple have embraced this notion better than any other. Although it may not result in a move up the rankings this year, it’s certainly given Ripple a more stable future than many of its counterparts. For that reason alone, investors shouldn’t be shocked to see a changing of the guard over the next five years.

The post Don’t Be Shocked if XRP Overtakes Bitcoin as Another Bank Praises Ripple appeared first on The independent republic.