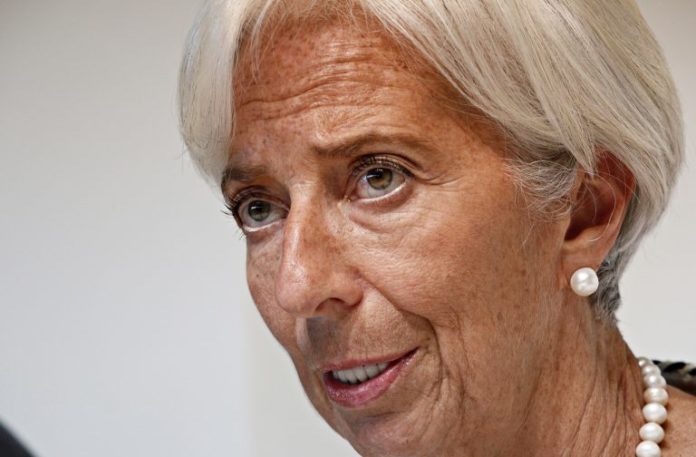 Newly installed European Central Bank President Christine Lagarde made controversial remarks in a recent statement prior to assuming her new role. The former IMF Managing Director implored: “isn’t it true that ultimately we have done the right thing to act in favour of jobs and of growth rather than the protection of savers?” Regarding former president Mario Draghi and the ECB’s negative interest rate policy, she went on to imply that people should be grateful for the job policies, savings protected or not.

Easy for You to Say, Lagarde

Some commentators were taken aback by the bold remarks reported Wednesday, with one Twitter user remarking: “translation: You should be happy to be slaves.” Another felt Lagarde’s words embodied “The old mantra to make the tax slaves think they would be jobless without the government protecting them. Propaganda doesn’t work when you’re enlightened by Bitcoin.” In her address, the new ECB leader chided the German and Dutch governments for not investing their budget surpluses in causes she deems worthy, such as infrastructure, education and innovation to “allow for a better rebalancing.” As far as the common folk go, the bigwig of financial policy noted in blatantly direct fashion:

We should be happier to have a job than to have our savings protected … I think that it is in this spirit that monetary policy has been decided by my predecessors and I think they made quite a beneficial choice.

When Lagarde says “we” one is inclined to wonder who exactly she is talking about. According to statistics, 16.9% of EU residents are living at risk of poverty even after welfare and social transfer factors are accounted for as of 2017. Many Europeans may be currently “employed,” but the nice sounding stats are often bolstered by extremely lax measures of what constitutes said employment. Spotty and unreliable jobs such as someone working only one hour a week still officially serve to make Draghi and Lagarde’s rhetoric appear sound. According to the August, 2018 study “Measuring employment and unemployment” by Bank of Italy researchers Andrea Brandolini and Eliana Viviano:

The employment rate is the proportion of the working-age population with a paid job: it is a headcount measure that disregards how working time and contract duration differ across the employed.

While the multimillion-dollar-net-worth Lagarde sips champagne in designer clothes and “power scarves,” the common plebs living paycheck-to-paycheck governed by ECB policy must remain grateful that although their savings are being eaten alive, at least they can work, maybe. Those taking issue with the new negative rate defender at the ECB are not necessarily opposed to high fashion and the good life, as much as the hypocrisy and arrogance required to utter such nonsense in a position like Lagarde’s. Savings Are Essential to Healthy Economies

As American economist Murray Rothbard once wrote, “Savings and investment are indissolubly linked. It is impossible to encourage one and discourage the other.” Without the ability to save, there is no ability to invest. No chance to build for a future, or to create space by leveraging finance for personal time for innovation, exploration and rest.

Lagarde’s proclamation that those nations with surplus should invest, while calling for everyday individuals to essentially quiet down about retaining value, betrays an important disconnect and telling, underlying worldview: money and savings are for us, working is for you.

Ironic that the socialist lawyer from France would take such a position. Looping back around to Bitcoin, the statements also betray something else. The very reason most governments stand opposed to permissionless, decentralized finance and cryptocurrencies may be that Bitcoin enables saving and spending freely, regardless of what any disconnected third party might think about what should be done with your money.

What are your thoughts on Lagarde’s remarks? Let us know in the comments section below.

The post ECB President: ’We Should Be Happier to Have a Job Than to Have Our Savings Protected’ appeared first on Bitcoin News.