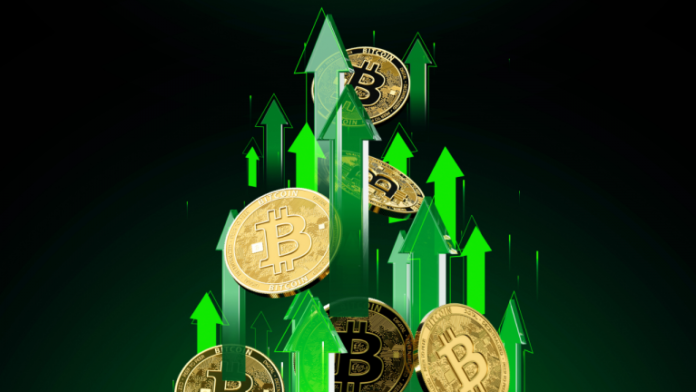 Macro strategist Raoul Pal says the price of bitcoin will reach $1 million in five years. He attributes the price increase to adoption by large pools of investors and the “enormous wall of money” coming into bitcoin, rather than because “the world is collapsing.”

Former hedge fund manager Raoul Pal shared his view on the economy, gold, and bitcoin last week in a podcast interview with Daniela Cambone of Stansberry Research. Pal previously co-managed the GLG Global Macro Fund in London after departing Goldman Sachs where he co-managed the hedge fund sales business in Equities and Equity Derivatives in Europe. He then founded Global Macro Investor and Real Vision Group.

“The economy is not going to recover for a lot longer than we expect,” he began. “There’s no stimulus around and we’ve got more problems to come in Europe, the U.S. and elsewhere. And businesses don’t have enough cash flow, they’re closing in droves and that’s what I called the insolvency phase.” The former hedge fund manager added, “The only answer is more from the central banks, so that’s why I started to buy more and more bitcoin.”

His portfolio used to be equally distributed between U.S. dollars, gold, equities, and bitcoin. However, he revealed during the podcast that his bitcoin allocation is “probably above 50% now.” While acknowledging that this BTC allocation exposes him to a 50% downside, he said it is ok for him because the upside is “so much bigger.”

Pal explained that he has reduced his cash holdings and put the funds into bitcoin. “My trading positions are relatively small because I don’t think there’s as much opportunity as the room is in bitcoin. So really, mainly a bit of cash, some gold, and bitcoin. And I’m even toying with the idea of selling my gold to buy more bitcoin,” the founder of Global Macro Investor shared, elaborating:

I don’t dislike gold but when you get to the macro opportunity … if bitcoin starts breaking out of these patterns that it’s been forming, it is going to massively outperform gold. I’m 100% sure of that so in which case why would I have the gold allocation.

The former Goldman Sachs manager clarified that he is “not fearful of hyperinflation, default or anything else,” adding that he is interested in people “adopting a different monitoring unit for their savings and reserve assets.”

Pal has a bullish forecast on the price of bitcoin, predicting that it will be $1 million within five years. He explained:

It’s going to be not because the world is collapsing [but] it’s because there’s gonna be adoption by the real large pools of capital.

He sees bitcoin adoption happening in waves, starting with retail and moving into hedge funds. However, he noted: “We are not there yet. You can’t prime broke bitcoin assets but that’s coming. We’re starting to see family offices in the space. Next is the institutions, the endowments, the pension plans, and within that you’ll find some government … suddenly say we have allocated 5% in bitcoin.” He believes that it will be a country such as Nicaragua or one with constant problems of currency devaluation. When that happens, he says it will be “another huge story,” much like the story of Microstrategy moving $425 million treasury reserve into bitcoin.

Emphasizing that “the pipes aren’t there” to allow large institutional investors to invest in bitcoin yet, he said, “but that’s coming … it’s on everybody’s radar screen and there’s a lot of smart people working on it.” Pal further shared:

From what I know, from all of the institutions, [and] all of the people I speak to, there’s an enormous wall of money coming into this.

Do you agree with Pal? Let us know in the comments section below.

How Bitcoin Could Surge 500% Amid Rising Institutional Adoption

An increasing amount of Bitcoin is being accumulated by institutions. This much was made clear on Tuesday, when Stone Ridge...