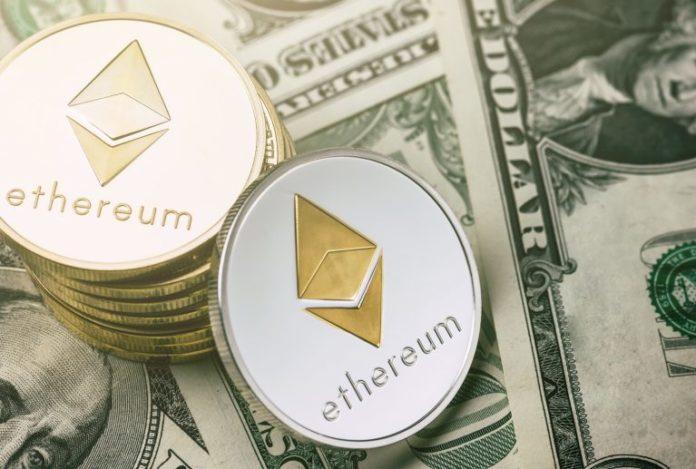 On Wednesday, Messari analyst Ryan Watkins reported on the Ethereum blockchain and how the ETH economy is now dominated by stablecoins. The ETH chain has a great number of stablecoins such as TUSD, USDT, DAI, PAX, and GUSD. All five of these stablecoins leverage the ETH chain for stable value transfers. “Stablecoin transfer value has now flipped ETH on Ethereum,” Watkins tweeted. While sharing another chart, Watkins indicated that most of the story is consumed by tether (USDT) transitioning to Ethereum last year. Watkins believes the flippening took place in mid-2019 and emphasized that since then “Ethereum’s economy is now dominated by stable value transfer.” During the last week of August 2019, news.Bitcoin.com reported on the significant migration of tether from the Omni Layer network to Ethereum. At the time, ERC20 tether transactions flipped their Omni equivalent. The stablecoin tether is a $4.6 billion dollar network and all the coins are issued and maintained on chains like BTC (Omni), ETH (ERC20), EOS, and Tron. After the significant migration into the ERC20 standard, a majority of the USDT in circulation stems from the ETH chain. Additionally, researchers have noted that 70% of the circulating tether supply is controlled by roughly 104 addresses. Following Watkins’ tweet about stablecoins flipping the chain’s native currency ether, Binance founder Changpeng Zhao (CZ) commented on the topic.

“Many of us (early adopters) don’t like stablecoins,” CZ tweeted. “But [the] fact is, that’s what’s needed to help us cross the chasm, as most new crypto people will still think in fiat base for a while to come. I wish that’s not the case, but we live on earth, not utopia.” One person disagreed with CZ and said that certain stablecoins will likely remove revenue from trading platforms. “Very hypocritical — I totally agree with you about centralized stablecoins like Paxos – Binance USD or USDC,” the individual wrote. “[But] how about crypto — collateralized ones like DAI? The truth is that [decentralized finance] apps, like Uniswap, [and] Makerdao take away a lot of revenue from exchanges like Binance,” he added. However, the Binance founder said he wasn’t worried about that situation and stated:

The more choices for users, and the more innovation for the industry, the better for all of us. Don’t worry about Binance, we will manage — We are adaptable.

Another crypto proponent agreed with CZ’s assessment and said: “That’s usually how new tech and ideas are adopted. The present generation needs one foot on the old and one on the new at the same time to feel safe and be familiarized in their new surroundings.” Out of the five stablecoins maintained on the ETH chain, tether USDT is by far the most dominant. This is followed by Circle’s USDC, Makerdao’s DAI, Pax Global’s PAX, True USD (TUSD), and Gemini’s GUSD.

Today, @RyanWatkins_ reported that transfer value of stablecoins on ethereum has surpassed that of $ETH. Token transfers as a whole have been happening with higher frequency on ethereum than non-token transfers. These are both signs $ETH is proving more utility than currency. pic.twitter.com/cAt4hfqBLU

At the time of publication, 2.29 billion USDT is represented by ERC20 tokens and there are 439 million USDC tokens housed on the ETH chain as well. In addition to all the stablecoin value held on Ethereum, a great number of exchange tokens leverage the chain. For example, exchange tokens like BNB, LEO, HT, CRO, OKB, and KCS just scratch the surface when it comes to exchange-created coins hosted on the ETH chain. Stablecoins and exchange tokens are the most used ERC20s today by a long shot, and they have surpassed most of the initial coin offering (ICO) ERC20s issued in 2017-2018. Observers like Watkins and others have asked whether “it is good for ETH or does it damage ETH’s monetary premium?” Watkins further discusses this topic in his latest research analysis hosted on the Messari website.

Disclaimer: This article is for informational purposes only. It is not an offer or solicitation of an offer to buy or sell, or a recommendation, endorsement, or sponsorship of any products, services, stablecoins or companies. Neither the company nor the author is responsible, directly or indirectly, for any damage or loss caused or alleged to be caused by or in connection with the use of or reliance on any content, goods or services mentioned in this article.