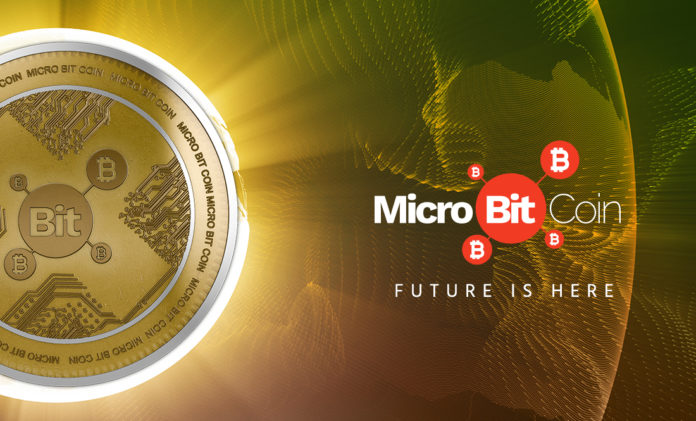 MicroBitcoin is a new, revolutionary approach to decentralized payments. This project solves the main problem of many other cryptocurrencies – high fees and long waiting for transaction confirmation. Because of these two problems, many cryptocurrencies, including the well-known bitcoin, cannot be used to pay for a сup of coffee, for example. MicroBitcoin is an instant payment system with minimal fees.

The project is a p2p decentralized network with its own blockchain for MBC cryptocurrency. MicroBitcoin provides mining using a hybrid Scrypt algorithm PoW/PoS with a self-regulating system that will allow all participants of the system to earn on mining. In total, it is planned to issue 25.2 million coins. Those users who will keep MBC on their wallets will be able to get about 10% on staking their wallet balance.. At the same time, all users will remain anonymous, as expected in truly decentralized cryptocurrency systems.

A well-designed tokenomics gives reason to believe that MBC will grow exponentially every month in price and attract new users. In addition, the development team has solved for the issue of scalability, in contrast to Bitcoin, where transactions stuck in time, and the commission increases because of the influx of users. Here, in MicroBitcoin, users pay commissions close to zero, and they will not increase significantly at peak loads. Through the use of a hybrid Scrypt algorithm, all transactions in MicroBitcoin will be executed 25 times faster than in the classic bitcoin.

The economics of the project is designed in such a way that users will be interested in mining, holding and using tokens. At the same time, the complexity of mining will be reviewed for each block.

The MicroBitcoin ICO began in February 2018 and ended in March 2018. After ICO the MBC coin was added to the Aristex exchange listing and is trading successfully there at a price of 4.80$ as per the last traded price on the exchange. This shows that the idea of fast payments and hybrid mining came to the liking of many users, and we can expect further growth in the cost of these crypto coins.Of course, the Aristrex exchange is just the beginning, and now MicroBitcoin is negotiating with other, larger exchanges about listing the MBC.

Plans for the future

Since the entire supply of coins is only 25.2 million units, it is assumed that the value of this cryptocurrency will increase exponentially. The project has a highly important task to speed up transfers between users and make them truly decentralized. There is no central server in MicroBitcoin, so users will transfer funds to each other without an intermediary, quickly, completely anonymous, and with almost zero commission. This is a real p2p platform, with no intermediaries. Users will be able to choose whether they want to reveal their identity when making a payment.

The nearest plans for the future of the project are the listing of the MicroBitcoin on other, larger exchanges. Due to the increased demand, the cryptocurrency will grow in price, which will continue to attract miners to the system and keep the network bandwidth at a high level. By 2020, the developers plan to start cooperation with cold wallet manufacturers and launch their own debit card. This will completely eliminate the need to turn to fiat money and will give users full control over their own capital.

MicroBitcoin returns us to the belief that cryptocurrency can really become a fast, cheap, convenient means of payment. MBC is able to rid us of banks and revolutionize the industry.