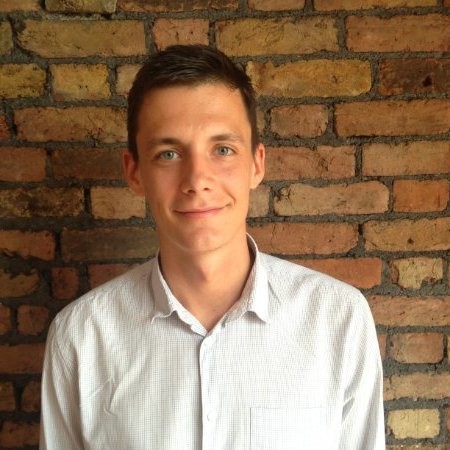 A major concern for blockchain is that, while functional, many blockchains could have trouble scaling to levels of massive user adoption.

This becomes increasingly important when you take into account how small of a percentage of people are actually making use of blockchain-powered dApps compared to the massive amount of people needed to achieve some sort of network effect to make many of these same dApps relevant in the real world.

Constellation Labs is offering a platform protocol that aims to combine both new and existing distributed technologies to build a protocol that addresses all of the current blockchain scalability issues.

The project recently raised $33.7 million in a private sale and is one of the few projects implementing a Directed Acyclic Graph (DAG) instead of a blockchain. Constellation has over 60,000 individual sign-ups for their now-closed Airdrop   and was recently listed on KuCoin.

CoinCentral got a chance to interview Constellation Labs’ Zac Russell about DAGs, the “Proof of Meme” consensus mechanism for Constellation, entrepreneurship, and the future for the distributed ledger world.

Can you explain the benefits of DAG technology over blockchain?

Traditional blockchain networks, like Bitcoin or Ethereum, require every single transaction to be validated by the entire network in a linear sequence. By its very nature, this process drastically hampers transaction speeds and limits the ability of the network to reasonably scale, a key precondition for enterprise adoption.

To put it simply, if you want to buy a coffee with bitcoin and your transaction has to be validated by every node in the network and the whole process takes half an hour, Starbucks probably won’t want to accept bitcoin.

In the case of a Directed Acyclic Graph (DAG), each transaction on the network validates and secures the next in a cyclical sequence, avoiding the energy and time costs associated with validating a single transaction across an entire network.

Furthermore, because a DAG doesn’t have miners (in a traditional sense) rather than relying on validators, the network’s transaction throughput is directly proportional to the number of people who join the network.

This means that as more participants use Constellation, the network actually speeds up, rather than congesting, as is the case with most legacy blockchains.

For further information, check out a recent blog post we did on this very question.

It’s a succinct breakdown on DAG vs traditional blockchain.

Traditional consensus models like Proof of Work (PoW) and Proof of Stake (PoS) are highly susceptible to power consolidation and manipulation, and therefore, are unattractive to stakeholders responsible for real enterprise adoption.

In the case of PoW, an individual or group with enough mining/computational resources could secure large swaths of a network and manipulate it to their advantage — the current situation where the majority of bitcoin is mined from China. In the case of PoS, the same can be done by an individual or groups who may create plutocracies by holding the most amount of value.

By contrast, Constellation’s Proof of Meme mechanism (a reference to Richard Dawkin’s work on memetics in nature) is a novel and fair consensus model which uses reputation scoring to secure a network.

So, no matter how much money or power you bring to a network, the system rewards ‘good actors’ by analyzing on and off chain data.

Watching the videos on the Constellation website where you talk about being able to work to each other’s strengths and weaknesses, it seems like the leadership team has a great dynamic. How did you guys come together?

We’re a very tight-knit group! The engineering team is made up of friends and former colleagues from Radius, Oracle, and Salesforce, where they worked on distributed systems and machine learning.

The co-founders have all been friends for years and have since formed an amazing team of passionate individuals, all experts in their given fields.  We now have a core team of 25 people, all of which are friends or former colleagues.

We haven’t had to hire outside of our networks yet, which is a great testament to the team and our vision!

What is coming up for Constellation between now and the end of the year?

Our business whitepaper will be released on September 2nd, which will provide a succinct and detailed 3-year roadmap. We also anticipate the release of V2 of Orion with the launch of bounties and developer tools by the end of the year.

We are no working towards releasing V2 of our code and with that, our mainnet should launch shortly thereafter. We have some big partnerships in the works, but we have to keep our lips sealed on that for now.

You recently launched Orion, the community portal for developers. How has it been received so far?

The developer community reaction has been great so far. Orion serves as a central hub, where all of our content and information is federated. It can be tricky to keep track of all that’s going on — our community is spread across Twitter, Telegram, Reddit, Bitcoin Talk, and more.

Orion allows us to focus on building products which are then tested by community members and posted across the wider crypto ecosystem. That’s V1. The upcoming V2 will include developer documentation and an app marketplace.

The launch of Orion really cemented our presence in the developer scene and continues to attract great talent.

One of your blog posts talks about the ease of app development on the Constellation platform, using mainstream languages like Python as opposed to platform-specific languages like Solidity. For non-tech people, can you explain why is this important?

Existing blockchain languages are obscure and have a steep learning curves, case in point being Ethereum’s Solidity. Rather than having developers bend over backwards to build on our platform, we’re taking existing languages (Java) which already have consumer and enterprise adoption, and applying them to our protocol.

Such a move allows more people to have the ability to build DApps, and also makes it easier for enterprise businesses to integrate Constellation into their existing tech stack.

For more information check out our blog post on exactly how this works.

You’ve stated your belief that legacy blockchain networks will not be able to upgrade sufficiently to achieve widespread adoption. Why is this the case?

While it is theoretically possible for blockchain networks to implement scaling upgrades, doing so retroactively and post-mainnet launch is a messy and political process. Worse still is the fact that most scaling efforts, like Ethereum’s attempts to put in place a PoS mechanism, simply creates plutocracies.

There are projects working on to fix this issue but they have patches that don’t address the fundamental structure of legacy blockchains. The crypto space is slowly allowing decentralization, a primary spiritual tenet of blockchain, to be sacrificed at the altar of scalability in the hopes that it will lead to mainstream enterprise adoption. It won’t, and, more importantly, we don’t even have to make that tradeoff.

Constellation is utilizing both new and existing distributed technology, and building a protocol that addresses these issues at the very root.

Why is it important to make nodes accessible to the layperson?

On a technical level, Constellation scales and becomes more powerful when more people join and participate in the network.

However, on a higher level, we see mainstream adoption of cryptocurrencies as being inextricably linked to global node accessibility across all demographic groups. If crypto is to really take off, average people need to have the option to become validators, as well as consumers.

As such, in the run-up to our mainnet launch, we are working feverishly to ensure that setting up and running a node will be as simple as possible.

North Korea is reportedly planning to hold a conference devoted to blockchain technologies and cryptocurrencies. The event, said to have...