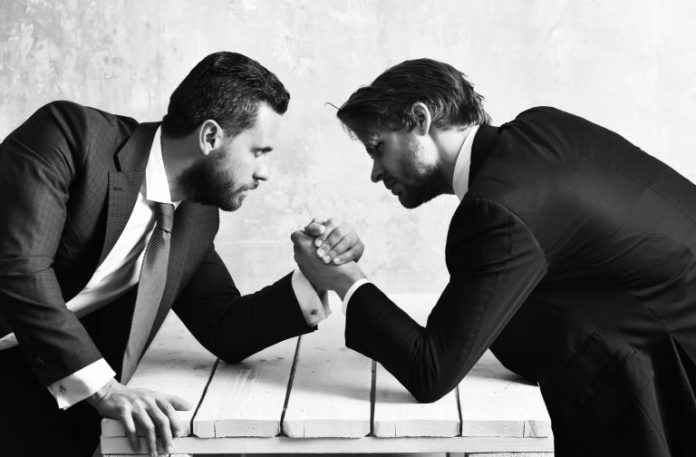 As regulation continues growing exponentially for cryptocurrencies worldwide, a chasm is yawning ever deeper between supporters. On the one hand, many yearn for massive adoption and clear regulations so they can get on with their trading, and get on with their lives – not to mention the lucrative value gains attendant to such ubiquity. This notwithstanding, there remains a sizeable camp of hardheaded purists, who believe that sacrificing the whole foundational principle of bitcoin – permissionless, P2P transaction without intermediaries – is crypto-suicide, and should be avoided at all costs.

Also Read: The Most Important Aspect of Bitcoin Is the Separation of Money and State

The so-called Bitcoin revolution, as touted by so many keyboard warriors on social media, sounds great. Overthrowing the violent fiat monopoly on money for the greater good of humankind is indeed a noble pursuit. Ages of forced financial servitude and debt-slavery via taxes, corruption, and unsound policy could be snuffed out peacefully, with a new era of financial freedom coming into clear view. The regulatory and governmental bodies that fought the emergent technology will finally acquiesce, yielding power back to the people as wealth creation and innovation are spurred, and everyone lives happily ever after. Except that, well, nothing works like that.

With heavily armed agencies like the IRS, DHS, and others warning holders of crypto that their business is always state business, and massive news media outlets like the New York Times on a propaganda stampede to convince Americans that crypto is synonymous with terror, being a “bitcoin revolutionary” becomes much less appealing. Even MSM outlets like CNBC are hosting panelists divided on the best course of action.

Typing revolutionary shit on a keyboard is one thing – actually standing up for one’s convictions is another. As such, many of these Twitter Che Guevaras have taken a new tack: bringing about the revolution via mainstream regulation and centralized exchange. Creating a new ‘fiat lite,’ in other words, that is convenient, centralized, and less private than paper money. This would be akin to having one’s enemy privately inspect one’s own weapon before battle, according to some.

The other crowd – the hardheaded “freedom for all” or “freedom maximalist” crowd – sees things much differently. An illustration of this vision would be the recently vandalized 102-year-old national bank facade in Australia, tagged by a man who spray painted sloppily “Bitcoin will win” over the face of the building. While most principled bitcoiners don’t advocate vandalism, the picture is painted well. Central banks and bitcoin simply do not mix – just like oil and water. They can work together on a voluntary basis, sure. But once the situation is forced by law as commonly understood (a monopoly on violence), the commonality ends in an abrupt, sheer drop.

As American economist and social theorist Thomas Sowell has written:

Fueling the growing divide between the two camps are propagandistic assaults on free trade, from prominent media outlets like the New York Times and Bloomberg, to the U.S. Federal Government itself. Other governments are doing the same, but for the purposes of this exploration, the U.S. state serves well as an example.

With titles like “Terrorists Turn to Bitcoin for Funding, and They’re Learning Fast” and “Bitcoin and Gold Are Monuments to Irrationality” repeating over and over, and the government itself calling Bitcoin a “thin air” asset conducive to crime, it’s not hard to see the message. Funny that this “thin air” is still being hunted down rabidly by agencies like the IRS for payments, though.

This is going to be a part of the terrorist financing mix, and it is something that people should pay attention to.

Interestingly Fanusie was just appointed to the heavily criticized and legally embattled membership of the New York State Digital Currency Task Force last month. And never mind that, overwhelmingly, it is fiat money used to engage in money laundering, drug/sex/weapons trafficking, and violence. This reality does not fit the government insider narrative, though, so it is often ignored.

It’s no surprise that with this brainwashing campaign in full-force, many on Twitter are frothing at the mouth to report acquaintances to violent groups like the IRS in order to earn a monetary reward. Typing “IRS report reward” in the Twitter search bar produces results numerous and slimy enough to turn even the stomachs of average, non-libertarian types. It’s a homegrown gestapo coming up in full force.

Is There a Middle Ground?

As far as a spectrum for crypto freedom and regulation goes, there is only a middle ground in the debate practically. Morally, there is none. Mathematically, there is none. The state will continue to leverage fear-based regulations made possible by threats, and this will in effect inhibit a certain amount and certain types of crypto usage. At press time, for example, many in the crypto space are currently speculating that recent drops in the price of BTC are due to IRS tax letter response deadlines approaching. Violence always changes practical reality.

All this said, the Bitcoin protocol is still just math. It allows for and enables permissionless, P2P transaction of money. Thus, the real divide can be seen much more clearly. The question is not a debate between pro-regulation and pro-freedom camps, but a debate between those who would willingly leverage violent force on non-violent human beings, and those who would not. The pro-regulation keyboard warriors aren’t likely brave enough to carry out the violence themselves, but are more than happy to see the state bring it to bear, or to vote for it. The Necessity of Freedom

To those who would live freely and transact freely regardless, the road is uncertain. One thing is not, however: most principled hodlers and spenders wouldn’t be caught dead in a limp-spined, milksop revolution promoting a fiat lite, no matter how “extreme” peaceful human interaction might seem to the warped estimations of those promoting an unethical, illegitimate, and anti-human status quo via centralized policy. Where each independent market actor will venture, however, remains to be seen.

Which camp, if any, are you in? Let us know in the comments section below.

Bitcoin can be seen bouncing off the 0.382 Fibonacci level around $9,600 as price action visibly creates an ascending wedge....