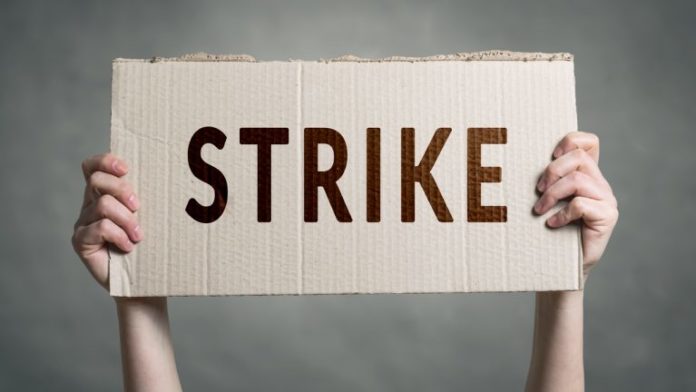 The Filecoin project has surely seen a lot of hype but during the last few weeks before the launch, the cooperative digital storage crypto project has been criticized a great deal. This weekend a few Filecoin miners have been on strike and claim the economic model is not working out for them.

Just recently the Filecoin (FIL) token offering has been a topical conversation, as the project joins the cryptocurrency economy. Moreover, controversy recently surrounded the project when the crypto community questioned the movement of 800,000 FIL tokens. Now another story is arising that shows a few FIL miners are striking because the economic model is conflicting and they allegedly cannot profit. That’s according to a number of social media posts and an interview with a number of leading FIL mining operators. For instance, the chairman of the firm Space Cloud, Lai Chuhang, explained how the Filecoin economic model is currently inefficient and noted the “community consensus may split.”

“If this situation continues,” Chuhang said. “Miners will have to buy coins at high prices in the secondary market. Obviously it’s not worth it. In the current situation, community consensus may split, and the project may be worrying.”

On Twitter, the account called ‘Nico Deva’ discussed why after 24 hours of launch, a majority of FIL miners are on strike and discussing “a failed wedding and forks.”

“Filecoin is very complex and requires high-end hardware, including min 128GB mem,” Nico Deva tweeted. “Example of [one] miner, that is [three] servers with [two] computing and [one] storing, from 6block. Price is a very high retail [$40,000] (includes hosting and maintenance ), regular prices min. $20k, 350TB. Sealing speed is the bottleneck, you can provide a lot of space but with 2 computing servers you can still only seal about 1TB/day for your 336TB of storage, and it can take from 210 to 350 days to use and mine with the actual full space.”

Meanwhile, you need to stake FIL as collateral for the space provided, this is a guarantee and is slashed if space commitment is not honoured (the goal being to insure that data isn’t lost). But that’s a chicken and egg [problem], as nobody has FIL to start mining and get FIL.

Deva concluded by saying: “Here in China people are disgusted, 恶心, this is the word repeated.” According to the interview with Filecoin miners, one of the Filecoin community members explained that miners should appreciate the project’s proposal of FPI-004. Allegedly FPI-004 can help solve some of the problems FIL miners are dealing with.

“Only if we cooperate, the network can get better,” the Filecoin community member said. “Whether to take special improvements is up to the community. Generally speaking, if people with ideas for improvements can help build them, the ecosystem will get better.”

What do you think about the problems Filecoin is facing? Let us know what you think in the comments section below.